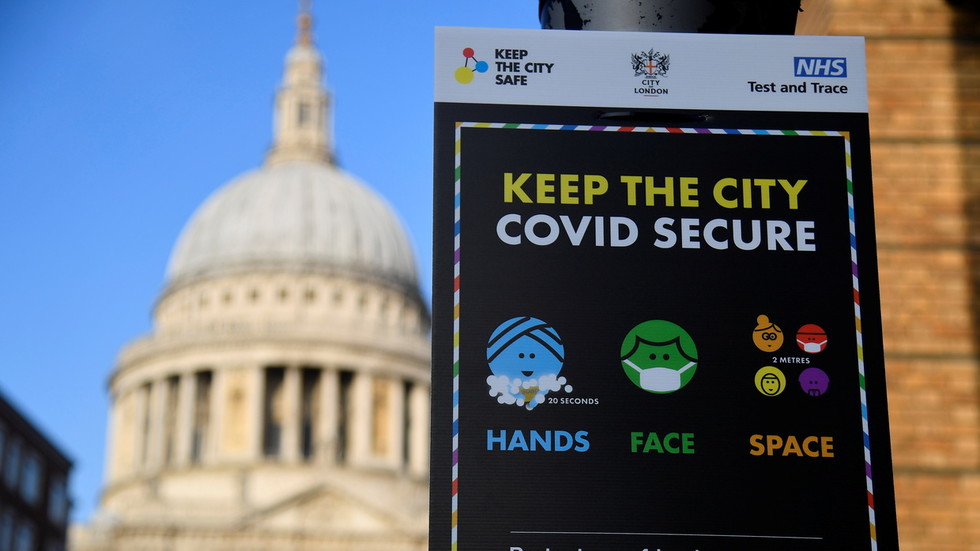 ‘It should be the last national lockdown,’ says UK vax minister ahead of PM’s long-awaited announcement to ease Covid restrictions

The British vaccines minister has said the government will adopt a “cautious” approach to leaving the country’s Covid-19 induced lockdown, but added that families may still have to wait a month before travelling to meet outdoors.
“I am confident that if we do this cautiously and we do it based on the data and evidence, it will be sustainable, and it will be the last time we enter a lockdown because of Covid-19,” vaccines minister Nadhim Zahawi told Sky News on Monday.

Asked about what measures were being planned, Zahawi said that Britons may need to wait until March 29 before travelling to visit their families – a move which would mark the end of the ‘stay at home’ and ‘stay local’ orders.

“If everything goes well… it is allowing two families to come together outdoors, or the rule of six, and it is a national rule rather than a regional or tiered rule,” the vaccine minister noted.

Zahawi added that the priority remained getting children back to school on March 8 and allowing two people to meet up for a coffee in order to address issues relating to loneliness and mental health.

The minister’s comments come ahead of Prime Minister Boris Johnson’s announcement on Monday regarding the roadmap out of the UK’s Covid-19 lockdown. Johnson is due to address lawmakers at 3.30pm and then the nation later in the evening.

The government continues to promise a measured approach which will be guided by data and science rather than economic needs.

The UK recently hit its first vaccination target of inoculating more than 15 million people by mid-February, a feat which has been touted as a major milestone in allowing parts of the economy to open up.
#COVID-19  #vaccine  #Covid  #Boris Johnson  #Vaccines
Add Comment