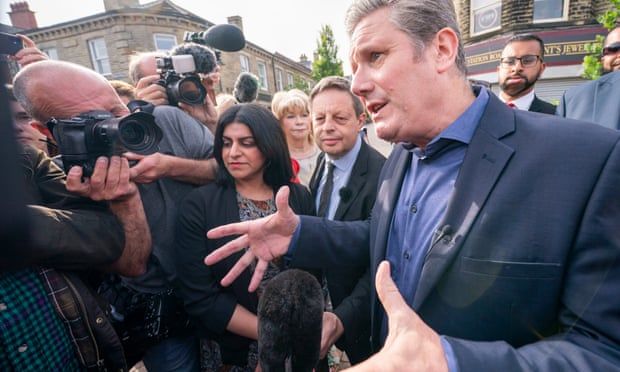 Keir Starmer felt so strongly about the Brexit referendum result in June 2016 that he quit as a junior shadow minister under Jeremy Corbyn.

A few months later he returned to the Labour frontbench as shadow Brexit secretary and spent the next four years campaigning to mitigate the result, which he described as “catastrophic”, while at the same time retaining voters in “red wall” constituencies.

But he was a remainer.

He campaigned against a no-deal Brexit and for a second referendum to give the people a “confirmatory vote” on any deal with Brussels.

Yet in a speech on Monday night the Labour leader will make clear that the party will neither seek to reverse Brexit nor soften Boris Johnson’s hard Brexit by returning to the single market which included the free movement of people and goods across the EU.

Is this a U-turn by Starmer? The former director of public prosecutions has tried to maintain a delicate and diplomatic balance amid the divided views on Brexit within his party, its supporters and voters.

Here is a quick reminder of what he has said in the past.

“The EU referendum result was catastrophic for the UK, for our communities and for the next generation.” – Starmer’s resignation letter to Jeremy Corbyn.

The Labour party was divided on the single market issue because of support for immigration controls in Brexit-supporting constituencies.

In 2018, the party rejected an amendment to the withdrawal bill which would keep Britain in the European Economic Area (EEA) and the single market, with Starmer proposing closer links to the EU and promising to negotiate a version of free movement. The EU rejected it as “cakeism” saying the four freedoms that came with the single market – of goods, capital, services and people – were not “divisible”.

Starmer continued on the Labour tight rope at the party conference later that year.

But in a surprise ad lib comment, he delighted many in the auditorium when he said: “Nobody is ruling out remain as an option.”

Starmer vows that remain would be a choice on a second referendum. It should give voters the choice of a “credible leave deal and remain”, he told the BBC’s Today programme.

In the aftermath of the European parliament elections, which put Labour third behind the Brexit party and the Lib Dems, he again showed his remainer colours.

“In the aftermath of the local elections and particularly the EU elections, there are many in the Labour party who feel we need to be very clear about a second referendum and about making the case for remain,” he said.

“That’s certainly what I’m advocating, discussions are going on at the moment, I hope we can resolve it pretty soon, and that will be a material step in the right direction as far as I’m concerned.”

After the hard Brexit deal struck by Lord Frost, Starmer abandoned the commitment to free movement of people which he had made in the Labour leadership contest.

“There are some who say: ‘We don’t need to make Brexit work – we need to reverse it.’

“Because you cannot move forward or grow the country or deliver change or win back the trust of those who have lost faith in politics if you’re constantly focused on the arguments of the past,” he told the Centre for European Reform.