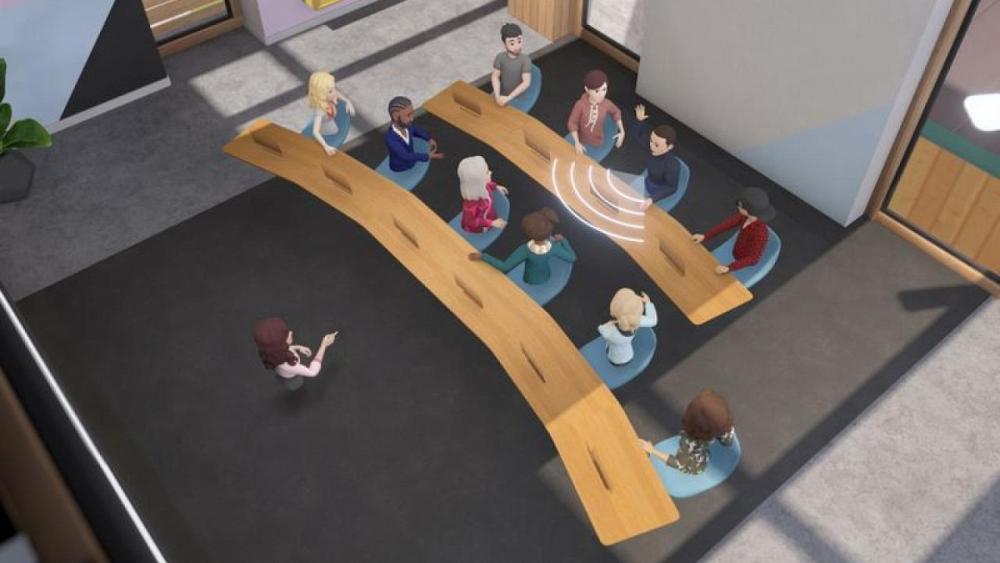 Is Facebook’s virtual reality app the future of work meetings?

Facebook is testing a new VR app that allows you to join meetings remotely as an avatar.

Facebook has launched a new virtual reality app that allows remote workers to exist as avatars and collaborate in the same virtual space.

The social media giant on Thursday carried out a beta test of its “Horizon Workrooms” app on the Oculus Quest 2 VR headset.

It comes as companies continue to work remotely during the ongoing COVID-19 pandemic.

“We shouldn’t really have to physically be together to feel present, collaborate or brainstorm,” Facebook CEO Mark Zuckerberg told reporters.

“Video conferencing has taken us pretty far, but as we start planning to go back into the office, I’m not super excited about having most meetings be over video”.

In the VR test, Facebook showed how users can design avatar versions of themselves and can collaborate on shared documents and whiteboards in virtual conference rooms while using their own physical desks and computer keyboards at home.

You can also pin images from your computer on the whiteboard and then mark them up and review with colleagues.

Oculus said on its website that Workrooms was designed so that you can use your hands, which it says “helps to create a more natural and expressive social experience” and lets you switch more easily between physical tools like your keyboard and controllers.

The app allows up to 16 people to meet in virtual reality and up to 50 total including video conference participants. The app is free but only through Facebook’s Quest 2 headsets which cost just over €250.

The company said it would not use people’s work conversations and materials in Workrooms to target ads on Facebook.

Andrew “Boz” Bosworth, the company’s vice president of its Reality Labs group, said the new Workrooms app gives “a good sense” of how the company envisions elements of the metaverse.

Facebook sees its latest launch as an early step toward building the futuristic “metaverse” that Zuckerberg has touted in the last few weeks.

The metaverse, short for "meta-universe", is a digital world where the real and virtual merge into a vision of science fiction and allows people to move between different devices and communicate in a virtual environment.

In practical terms, it refers to augmented and virtual reality products and services.

The term designates a cyberspace parallel to physical reality where a community of people can interact in the form of avatars.

The concept was coined by author Neal Stephenson in the 1992 science fiction novel "Snow Crash". It refers to the merging of physical, augmented, and virtual reality in a shared online space.

Some video game communities have already created embryos of meta-universes, such as Roblox (a platform that includes myriads of games created by children and teenagers) or Fortnite (a shooter and survival game that boasts 350 million players). 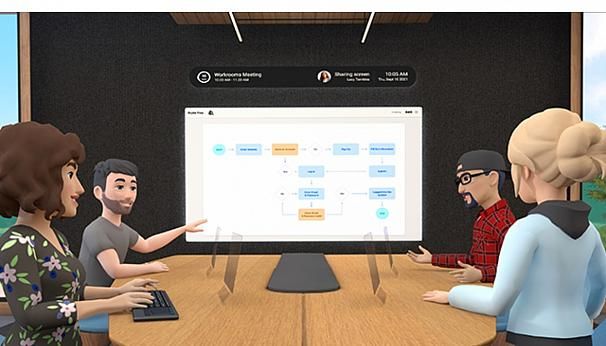 In July, Zuckerberg hailed the so-called "metaverse", describing it as the "next generation of the internet and next chapter".

He also announced a special Facebook product team that would work to develop its ‘metaverse’ ambitions, which would be part of its AR and VR group Facebook Reality Labs.

Facebook is also trying to create a wristband that allows people to control their digital devices with simple gestures, and is also researching how to make people’s eyes appear in virtual environments.