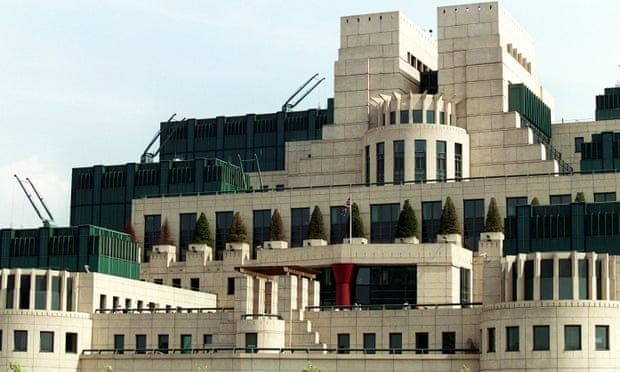 Intelligence and security committee report signed off after complaint to PM

Cross-party group overseeing spy agencies pushed Boris Johnson to let it publish report before Christmas
A frustrated intelligence and security committee – the parliamentary body that has oversight of Britain’s spy agencies – was forced to make a public complaint in order to persuade Boris Johnson to let it publish its annual report before Christmas.

The cross-party group had warned on Tuesday that Johnson had been so slow that there was a risk it would not be able to release the latest review before the end of year recess, echoing a previous row when No 10 had sat on its Russia report.

The body then called on Johnson to clear the report by Friday because it was “the last possible day if the report (which has already been delayed for six months by late returns by the government) is to be published before the house rises for Christmas recess”.

Tuesday’s complaint produced the desired result. On Wednesday afternoon, the committee confirmed that Johnson had now signed off the report, just over a fortnight after the deadline but nevertheless in time for publication before the end of the year.

Downing Street has to clear draft ISC reports to ensure they do not contain any secret material that would prejudice the operations of MI5, MI6 or GCHQ, the UK’s three principal intelligence agencies. The prime minister can demand specific redactions, although it is not clear if that has happened in this case.

A series of political rows have bedevilled the work of the committee since Johnson became prime minister and refused to clear its highly critical Russia report before the 2019 general election.

The report was eventually published in July 2020, seven months after the election. It concluded that government and intelligence agencies failed to conduct any assessment of Kremlin attempts to interfere with the 2016 Brexit referendum, and the spy agencies were accused of taking their “eye off the ball” when it came to Russia.

Johnson then hoped to appoint former justice and transport secretary Chris Grayling as chair of the committee, but a revolt by its members led to the appointment of another Conservative, Julian Lewis, as chair. An annoyed Downing Street had Lewis kicked out of the parliamentary party for several months.

Unlike other parliamentary committees, the ISC sits in secret. But it does produce unclassified reports, albeit with passages redacted, usually at the request of the intelligence agencies.
#Boris Johnson  #Johnson
Add Comment