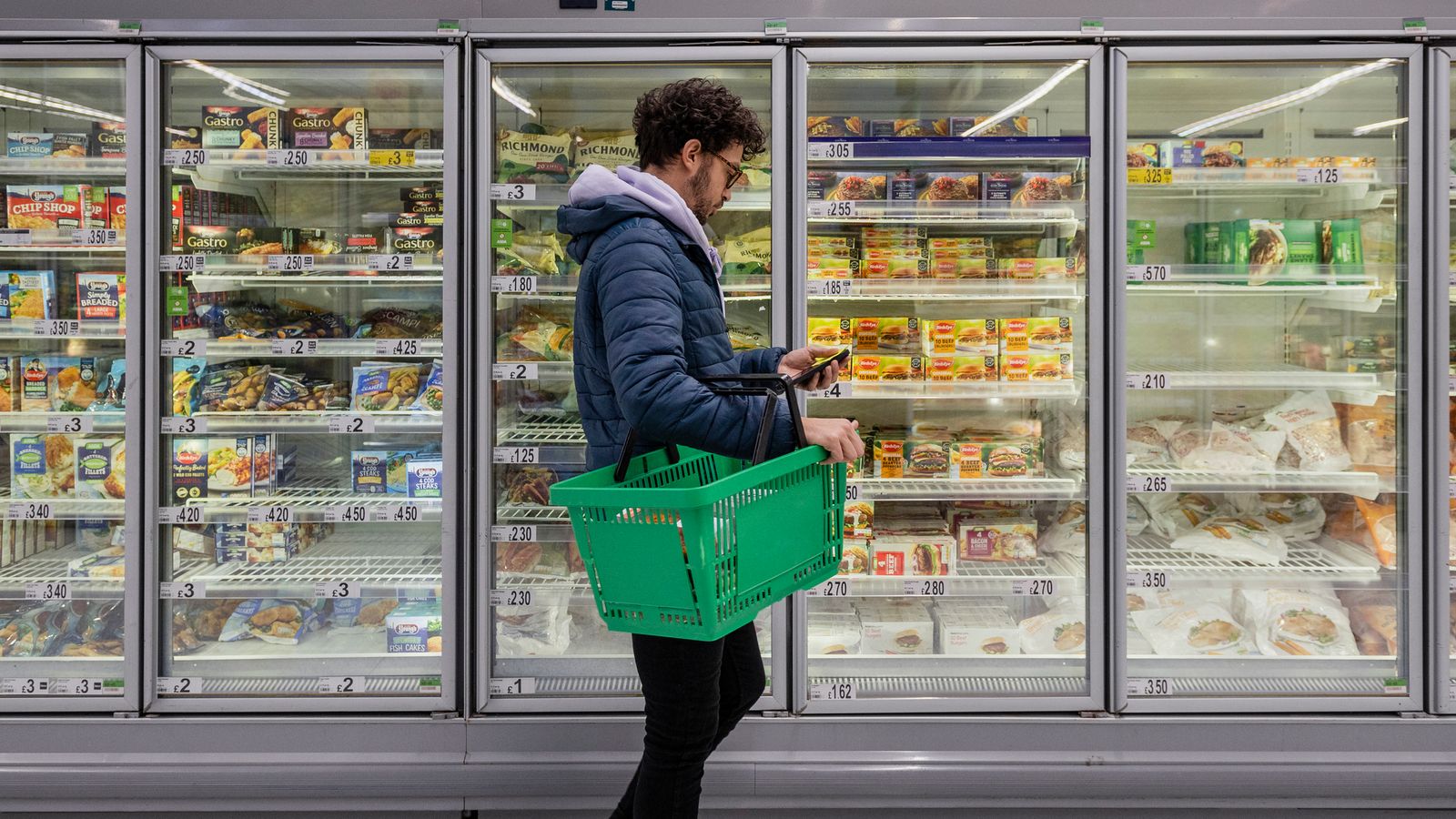 Inflation at 40-year high of 9.4% as cost of living crisis mounts

Economists are warning that inflation has not yet reached its peak, with another round of energy bill increases in October expected to push it higher.

The rate of inflation has hit a fresh 40-year high, placing further strain on household budgets as the cost of living crisis mounts.

British consumer price inflation reached an annual rate of 9.4% in June, up from May's reading of 9.1%, the Office for National Statistics (ONS) said.

It means Britain had the highest rate of inflation in June among the Group of Seven advanced economies - Canada and Japan have yet to report June data, but neither are likely to come close to Britain's price growth. 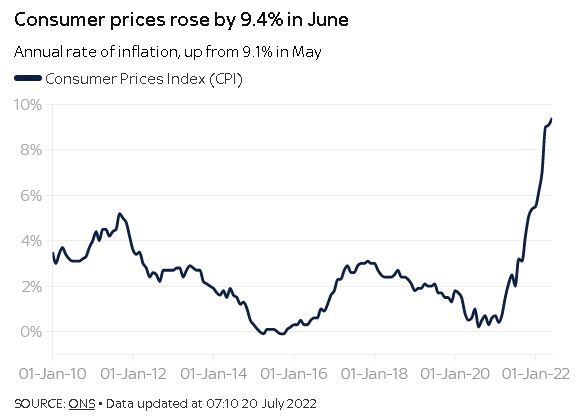 The ONS said that June's inflation figure was partly due to a 42% year-on-year increase in petrol prices, and an increase of almost 10% in food prices.

The prices paid by factories for materials and energy were 24% higher in June than a year earlier - the biggest increase since records began in 1985 - while prices charged by factories jumped by 16.5%.

The Bank of England is expecting a further acceleration - beyond 11% - in October when the energy price cap is adjusted again and is predicted to surge towards average annual bills above £3,000.

April's level was £1,971 and marked only a tentative increase in response to the spike in wholesale prices unleashed by Russia's war in Ukraine.

Inflation's peak 'is still some way off'

Yael Selfin, chief economist at KPMG UK, agreed the peak in inflation is "still some way off", adding that energy bill increases in October would stop it from falling to 2% before mid-2024.

"This means more pain is on the way for household budgets as the high rate of inflation continues to outpace wage growth, bringing down the real value of incomes across the UK.

"We also expect the Bank of England to continue raising the base interest rate, which we now expect to reach 2% early next year, to stave off further rounds of inflation rises."

The Bank of England, which has raised the Bank rate at each of its monetary policy meetings since December last year, is tipped to hike the rate again next month.

It is under pressure to take more drastic action - beyond the 0.25 percentage point increases announced to date that have taken the Bank rate to 1.25%.

The grim warnings around the pace of price increases ahead also leaves the government in the firing line as the Tory leadership contest continues.

'We need more than sticking plasters'

Rachel Reeves, Labour's shadow chancellor, said: "The cost of living crisis is leaving families more worried every day, but all we get from the Tories is chaos, distraction and unfunded fantasy economics.

"Rising inflation may be pushing family finances to the brink, but the low wage spiral facing so many in Britain isn't new.

"It's the result of a decade of Tory mismanagement of our economy meaning living standards and real wages have failed to grow.

"We need more than sticking plasters to get us back on course - we need a stronger, and more secure economy.

"Only a Labour government will build the high wage, high growth, low and stable inflation economy we deserve."

Chancellor Nadhim Zahawi said: "Countries around the world are battling higher prices and I know how difficult that is for people right here in the UK, so we are working alongside the Bank of England to bear down on inflation.

"We've introduced £37bn worth of help for households, including at least £1,200 for eight million of the most vulnerable families and lifting over two million more of the lowest paid out of paying personal tax."

Former chancellor Rishi Sunak - currently the frontrunner in the race to replace Boris Johnson as prime minister - has signalled that he would be unwilling to spend more in the short term for fear of inflicting further damage on the public finances following the COVID bailout for the economy.