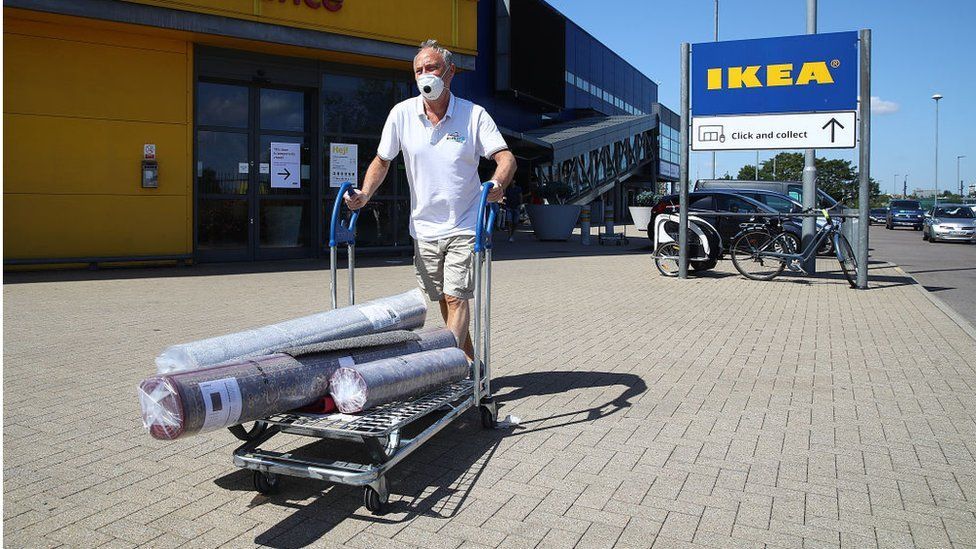 Ikea struggles with supply problems due to driver shortage

Furniture giant Ikea is struggling to supply about 1,000 product lines as a shortage of HGV drivers continues to hit businesses.

The company said the shortage of products, including mattresses at some stores, was down to Covid and Brexit.

Businesses ranging from flu vaccine suppliers to food and drink firms have also been suffering from supply issues.

The government has previously said it is "working closely with industry to address sector challenges".

Ikea said that all 22 of its UK and Ireland stores were having supply problems with 10% of its stock, or around 1,000 product lines.

"Like many retailers, we are experiencing ongoing challenges with our supply chains due to Covid-19 and labour shortages, with transport, raw materials and sourcing all impacted. In addition, we are seeing higher customer demand as more people are spending more time at home.

"As a result, we are experiencing low availability in some of our ranges, including mattresses."

The retailer apologised and said it hoped the situation would improve "in the coming weeks and months".

"What we are seeing is a perfect storm of issues, including the disruption of global trade flows and a shortage of drivers, which have been exacerbated by the pandemic and Brexit," Ikea said.

There has been disruption in the global container shipping industry due to the pandemic, while Brexit labour shortages span from lorry drivers to meat production workers.

The National Pig Association warned on Sunday that there was a backlog of 85,000 pigs on farms dues to a significant shortage of abattoir workers, and that this figure was growing at 15,000 per week.

"If processors continue not to take the pigs they will have to go somewhere," said National Pig Association chief executive Zoe Davies.

"If the government doesn't act soon to alleviate labour shortage in plants, farmers will be forced to make difficult choices.

"The last thing we want to see is pigs being destroyed on farms and the meat wasted, so we are talking to processors about options."

She added that the government does not appear to have "the slightest interest in helping us here which I find both incredibly disappointing and galling in equal measure considering this situation is entirely within their gift to resolve". 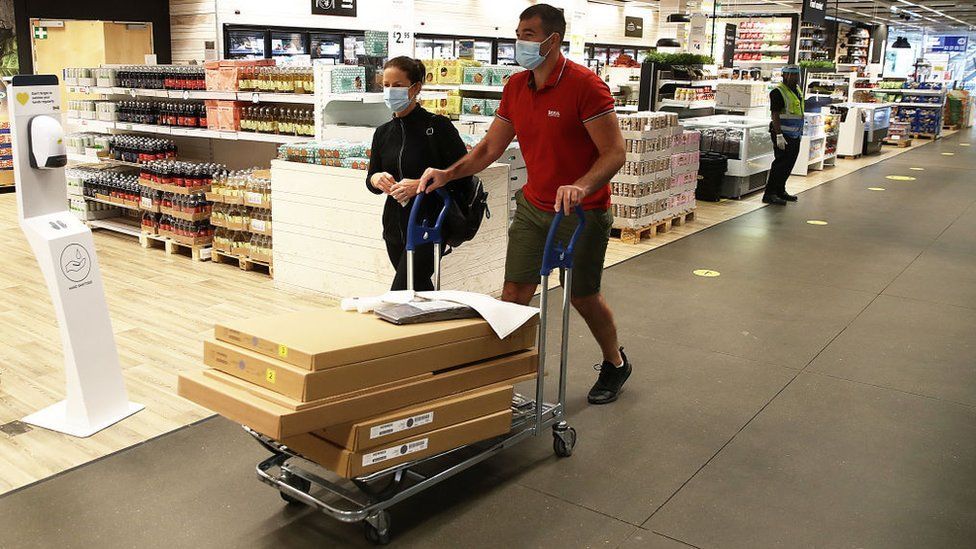 Businesses across the board have been hit by supply chain problems which hauliers have blamed on Covid and Brexit.

Flu jabs in England and Wales have been delayed due to the HGV driver shortage, and food firms including Tesco and Iceland have said there could be shortages of some products in the run-up to Christmas.

Wetherspoons ran short of some beer brands, but downplayed the link to Brexit, instead saying the shortages were down to industrial action. Unions, however, say this industrial action never took place.

There is a shortage of more than 100,000 drivers in the UK, according to the Road Haulage Association.

During the pandemic as travel restrictions came in, many European lorry drivers went home to their own countries, and then decided to work elsewhere.

There have also been tax changes which mean it's now more expensive for foreign drivers to work in the UK.

Logistics firms have been calling for the government to allow temporary work visas for lorries in the short term to try to alleviate the problem.

But the government has consistently said that firms have to do more to find UK drivers.

It has previously said: "We're working closely with industry to address sector challenges, which are similarly being faced by other countries around the world.

"This includes plans to streamline the process for new drivers to gain their HGV licence and to increase the number of driving tests able to be conducted.