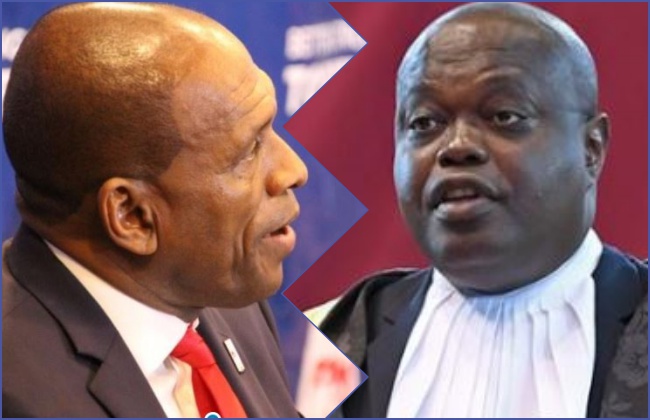 Fourth District Representative, Mark Vanterpool and former Speaker of the House of Assembly, Julian Willock have both called for the BVI to cut ties with the United Kingdom (UK) as the territory’s administering power.

Vanterpool, while speaking in the House of Assembly (HOA) recently, protested that the BVI was handed a bouquet with a bunch of recommendations in the Commission of Inquiry (COI) report recently, with the first of these being for a UK takeover.

He said while some things might not have been done in the right way in the past in the BVI, the territory has the ability to correct it and should be allowed to do so.

“Write the report, recommend, make a recommendation and let us correct it. Don’t tell me you have to come and correct it for us,” Vanterpool said.

Vanterpool argued that the same conservative UK government that insisted that Europeans shouldn’t tell them what to do, were now insisting on telling the BVI government what it should do.

He called it hypocrisy for the UK to be doing this to the BVI and said it was unacceptable.

Brexit is an abbreviation of two English words — ‘Britain’ and ‘exit’ — and refers to the withdrawal process of the United Kingdom from the European Union.

In the meantime, when asked in a recent interview where he saw the BVI‘s political future, the former Speaker Willock said: “The political future of the BVI is that we must be talking now about self-determination, whatever form that takes.”

According to Willock, being free in that context means the BVI would have its own independent institutions and have no governor or administrative power like the UK.

“The future of the BVI is we need our independence,“ Willock insisted while conceding that the BVI has some things to fix.