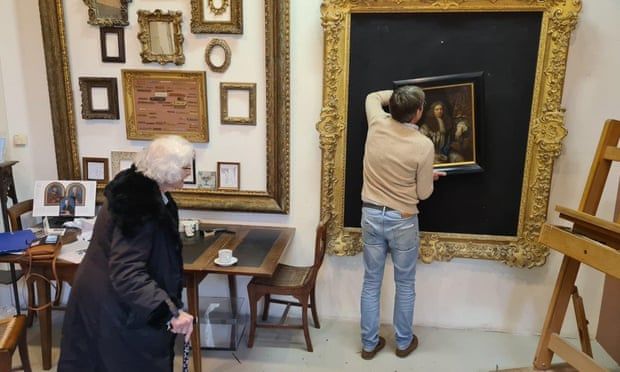 ‘I am amazed’: 101-year-old Dutch woman reunited with painting looted by Nazis

Exclusive: she will sell the 1683 portrait of Steven Wolters by Caspar Netscher through Sotheby’s so her family can benefit from the proceeds

At the age of 101, a Dutch woman has been reunited with a painting that had been looted from her father by the Nazis during the second world war, but she has decided to sell it through Sotheby’s in London so that her family can benefit from the proceeds.

Charlotte Bischoff van Heemskerck, a non-practising Baptist who joined the Dutch resistance, had never given up hope of finding the 1683 portrait of Steven Wolters by Caspar Netscher, a Dutch master whose paintings are in the National Gallery in London.

It had hung in her childhood home in Arnhem and had been a much-loved possession of her father, Joan Hendrik Smidt van Gelder, a doctor and director of the city’s children’s hospital, who went into hiding after refusing to accept Nazi orders.

After Germany’s invasion of the Netherlands in 1940, he had stored the painting in the Amsterdam Bank in Arnhem, thinking it would be safe there. But the Nazis broke into the vaults and seized it, amid widespread looting, destruction and devastation.

In 1944, Allied forces launched Operation Market Garden, in which the British 1st Airborne Division attempted to seize the strategically important road bridge over the Rhine at Arnhem, as shown in the classic film A Bridge Too Far.

Amid the chaos of war, the painting disappeared. But detective work by the London-based Commission for Looted Art in Europe, established that it had surfaced at a Düsseldorf gallery in the mid-1950s, was auctioned in Amsterdam in 1969 and acquired by a private collector in Germany in 1971. Negotiations with the collector led to the painting being returned to Bischoff van Heemskerck in 2021. 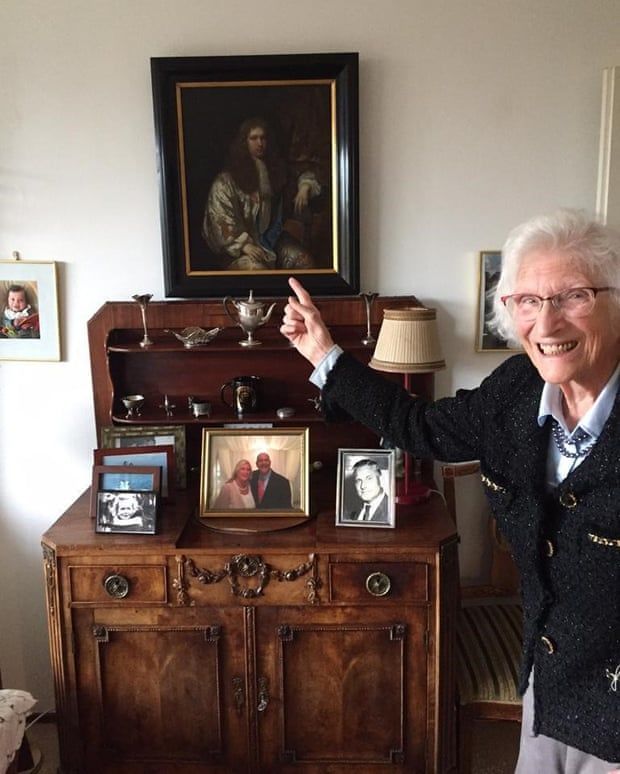 Recalling the moment that she saw it again, she told the Guardian: “I was amazed.”

But, having treasured the painting for six months, she has consigned it to Sotheby’s in London, which will auction it on 6 July. It is estimated it will fetch £30,000 to £50,000.

She said: “I had five brothers and sisters. There are 20 offspring and they are very sweet, so I never had the feeling that it was mine. It’s from the family.”

Hearing of the painting’s recovery, Christopher Marinello, a leading restitution lawyer, said: “It is wonderful for the heirs to recover something after such a long time. It’s a shame that not enough collectors and dealers are willing to cooperate with heirs or to come forward voluntarily.”

Bischoff van Heemskerck was “a little bit” emotional over the painting because wartime memories had flooded back through it.

She remembered SS officers turning up at the family home, just after her father had gone into hiding because, like “many friends of ours [who] were taken, he refused to [follow] orders from the Germans”.

She added: “My father was almost arrested by the secret police of the Germans … I opened the door when they came for him. They were so furious … we had to go away in the night, we took what we could.”

She joined the resistance, becoming a courier, and would have wanted to give refuge to Jews in her home, but it would have been too dangerous because both her father and brother were sought by the Germans.

She plays down her bravery: “You would have done too, I’m sure. We were hoping that we would win the war and we did everything to help.”