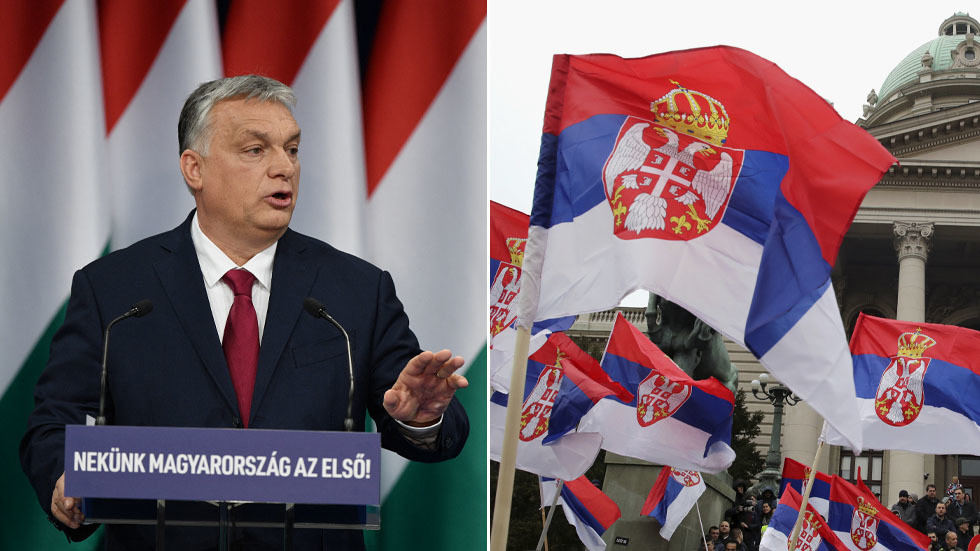 Hungarian Prime Minister Viktor Orban has said that Budapest and Belgrade have pledged to “rebuild Central Europe,” even stating that the two Balkan countries will “protect” the region against waves of migration from Afghanistan.
On Wednesday, Serbian Prime Minister Ana Brnabic met with Orban in Budapest for a joint government session. The Hungarian leader described the outcome of their meeting as the two countries having “agreed to rebuild Central Europe.”

Orban continued, “however, at the moment, it is not enough just to rebuild … but we must also protect it, to guarantee the security of Central Europe,” citing the crisis in Afghanistan as having the potential to cause a tsunami of migration to spill onto the continent.

Budapest’s leader proposed that if Serbia and Hungary “stand in the way of migrations” the two Balkan nations would also be “defending Western European countries – for example, Austria, Germany.”

Vienna’s interior minister, Karl Nehammer, has previously vocalized grievances about the prospect of taking in Afghan refugees in the wake of the Taliban’s takeover, bluntly stating that “there is no reason why Afghans should come to Austria now.” Meanwhile, Austrian Chancellor Sebastian Kurz and his government have persisted in deporting rejected asylum seekers and illegal migrants to their home countries.

Levente Magyar, state secretary of Hungary’s Ministry of Foreign Affairs, warned last month that the dramatic situation in Kabul “could bring about an era in migration and international terrorism that we didn’t want and perhaps could have avoided.” Budapest made clear that it would not allow unrestricted access of Afghan asylum seekers into Hungary.

Orban has come under fire previously for his anti-immigration approach, with Hungary having erected a fence on its southern border with Serbia to keep out the masses fleeing from the Middle East at the height of the migrant crisis in 2015.
#Viktor Orban  #Afghanistan
Add Comment