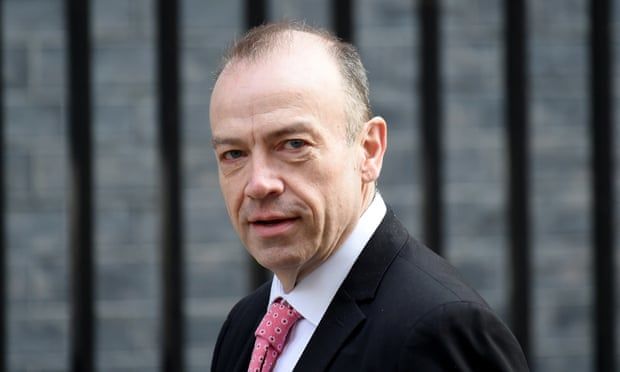 Analysis: Ministers thought they had pulled a rabbit out of the hat but the rebellion would not be contained
Lurking at the entrance to the House of Commons voting lobbies on Wednesday night, the government’s new chief whip stood clutching his phone, devising and rewriting a single sentence he hoped might save the prime minister the embarrassment of being investigated for allegedly misleading parliament.

Chris Heaton-Harris quietly grappled with the text of an amendment that aimed to derail a Labour motion to trigger an inquiry by the Commons privileges committee into whether Johnson lied about rule-breaking in Downing Street.

With a majority of 80, persuading Tory MPs to simply vote the motion down should not have been a hard task. But given the erosion of trust between the front and back benches after months of sleaze scandals, a frantic party management exercise got under way.

When the Labour motion had dropped earlier that day, senior Tories were surprised at the craftiness of it, because the investigation would not be triggered until Scotland Yard’s own inquiry had concluded, giving Conservative MPs little reason not to support it. “They’re clearly on the ball,” said one Tory MP.

Whips spent the afternoon hurrying between their offices and meetings with potentially problematic Conservative backbenchers who were considering supporting the motion. Heaton-Harris held personal sit-downs with the known rebels Mark Harper and Tom Tugendhat.

Meanwhile, gleeful opposition party campaign strategists were mocking up adverts that would be used to target those Tories who voted to save Johnson from further scrutiny. The Liberal Democrats had already put together a leaflet with a picture of Johnson that read: “He lied and broke the law … but our area’s Conservative MP has let him off the hook!”

As the afternoon wore on, Tory MPs began privately admitting they had run out of excuses for rejecting the investigation. They pressed for the prime minister to get on the front foot, avoid the inevitable and refer himself to the privileges committee. But they were stonewalled by No 10.

Normal lines of communication between the government and opposition whips’ office fell silent. “They went into bunker mode,” one insider observed.

MPs who sit on the privileges committee saw their inboxes balloon with emails from members of the public urging them to carry out a ruthless review of Johnson’s alleged lies in parliament.

With the government running out of options, Labour figures felt triumphant. Then, less than an hour until the deadline for submitting an amendment before Commons business ended for the day, ministers pulled their rabbit out of the hat. They tabled a proposal to delay the decision about launching an inquiry until after the publication of the final Partygate report by the senior civil servant Sue Gray, kicking the can even further down the road.

Tory MPs who had been preparing to back or abstain on Labour’s motion to help it pass were quietly impressed that the government had managed to come up with what appeared to be an impressive “off ramp”. When they left parliament’s bars on Wednesday evening, many felt ready – and glad – to vote for it.

But by the following morning, realisation had dawned on many Tory MPs that they would be seen by the public to be in effect supporting a wrecking amendment. Fearing a return to the cover-up claims that dogged the government for months over the Owen Paterson affair, MPs turned up the heat, and the number who threatened to rebel moved dangerously close to matching the number of the government’s majority.

The next shift in the government’s position was let slip by Johnson himself, speaking on his second visit of the day during a trip to India. “The House of Commons can do whatever it wants to do,” he said, all but confirming that the three-line whip would be switched to a free vote.

Heaton-Harris himself delivered the news to the minister in whose name the amendment was made, Mark Spencer, the leader of the Commons. After lobbying by the Conservative MP Charles Walker, Spencer confirmed the unthinkable – that the amendment the government had hung all its hopes on would fall by the wayside, and MPs would be allowed to vote with their conscience.

The revelation came during a relatively under-attended session of Commons business questions, and the shock reverberated slowly through the building. An MP said staff burst into their office to tell them the news.

The blame game followed swiftly. Many Tories complained they had been consulted for their views on the Labour motion but not the government’s amendment, meaning party whips were deaf to the criticisms against it.

“It’s open mic night at the Dog and Duck and we’re looking for anyone with a shred of skill at party management,” an ex-cabinet minister smirked as they left the chamber.

Another MP quipped that ditching the amendment “demonstrated a lack of discipline within the party, which speaks volumes”.

The day ended – in the words of one Conservative MP – with a “huge anticlimax”. Some chose to stick around to watch the Labour motion pass. But most drifted wearily home early, ready to face the wrath of their constituents.
#Boris Johnson  #Johnson
Add Comment