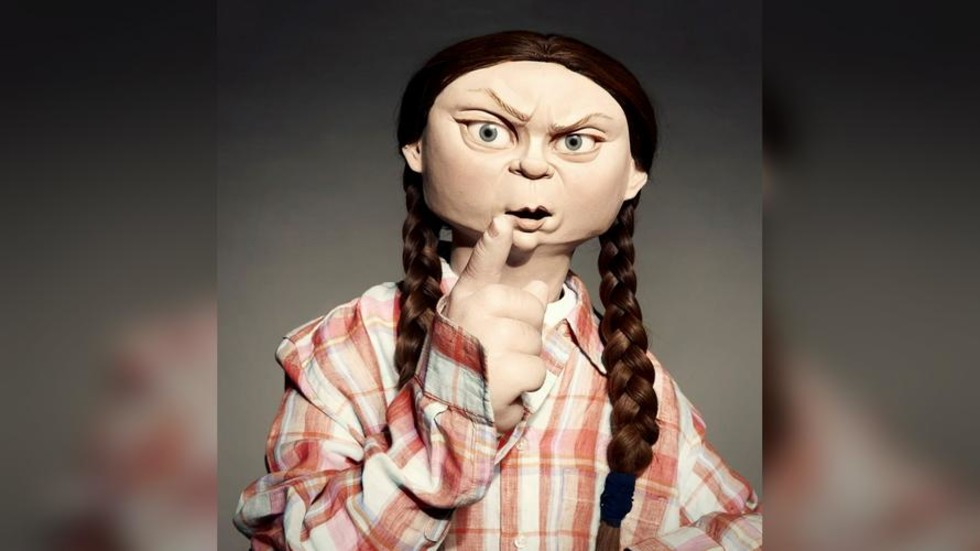 UK satire show Spitting Image has been savaged online after unveiling a puppet of teen climate crusader Greta Thunberg that some claim mocked her autism. With no episodes of the show yet released, others questioned the outrage.

The show originally ran for 12 years before being canceled in 1996 and is set to return next month with contemporary characters.

While every puppet gets the production’s signature grotesque-caricature treatment, critics on social media nevertheless tore into the still-unaired new series for its portrayal of Thunberg.

The 17-year-old’s autism makes her off limits, many argued.

A number of commenters condemned the series for “punching down” without specifying what exactly elevated the youthful Swedish scold above comedic criticism.

Others, who’d seen the original Spitting Image, tried to mitigate the outrage, pointing out that not every character who appeared on the show was ruthlessly mocked and worrying about the future of comedy itself.

Several defended the satire, pointing out that Thunberg was a public figure who traveled the world lecturing people on their carbon footprints and thus a valid target.

Ironically, one of those defending Spitting Image was apparently Thunberg herself, who has proven herself able to take a joke much better than her legions of defenders.

If Greta is cool with this, I am too. Ironically, everyone jumping to defend her because she's a teenager or has autism is doing no one a favor and proving she had thicker skin than all of us. pic.twitter.com/HnWUmSWIhY

The original Spitting Image directed mockery at politicians of all parties as well as celebrities, royals, and anyone else making news, something that many may find difficult to imagine in hyper-partisan 2020. The show was scheduled to return to the airwaves in 2016 after a special broadcast two years prior, but a fight over certain puppets put it on the sidelines temporarily.