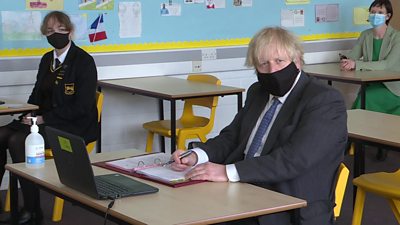 On a school trip to Lewisham in London, Boris Johnson was asked about his job change, and he advised the youngsters to “don’t do politics immediately, do other things first.”

He worked for the Telegraph and Spectator, before becoming a Tory MP, mayor of London, and then an MP in new seat before rising to the Conservative front bench.