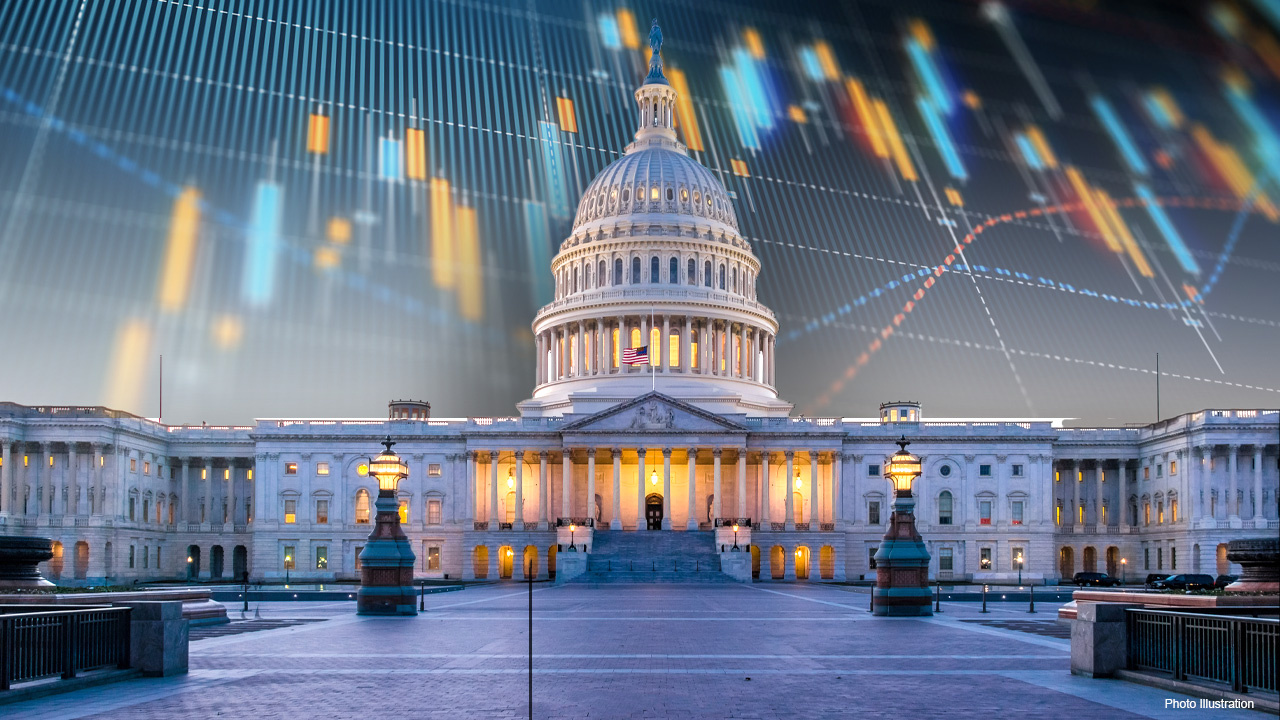 House Republicans on Wednesday unveiled a bill to block a financial transaction tax after the recent frenetic trading of GameStop shares revived a years-long effort by progressive Democrats to impose a penalty on stock trades.
The proposal, a copy of which was obtained by FOX Business, would prohibit states and municipalities from imposing taxes on transactions.

During a House hearing last week to examine the GameStop furor, Rep. Maxine Waters, D-Calif., who chairs the Financial Services Committee, said she is considering such a tax, which is supported by progressive lawmakers, including Sens. Bernie Sanders, I-Vt., and Elizabeth Warren, D-Mass., as well as Reps. Ilhan Omar, D-Minn., and Alexandria Ocasio-Cortez, D-N.Y.

They see it as a way to reduce speculative betting that was behind last month's wild swings in the price of GameStop stock, which surged 1,000% in two weeks after an army of at-home traders put their support behind the stock, betting that share prices would rise even as Wall Street short-sellers gambled the exact opposite.

“A small tax – 0.1% – on each Wall Street trade would reduce high frequency trading, a practice which drains profits from retail investors and benefits only the very rich,” Omar tweeted during the GameStop furor. Omar previously introduced legislation with Sanders calling for taxes of 0.5% on stock trades, 0.1% on bonds and 0.0005% on derivatives.

But critics, including McHenry and Huizenga, say that a financial transaction tax could decrease trading activity, lower earnings and ultimately hurt the average American who's trying to save for retirement. The tax on stock trades is applied each time a financial transaction is conducted, which includes mutual funds – owned by roughly 45% of U.S. households – and pension plans.

“Democrats continue to ignore the facts by pushing a financial transaction tax," McHenry said in a statement. "They claim their state-level FTTs would only be paid by the wealthiest, but Americans saving for their futures across the country would end up footing the bill. These FTTs would penalize Americans saving for retirement, their first home, or their child’s education, all at a time when they can least afford it."

One study from the Securities Industry and Financial Markets Association (SIFMA), an industry trade group, found that a financial transaction tax would cause a “cascade of taxation that will accumulate during the standard operations of a mutual fund portfolio, resulting in significant reductions in overall returns.”

The average mutual fund investor would have to save an additional $600 per year – a 12% increase in savings – or work an additional two years to achieve her retirement goals, the group estimated. If the tax is more than 0.1%, that individual would have to save (or work) more. Investors in an active small-cap equity mutual fund would likely see returns shrink by an estimated 1.62% annually, according to SIFMA.

The GOP lawmakers also argued that it would violate President Biden's campaign promise to not raise taxes on Americans earning less than $400,000 annually.

"A financial transaction tax would clearly break President Biden’s promise to not raise taxes on middle-class families and would negatively impact retirement savers, pensioners, families saving for college, and everyday investors," Huizenga said. "If Washington wants to take a risk, it should try to do more with less by cutting federal spending, instead of taking more money away from Americans investing to build a brighter and more secure future.”

Imposing a 0.1% tax on stock, bond and derivative transactions would raise an estimated $777 billion over the next decade, according to a 2018 analysis by the nonpartisan Congressional Budget Office.

The nation's debt has been pushed to a record high due to massive amounts of coronavirus relief spending and is poised to hit $30 trillion this year once Democrats pass President Biden's $1.9 trillion stimulus package.
#Coronavirus  #GameStop  #Alexandria Ocasio-Cortez  #Ocasio-Cortez
Add Comment