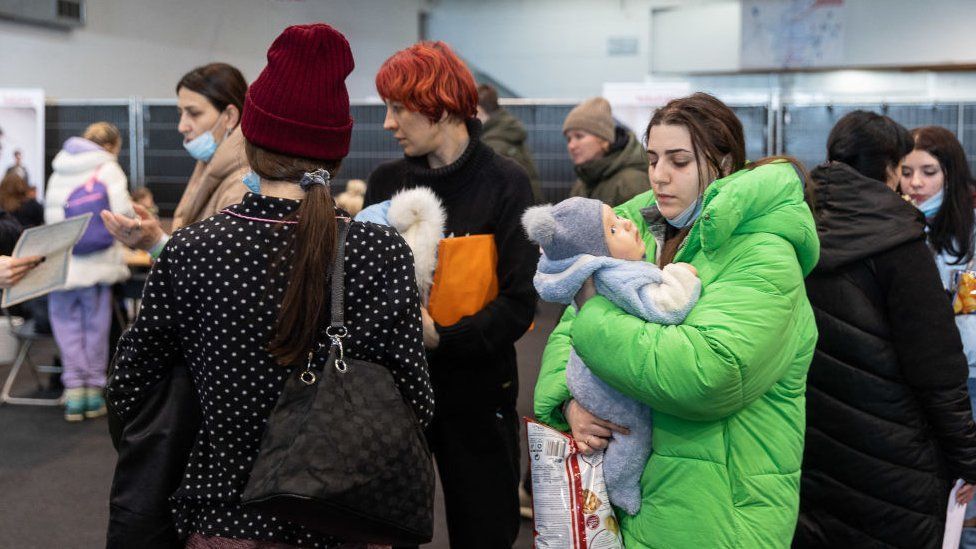 The government has launched its Homes for Ukraine site for those wanting to host a refugee, with 43,800 signing up in the first five hours.

Housing and Communities Secretary Michael Gove said the UK had a history of "supporting the most vulnerable during their darkest hours".

He said there would be no limit to how many Ukrainians could enter the UK under the visa sponsorship scheme.

Each household housing a refugee will be offered £350 a month, tax-free.

They will not be expected to provide food and living expenses but can choose to offer this.

People who wish to offer a rent-free space in their home or a separate residence, for at least six months, can register their interest online.

They will be able to individually sponsor a Ukrainian national's visa from Friday. Those initial applications will rely on the applicant knowing a named individual from Ukraine they want to help.

But Ukrainian refugees with no family or other links to the UK can and will be hosted as part of the scheme, Mr Gove said.

He said the sponsorship scheme was initially only between people who are already known to each other so it gets "up and running as soon as possible".

The scheme will be expanded with the support of charities, community groups and churches who can help with matching refugees to hosts.

No time scale has been announced for when this will happen but Mr Gove said it would expand "rapidly".

The government has faced criticism - including from its own MPs - over the speed and scale of its response to the refugee crisis triggered by Russia's invasion of Ukraine.

Mr Gove had said the scheme was open to nationals and residents of Ukraine, but his department later clarified that those eligible were Ukrainian nationals and immediate family members who had been resident prior to 1 January.

As part of the scheme, refugees will have access to the NHS and other public services. Their children will be able to attend local schools.

Local authorities will also receive £10,500 in extra funding per refugee for support services - with more for children of school age.

Mr Gove said everyone in the UK was "in awe of the bravery of the people of Ukraine".

"The victims of savage, indiscriminate, unprovoked aggression, their courage under fire and their determination to resist inspires our total admiration," he said.

Both hosts and refugees taking part in Homes for Ukraine will be vetted.

In addition, local councils will check that the accommodation offered is suitable, the government said.

Shadow housing and communities secretary Lisa Nandy said Labour was concerned about "the lack of urgency" and added that the visa application process could be simplified.

She said: "We could keep essential checks but drop the excessive bureaucracy." 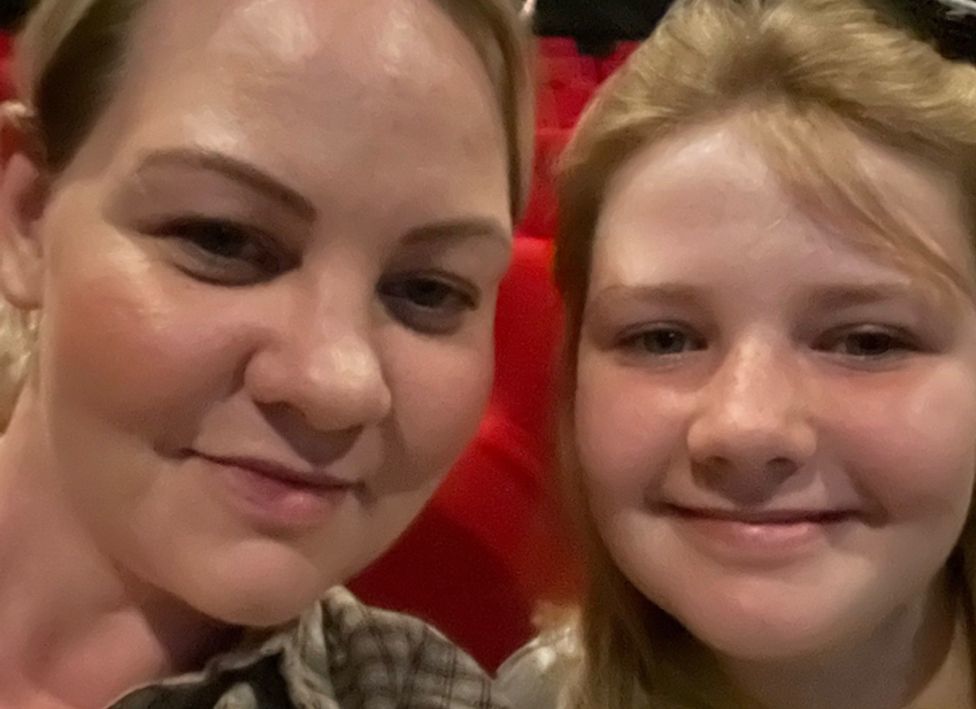 Mandi Arnold and daughter Amalia hope to host a refugee

One person putting her name forward is Mandi Arnold, who lives in Telford, Shropshire, with her partner and three children.

Mandi, 35, says life in her house is already hectic and so "it might as well be even busier" with an extra couple of people.

She fled an abusive relationship when she was in her 20s and says she can empathise with refugees who just want a safe place to call home.

"I would love to welcome someone in my home to give them that security and love," she says. "I've got a lot of love to give and it's the perfect opportunity to give it to someone who's in need."

Mandi says her two sons are too young to understand what housing a refugee would involve but that she and her husband have chatted to her nine-year-old daughter, Amalia, about it.

"She would welcome anyone with open arms," Mandi says.

Husband and wife team Mandy and Mark Durrell were also among the first to register to offer a room.

The Methodist ministers from Bangor said watching the news from Ukraine had been heartbreaking.

"We want to offer space, companionship, comfort and safety," said Mark. "We have this home. There's two of us and the dog - and there's space here to give someone refuge and sanctuary."

Refugees at Home, which finds host families for refugees and asylum seekers, said it wanted to see "as many refugees housed as soon as possible".

Its executive director Lauren Scott stressed that home visits should take place before a placement is made and called for follow-up support to be offered to hosts and guests alike.

There should also be plans for what happens "for the rare situations in which a placement does not work out", she added.

All that should be done quickly and also "in a thoughtful, sensitive and thought-through way".

She said Refugees at Home would be working with the government to firm up the details of the scheme.

Homes for Ukraine is the second visa scheme the government has set up since the war broke out.

The first has allowed Ukrainians with an immediate or extended family member in the UK to apply for a family visa to join them.

Some 4,000 visas have so far been granted through that route, the latest Home Office figures show.

The Home Office has defended requiring security checks on Ukrainians fleeing Russia's invasion. It says it must ensure the UK helps those in genuine need as it has seen people falsely claim to be Ukrainian.

Meanwhile, in a visit to the Hague on Monday, Justice Secretary Dominic Raab said the UK would give financial and technical support to the International Criminal Court to help it investigate the situation in Ukraine.

He said it was vital to ensure anyone who committed war crimes was held to account and that commanders on the ground, as well as the Kremlin, "need to know that right now".