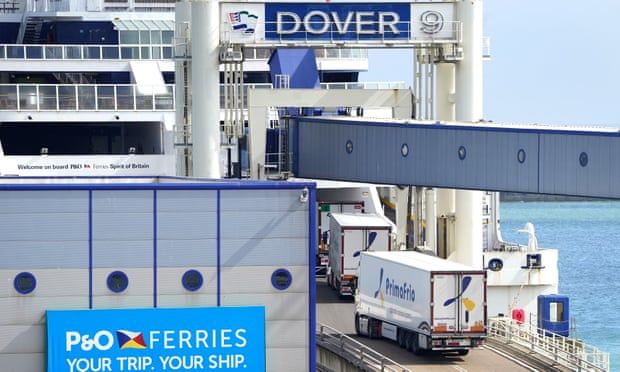 The Home Office announced that the agreement with the Border Force agency would come to an end with “immediate effect”.

It follows the Department for Transport winding up a deal with P&O Ferries after a review in light of the mass sackings.

The ferry firm was widely condemned after it sacked 786 staff without any notice on 17 March, replacing them with cheaper agency workers. Politicians and trade unions said the decision put the safety of ships at risk.

P&O Ferries ships were detained by the Maritime and Coastguards Agency (MCA) over safety fears, including liners that normally run between Dover and Calais, and from Larne to Cairnryan.

Part of the reason was down to a lack of crew training and familiarisation. On the European Causeway ship at Larne, inspectors found 31 separate failings, including problems with fire safety and lifeboat drills.

A week after the sackings, the company’s chief executive, Peter Hebblethwaite, admitted at a parliamentary select committee that it knowingly broke employment law by not consulting unions before dismissing the workers.

The firm suspended cross-Channel services in the aftermath of the sackings, including over Easter. Shapps had told MPs that Hebblethwaite would “have to go” but the government has yet to carry out the financial penalties it had initially threatened.

The Trades Union Congress (TUC) has written to the Insolvency Service, which is carrying out criminal and civil investigations into the company, saying that its directors should be disqualified.

However, Hebblethwaite told an industry conference in May: “We have not conducted ourselves on the day, or since, in anything like the way that has been suggested of me and us.”

The government announced measures in this month’s Queen’s speech to ensure seafarers are paid at least the UK’s national minimum wage. It said it will bring in laws to ban ferries from docking at UK ports if they pay workers below that level.
Add Comment