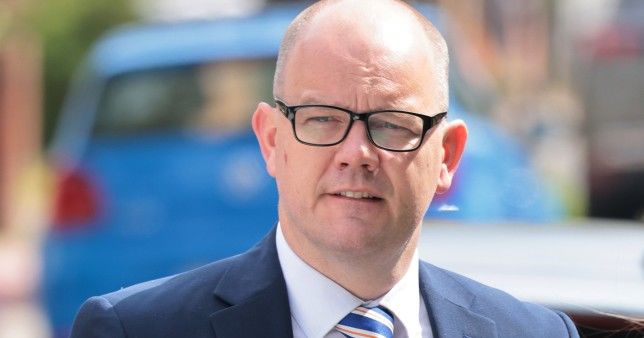 A married Home Office senior director is accused of spiking his pregnant lover’s orange juice with an abortion drug to stop his ‘double life crashing down around him’.

Darren Burke, 43, from Old Windsor, was suspended from his government role after he allegedly crushed tablets into Laura Slade’s glass during a discussion about child support.

Isleworth Crown Court heard she became suspicious after spotting powdery residue in her drink and called police the day after in March, 2020.

Forensic analysis later confirmed it was Mifepristone, which doctors prescribe for a pregnancy termination.

Paul Jarvis, prosecuting, told jurors that Burke, who has a child from his wife, had pleaded with his mistress to have an abortion.

‘She was told she couldn’t have the baby because it would affect everyone,’ he added.

‘She took the view that he was thinking of himself. His motive was obvious.

‘If Ms Slade had kept the baby then his double life would have come crashing down around him because there was no way he could have kept that child a secret from his wife.’ 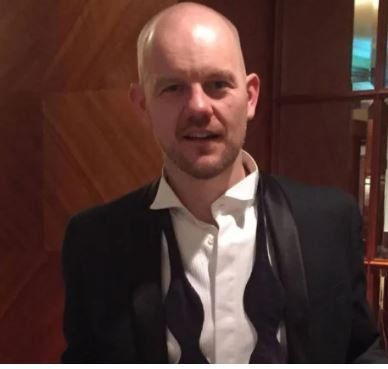 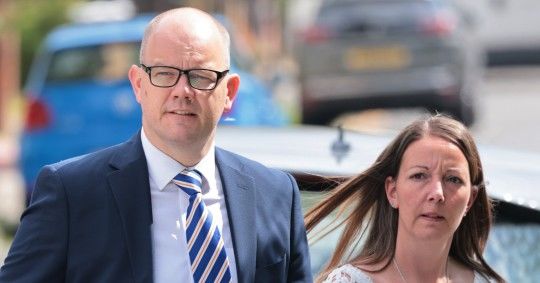 Burke pictured arriving at Isleworth Crown Court with his wife

The court heard the pair first met at a nightclub in Kingston-upon-Thames in 2005, but they began an affair in late 2020.

When she discovered she was pregnant in November 2020, Ms Slade texted Burke on WhatsApp to tell him the joyous news.

‘There was some discussion about the possibility of Ms Slade having a termination and it is clear from messages that Mr Burke did not want her to have the baby,’ Mr Jarvis said.

‘She described herself as feeling numb and wanting to think without Mr Burke being in her head.’

Ms Slade wanted to have the baby, which was due in July, but her ex threatened that she would be destroying his family life.

The pair arranged to meet at her home where the accused is alleged to have laced her drink with the abortion drug.

The prosecutor said: ‘He had a cup of tea himself and they talked about whether his name would appear on the birth certificate and how much money he would contribute.’

Ms Slade refused to drink the orange mixture, which Burke then poured into the kitchen sink.

Three weeks later, on Christmas Day, she had a miscarriage but this was not linked with the drug found in her glass.

Burke, former deputy director for the emergency services mobile communications programme at the government agency, denies supplying a poison and unlawfully administering it to procure a miscarriage.

When he was arrested in February last year, he admitted buying the Mifepristone tablets online but told police this was in case Ms Slade wanted to take them.

When she made it clear to him that she did not want to have an abortion during their conversation, Burke said he decided to wash them down the sink, the court heard.

‘The prosecution case is that these explanations are fantasies,’ Mr Jarvis concluded.

‘He bought the tablets and found a way to trick Ms Slade into taking them to create a miscarriage.

‘His plan was to break the tablets down into a drink where the grains would not be obvious to Ms Slade. His plan failed.’