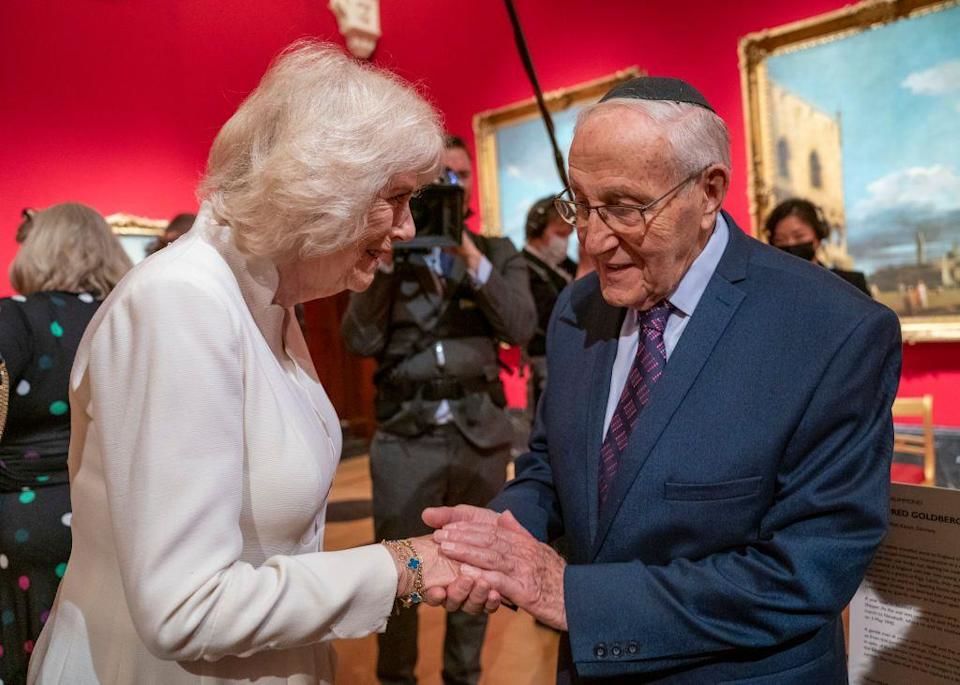 Manfred Goldberg is one of seven survivors to have their portrait put on display in Buckingham Palace.

Manfred Goldberg is one of seven Holocaust survivors to have their portrait put on public display in Buckingham Palace.

The 91-year-old moved to Britain after World War Two and managed to graduate from university with a degree in electronics.

The paintings are a memorial to the six million Jewish people who died in the Holocaust.

Events will take place around the UK and the world to mark Holocaust Memorial Day on 27 January.