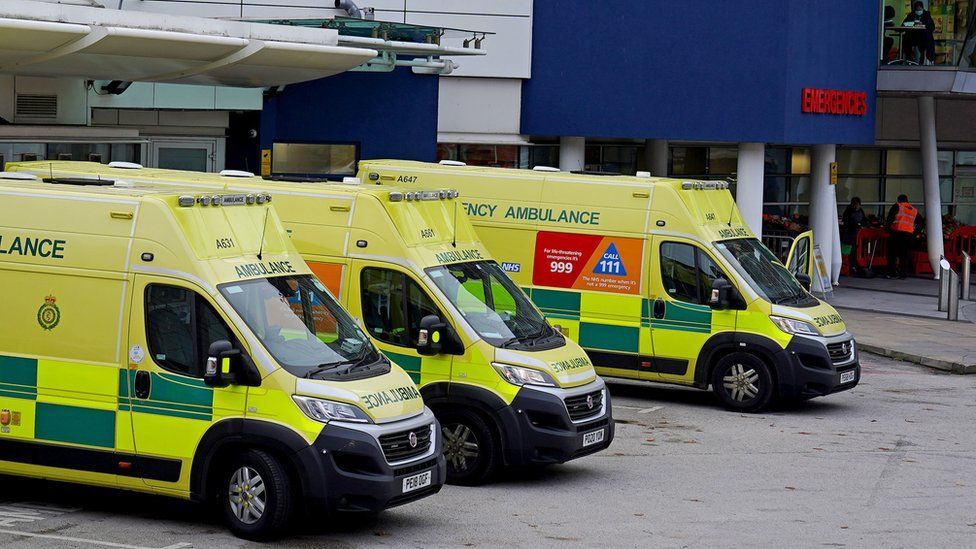 All ambulance services in England have been put on the "highest alert level", because of extremely high demand.

Some ambulance services have urged people to stay safe during the heatwave, to avoid overwhelming the NHS.

The public is being asked to reserve 999 calls for emergencies only.

Many trusts have also asked people to speak to their GP, pharmacist or call 111 for non-urgent issues.

BBC News has asked for updates from ambulance services in Wales, Scotland and Northern Ireland.

The Welsh Ambulance Service has issued advice on staying safe in the heat.

The Health Service Journal (HSJ) first reported all 10 trusts in England were on the highest alert level, Resource Escalation Action Plan (REAP) 4, meaning they are under "extreme pressure".

Some reached this level during this winter's Omicron Covid wave peak.

West Midlands Ambulance Service said it had been on REAP 4 for months.

South Central Ambulance Service said it had also declared a critical incident, which is even more severe, "due to current pressures on our services".

"We continue to prioritise our response to those patients with life-threatening and serious emergencies," it said.

"But, due to the current levels of pressure we are seeing, there will be delays in responding to other patients with less urgent needs who are assessed as requiring an ambulance response."

And there are concerns several other trusts could follow suit.

Association of Ambulance Chief Executives managing director Martin Flaherty said: "The NHS ambulance sector is under intense pressure, with all ambulance services operating at the highest level of four within their local resource escalation action plans, normally only ever reserved for major incidents or short-term periods of unusual demand.

"Severe delays in ambulance crews being able to hand over their patients at many hospital emergency departments are having a very significant impact on the ambulance sector's ability to respond to patients as quickly as we would like to, because our crews and vehicles are stuck outside those hospitals."