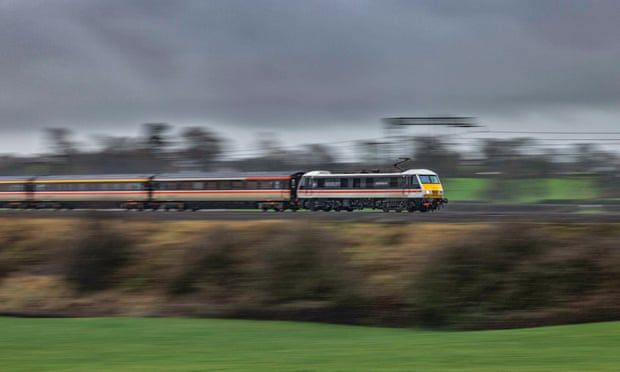 There has rarely been a worse time to travel by rail in the UK, particularly on the delay-prone west coast mainline, where services have been slashed and passengers are now expected to fork out £365 for a walk-up return peak fare from Manchester to London.

The operator, Avanti, may think it has passengers over a barrel as it has a monopoly on the line.

Not any more. On Friday afternoon a new charter train service operated by a heritage railway company takes its first journey down the west coast, promising cheaper tickets, comfier seats and air-conditioned carriages.

Operating only on Fridays, Locomotive Intercity will run one return service between London and Crewe or Manchester, promising to take passengers to the capital “in comfort and style without the stress of normal rail services”.

With tickets costing just £75, this special charter service will run at 110 mph using electric locomotives and all first-class, air-conditioned coaches. All passengers are guaranteed not just a seat – a luxury on some Avanti services – but tables and 240V power points, as well as decent leg room. Two buffet cars are available on board, serving teas, coffees, snacks and alcoholic beverages.

Locomotive City says it has refurbished a 1987 Class 90 train to offer an unparalleled level of comfort.

“Our team of expert craftsmen worked tirelessly to refurbish our fleet of carriages inside and out. The train has been upgraded to the highest standards and liveried with the iconic Intercity brand. All our carriages have cushioned seating, panoramic windows, generously sized tables, and plenty of room for you to sit back, stretch your legs and admire the view from your window,” the firm says on its website. 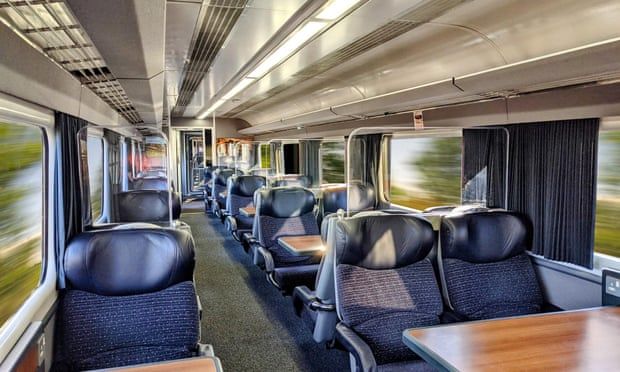 Jeremy Hosking, chair of Locomotive Services LTD Group, the parent company of Locomotive City, said the service was a moment of opportunism after Avanti decided to cut services on the west coast mainline to four an hour from Euston, blaming the “current industrial relations climate”.

Hosking said: “We approached Network Rail and bid for Avanti’s 17.27 Friday slot from Euston, which it had vacated and we were given the slot for the next four weeks.”

The offer is aimed squarely at commuters fed up with Avanti, and “not just trainspotters”, he said, describing Avanti’s problems as “intractable and probably insoluble”.

If it is a success, the firm will look to bid for more of Avanti’s routes, starting with a Monday morning service from Manchester to Euston, said Hosking.

On Friday, lunchtime tickets were still available for the maiden return leg, which was scheduled to depart London Euston at 17.27 and calling at Birmingham International, Birmingham New Street, Wolverhampton, Stafford, Crewe & Wilmslow to Manchester Piccadilly.