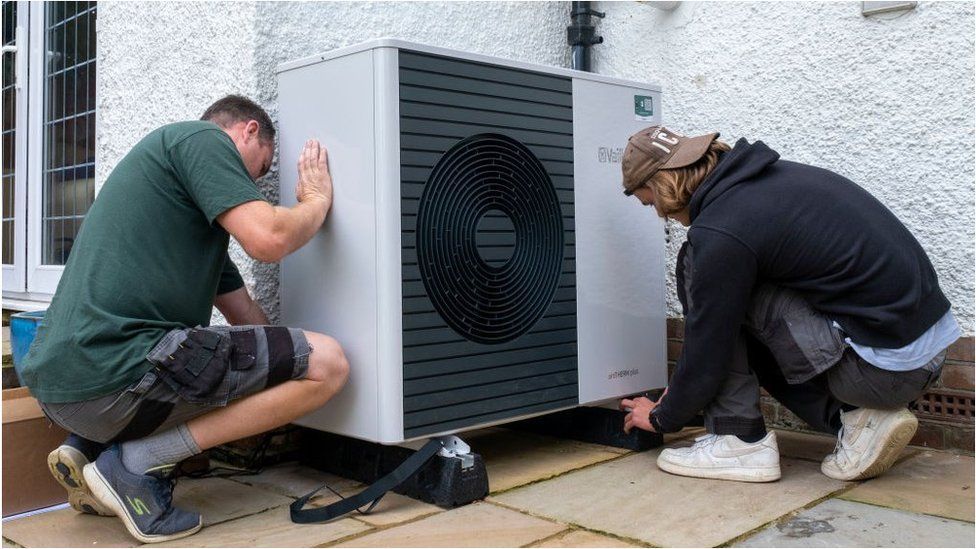 Heat pumps: Should I get one and how much will it cost me?

The government wants people to switch from gas boilers to heat pumps to warm their homes.

It's part of its efforts to reduce emissions of climate-changing gases.

What's wrong with my gas boiler?

And right now, thanks to soaring energy prices, your gas boiler may be costing you more than you expected.

The government hopes that if your boiler is nearing the end of its life, you may want to replace it with a more environmentally-friendly alternative.

Experts think most homes will eventually have heat pumps.

What is a heat pump and how do they work?

Heat pumps extract warmth from the air, the ground, or water - a bit like a fridge operating in reverse.

They are powered by electricity, so if you have a low-carbon source of electricity they provide greener heating.

How much are they and will the government pay?

From next April, homeowners in England and Wales will be offered subsidies of £5,000 to help pay for them, the government has announced. It also said no new gas boilers will be sold after 2035.

It's not clear whether heat pumps could be cheaper to run than gas boilers.

But the government also said it would consult on a plan to shift levies - charges to help pay for green measures - away from electricity bills over the next decade. It said this would ensure heat pumps are no more expensive to run than a gas boiler.

Could I get one at my home?

It's easiest to put them in new builds, but older homes can also be fitted with heat pumps.

Most domestic heat pumps will extract heat from the air.

These require good insulation - around walls, roofs and windows. This is because air pumps operate with water at a lower temperature than gas boilers, so it's important not to have heat escaping.

You also need space inside for a heat pump unit and hot water cylinder. The unit will be about the size of a gas boiler - while the cylinder depends on the size of the home.

A box of about one metre by one metre needs to be outside (preferably attached to the house) to draw in air.

It should be at least one metre from your neighbour's property so they will not be able to hear it, although it shouldn't be much louder than your fridge.

A ground source heat pump needs much more space outside: either a bore hole as much as 100m deep; or a horizontal system dug into the ground over a large area.

What are the drawbacks?

Installation can be difficult and expensive - you may need bigger radiators or to dig into floors.

And the high levels of insulation needed aren't always possible in older, solid-walled homes common across the UK.

It could also take a while for enough engineers to be trained for you to be able to easily find one if things go wrong.

And it is unclear whether people renting their homes will have a way to insist on them being warmed by heat pumps before 2035, when it is expected new gas boilers will be outlawed.

Will there be alternatives to heat pumps?

Energy giant Vattenfall is planning a network of hot water pipes in south-east London that could benefit up to half a million homes, businesses, and public buildings.

Heat will be produced from burning waste, which is controversial. In other places it may come from heat pumps sunk into rivers and the sea.

Big gas companies are keen on the use of hydrogen, because it could continue to flow through their pipes to many homes.

The government is pioneering trials of hydrogen heating, with a series of pilots before the end of the decade,

But there are huge challenges to producing low carbon hydrogen and it's a technology in its infancy. 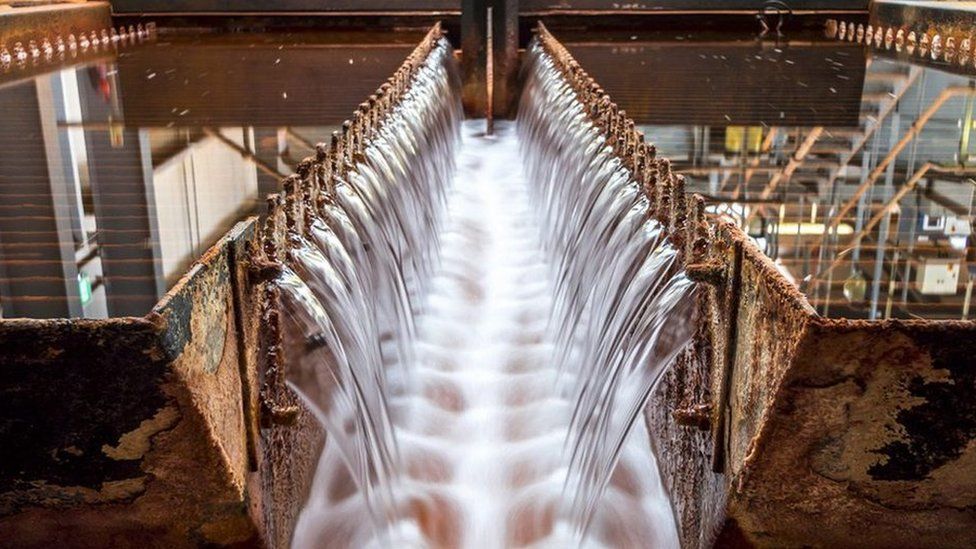 Other options being considered include:

*  Some places, such as Cornwall, will be able to use geothermal energy - from hot underground rocks. There's already a geothermally heated swimming pool in Penzance, for instance. But such opportunities are scarce


*  Heat batteries - like giant high-tech storage heaters - will play a part, along with infrared indoor heat panels, some of which are already used in pub gardens