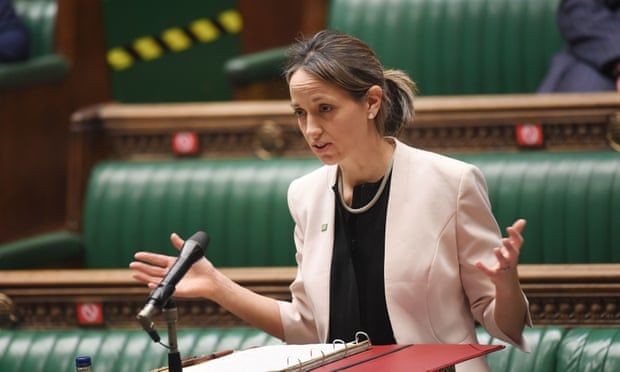 Exclusive: social care minister’s use of Gmail will raise further questions after reports about Matt Hancock
A third health minister, Helen Whately, used a private email account for government business, the Guardian can reveal, as the UK’s information watchdog said it was considering launching an investigation into the use of Gmail by Matt Hancock and James Bethell.

The Guardian can also reveal a number of emails were copied into Lord Bethell’s private email account. His address was copied into at least four official exchanges relating to a businessman who was attempting to get government contracts during the pandemic.

Bethell, who oversaw the award of Covid contracts, has faced calls for his resignation over his use of private email and his sponsorship of a parliamentary pass for Hancock’s married aide Gina Coladangelo, with whom the former health secretary had an affair.

In April 2020 the businessman had approached his MP, Oliver Dowden, as he believed his firm’s testing kits were cheaper than those being bought by the government.

Andrew Feldman, the former Conservative party chairman who had been brought into the government to advise on its approach to the pandemic, passed the matter on to a number of officials, copying in a private email address belonging to Bethell.

Later that day, a Department of Health and Social Care official (DHSC) circulated another email to his colleagues, again copying in the private email address belonging to Bethell. The emails were obtained by the Good Law Project, which has launched a series of legal challenges over the government’s handling of contracts during the pandemic.

Separately, Whately, the social care minister, copied in a private Gmail address to a diary invitation, according to a leaked email. Whately’s diary invitation, seen by the Guardian, was sent to both her official email and her Gmail and does not contain sensitive information, but will raise further questions about the routine use of private accounts.

A DHSC source said Whately’s private email account was only used for diary invitations and in line with department guidance.

Hancock is reported to have routinely used a private account, according to minutes of an official meeting at the DHSC seen by the Sunday Times. The minutes said Hancock was only dealing with his private office “via Gmail account” and said he did not have a departmental inbox.

The minutes, which were to discuss a Good Law Project legal challenge over government contracts for faulty tests, also say that Bethell “routinely uses his personal inbox and the majority of [approvals for contracts] would have been initiated from this inbox”.

Cabinet Office guidance says ministers should use official email accounts in order to leave a paper trail for important decisions and to allow for scrutiny.

Elizabeth Denham, the UK information commissioner, said she was considering further action. “It is an important principle of government transparency and accountability that official records are kept of key actions and decisions,” she said.

“The issue of ministers and senior officials using private email accounts to conduct sensitive official business is a concerning one for the public and is one my office has advised on before. I am looking carefully at the information that has come to light over the past few days and considering what further steps may be necessary to address the concerns raised with me.”

The prime minister’s official spokesperson said: “Both the former health secretary and Lord Bethell understand the rules around personal email usage and only ever conducted government business through their departmental email addresses,” and said using personal Gmail was “related to things like diary acceptances”.

Johnson’s former aide Dominic Cummings suggested the prime minister and Hancock routinely used WhatsApp messages instead of official communications channels. He said there were “WhatsApps between PM, [Hancock] and Tory donors which No 10 officials know exist cos they’re copied in to some … So dozens of No 10 officials know No 10 press office openly lying again.”

The Cabinet Office minister Julia Lopez defended the use of private email addresses with regards to contracts, telling the Commons “a huge volume of correspondence was coming to ministers via their personal email addresses …”

Angela Rayner, the shadow chancellor of the Duchy of Lancaster, called for an investigation into government use of private email. “Who is telling the truth, the Cabinet Office minister and the Department of Health and Social Care civil servants, or the prime minister’s official spokesperson?” she said.

“We need a fully independent public inquiry to get to the bottom of ministers using their private email accounts to discuss and agree government contracts, which have resulted in taxpayers’ money being handed out to Tory donors and their friends.”

A Department of Health and Social Care spokesperson said: “All ministers are aware of the rules around personal email usage and government business is conducted in line with those rules.”
#Covid  #Boris Johnson
Add Comment