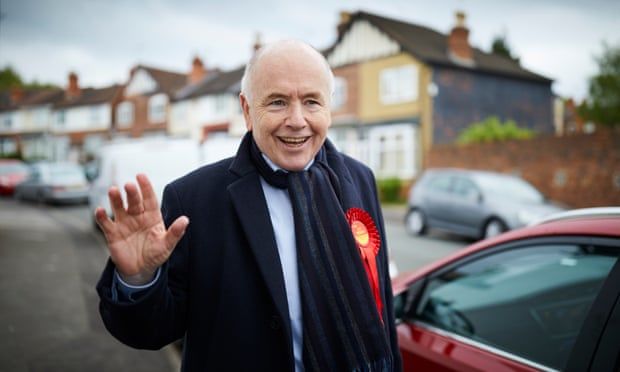 ‘He made and remade history’: funeral held for Labour MP Jack Dromey

The former leading trade unionist died aged 73 at his flat in his Birmingham constituency of Erdington, which he had represented in Westminster since 2010, on 7 January.

Dromey, who was married to Labour’s former deputy leader Harriet Harman, “remade history many times over” throughout his political career, according to the former prime minister Gordon Brown.

He told mourners at the funeral at St Margaret’s Church in Parliament Square, Westminster, to remember his “infectious enthusiasm”, “fighting spirit” and “relentless optimism”.

He said: “From the start, Jack had a bigger mission, born of the intensity of his idealism and the courage of his convictions.

“He was the ‘Jack of all campaigns’. ‘Four quick points’, he’d say when you met him, and there were usually eight.

“And when he said ‘finally’ that meant there were at least three more proposals to be acted on, as he ran a seemingly endless succession of landmark, groundbreaking, often life-changing campaigns, and made and remade history many times over.”

The current Labour leader, Keir Starmer, and deputy leader, Angela Rayner, were among those in attendance, with political figures from both sides of the house present to pay their respects.

Starmer tweeted: “Today, we honour and remember our friend, Jack Dromey. Jack was highly respected across parliament for his lived commitment to social justice, which he pursued with humour and grace.

“We will miss him. May he rest in peace. The father-of-three is understood to have died from natural causes.”

Jess Phillips, the Labour MP for Birmingham Yardley, told the PA news agency: “It was brilliant and funny and beautiful and a testimony to Jack.

“I just felt very much that Harriet and Jack will be very proud of their children who stood up very bravely and gave brilliant testimonies.”

Dromey was born to Irish parents and raised in Kilburn, London. He became heavily involved in the trade unionist movement in the 1970s and had a prominent role in supporting a strike at the Grunwick film processing laboratory from 1976 to 1978, where he met Harman. The couple married in 1982 and had three children.

Harman, approaching 40 years in parliament, announced last month she would step down at the next election. Dromey joined the Labour frontbench as shadow housing minister in 2010 under then leader Ed Miliband, who was also at the service.

Announcing his death earlier this month, his family said: “He was a much-loved husband, father and grandfather and he will be greatly missed.”

A byelection will be held in Dromey’s Birmingham Erdington seat, which Labour has held since it was re-established in 1974.
Add Comment