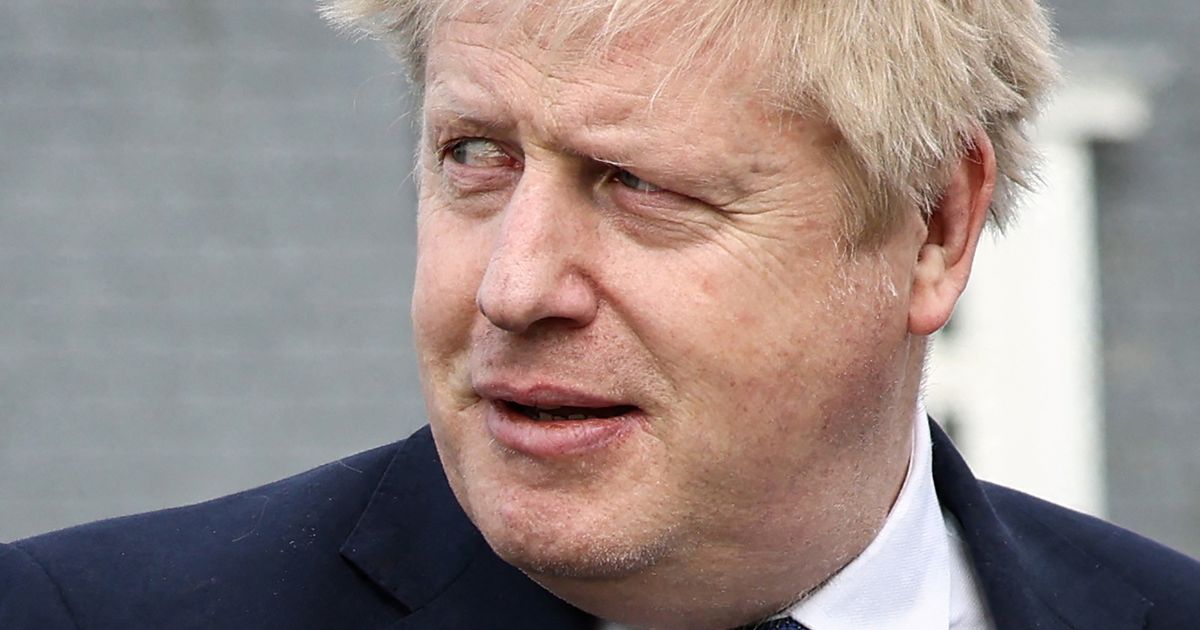 A scandal over lockdown-breaching parties is taking a backseat to the Ukraine invasion — but that could still change.

Partygate is back but the mood music in Westminster has changed — for now.

A new episode dropped Tuesday for observers following the latest season of “what’s going on in the U.K.” as the Metropolitan Police said they would issue 20 fines over social gatherings at the heart of government which breached COVID rules.

It’s the first major development since police announced they would investigate a series of parties held in Downing Street and Whitehall during various stages of pandemic lockdown.

While the politics remain volatile, in a little over a month since Russian President Vladimir Putin ordered troops to invade Ukraine, the so-called “partygate” scandal that many Westminster watchers predicted would topple the British prime minister has been swept aside.

Several Tory MPs, critical because they hold the power to kick Johnson out as party leader and with it as prime minister, have recalculated in the face of Russian aggression and concluded now is not the time for a leadership change.

However, the decision to hand out fines puts the spotlight back on a scandal which No. 10 had been keen to forget and raises fresh questions over Johnson’s future.

Information on the penalties is limited so far, with the police saying they will not identify those who have been fined or which events the fines relate to. Civil servants may not even have to declare they have received a fine, depending on their level of security clearance, and the government is not expected to comment on any disciplinary action.

Downing Street confirmed it would not offer details on anyone involved apart from the prime minister and the head of the U.K. civil service, Simon Case.

Most Conservative MPs agree they are in a holding pattern until there’s any word on whether Johnson himself receives a fine, something that could take months. Some predict, however, that the prime minister will ride the scandal out since the situation in Ukraine has dramatically worsened.

One Tory MP who has been critical of Johnson said there is “a sense we are moving through a seismic historical event and the PM is showing the right kind of leadership at such a time. I am afraid rule-breaking drinks parties have faded in their significance.”

He added this was also the feeling among party members and local officers — significant because MPs would generally consult them before calling for Johnson to be replaced.

Andrew Bridgen, a Conservative who rescinded a letter of no confidence in Johnson, told the Daily Telegraph: “If there was a vote of confidence in the PM tomorrow I’d have to vote for him because otherwise we’d be playing into Mr Putin’s hands.”

A third MP, a member of a rebellious caucus elected in 2019, echoed this, saying it was difficult to see how the PM could be “dislodged” now.

Others suggested that relations between No. 10 and his party had improved following a backroom reshuffle last month.

War in Europe may have strengthened the prime minister’s position, but things could quickly change. A senior Conservative cautioned that nobody should assume a leadership challenge was out of the question.

James Johnson, founder of the pollster JL Partners, said the idea of a “Ukraine bounce” for the prime minister was not being reflected in public sentiment.

“Focus groups have said the same thing consistently since January — the PM’s brand has been significantly tarnished and the effects of partygate on his brand are still playing a major role,” he said. “It’s been mentioned prominently every time I ask about the government and PM — more so than Ukraine.”

Confirmation that officials in Downing Street and Whitehall did break the law also raises the possibility that the prime minister misled the House of Commons when he previously asserted no rules had been broken. Misleading the house has traditionally been considered a resigning matter.

Former Cabinet minister Andrew Mitchell recently told a meeting on anti-corruption: “If you get away with not telling the truth at the despatch box, that undermines all of our civil liberties, all of our human rights, and parliament in my view has to take a much tougher line.”

Johnson’s spokesman maintained Tuesday that he does not accept he had misled the House.

While he has to endure another uncomfortable instalment of prime minister’s questions Wednesday, parliament will adjourn soon afterward for a two-week Easter break. This will serve to defuse the tension at Westminster at a convenient point for Johnson, with no guidance as to when the ongoing police investigation might conclude or produce further fines.

Once again, it looks as though Johnson’s strategy for survival will depend on hanging tough and squeaking through.