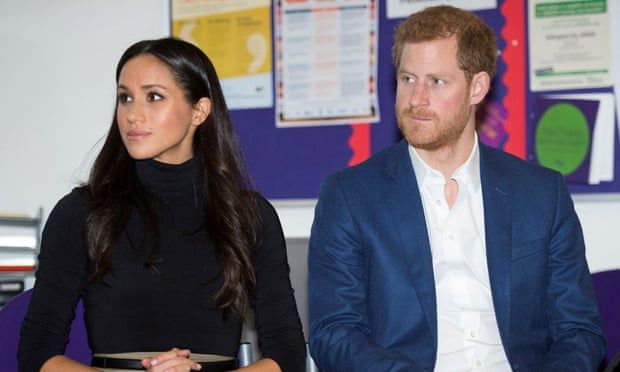 Harry and Meghan voice concern to Spotify over Covid misinformation

Sussexes say they are committed to continuing to work with the music and podcast streaming platform
The Duke and Duchess of Sussex said they are concerned about Covid-19 misinformation on Spotify amid growing outcry over Joe Rogan’s show.

Nevertheless, the pair – who signed a multi-year podcast partnership with the music streaming service in 2020 – remain “committed to continuing our work” with Spotify.

This week, Neil Young and Joni Mitchell both said they were removing their music in protest over Spotify hosting podcasts by Rogan, which they say promote anti-vaccine conspiracy theories.

A spokesperson for the Archewell Foundation said Harry and Meghan first expressed concerns to Spotify about Covid misinformation last April.

They signed a series of corporate deals, including to produce and host podcasts for Spotify, after their move away from the royal family. So far they have only released one podcast episode, a “holiday special” released in December 2020.

On Sunday, an Archewell spokesperson said: “Hundreds of millions of people are affected by the serious harms of rampant mis- and disinformation every day. Last April, our co-founders began expressing concerns to our partners at Spotify about the all-too-real consequences of Covid-19 misinformation on its platform.

“We have continued to express our concerns to Spotify to ensure changes to its platform are made to help address this public health crisis. We look to Spotify to meet this moment and are committed to continuing our work together as it does.”

As part of their agreement with Buckingham Palace after announcing they were stepping down as working royals, Harry and Meghan agreed not to involve themselves in any business ventures that could reflect badly on or compromise the monarchy.

On Wednesday, Spotify said it had the “great responsibility [of] balancing both safety for listeners and freedom for creators” and said it had “removed over 20,000 podcast episodes related to Covid since the start of the pandemic”.

Young spearheaded the campaign against Rogan’s podcast when the Canadian-American musician demanded his music be removed from Spotify, saying “They can have Rogan or Young. Not both”.

He added: “Private companies have the right to choose what they profit from, just as I can choose not to have my music support a platform that disseminates harmful information. I am happy and proud to stand in solidarity with the frontline health care workers who risk their lives every day to help others.”

After removing his music, Spotify said it regretted “Neil’s decision … but hope to welcome him back soon”.

Spotify acquired The Joe Rogan Experience in 2020 in a deal worth more than $100m (£77m). It is Spotify’s most popular podcast and one of the biggest in the world.

The comedian has previously attracted controversy for his views on Covid-19, vaccines and government mandates.

Young’s protest was backed by the World Health Organization director general, Tedros Adhanom Ghebreyesus, who said: “We all have a role to play to end this pandemic and infodemic.”

On Saturday, Mitchell, who has 3.7m monthly listeners on the site, joined Young by announcing she would also be removing her music from Spotify.

“Irresponsible people are spreading lies that are costing people their lives,” she said. “I stand in solidarity with Neil Young and the global scientific and medical communities on this issue.”