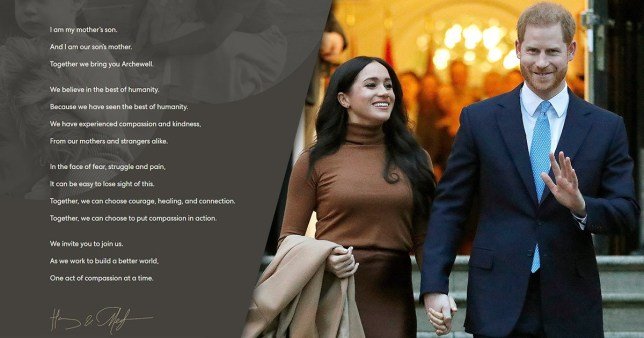 Prince Harry and Meghan Markle have launched the website for their non-profit organisation Archewell with a touching nod to Princess Diana and a message of hope for the New Year.

The pair unveiled the site for their ‘impact-driven non-profit’ foundation, sharing pictures of the prince with Diana and Meghan with her mum Doria Ragland.

In a joint statement, called a ‘letter for 2021’, which overlays the pictures, the couple say: ‘I am my mother’s son. And I am our son’s mother. Together we bring you Archewell.

‘From our mothers and strangers alike. In the face of fear, struggle and pain, it can be easy to lose sight of this.

‘We invite you to join us. As we work to build a better world. One act of compassion at a time.’ 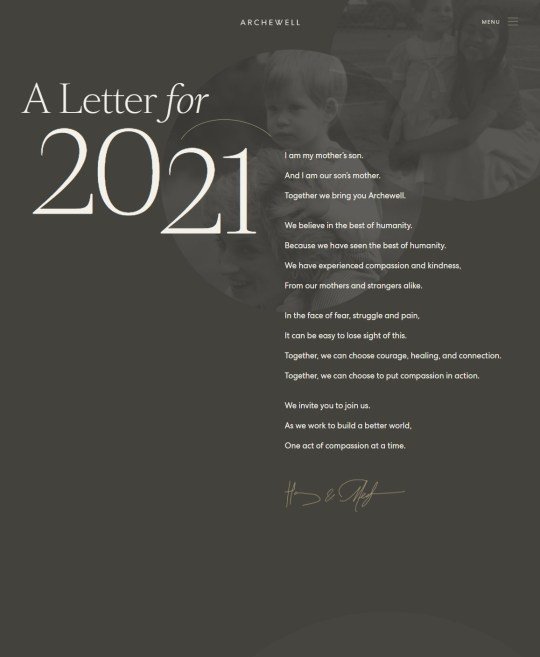 Since stepping down as senior royals in March and moving to the US, the couple have been working towards this moment to officially launch, albeit softly, the website and the philosophy behind their organisation Archewell.

Their decision to leave was based as much about financial as personal freedom and the huge sums – thought to be well over £100 million – they have earned from deals with Spotify and Netflix, gives them the capital to pursue their new lifestyle and public goals.

The announcement follows their first Spotify podcast on Tuesday which saw their son Archie make his broadcast debut – but the show has yet to break into the streaming service’s top ten most popular podcasts, climbing from 32 to 15. 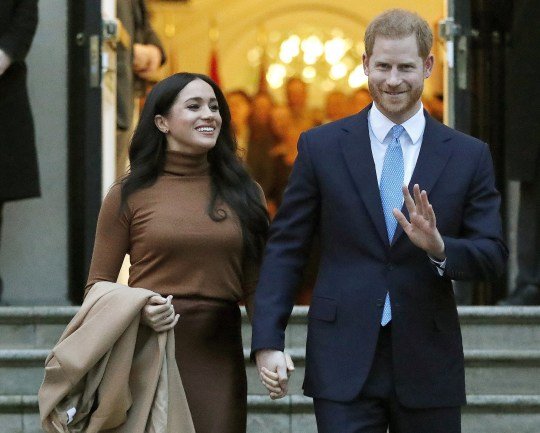 Commentators have already speculated that Harry and Meghan will have to draw in large audiences if they are to justify the lucrative contract their production company Archewell Audio signed.

‘It’s a place where compassion matters, communities gather, and storytelling is the engine.

‘The website has been updated to reflect the work Archewell has undertaken throughout 2020 and to create a place for people and communities around the world to share their stories.’