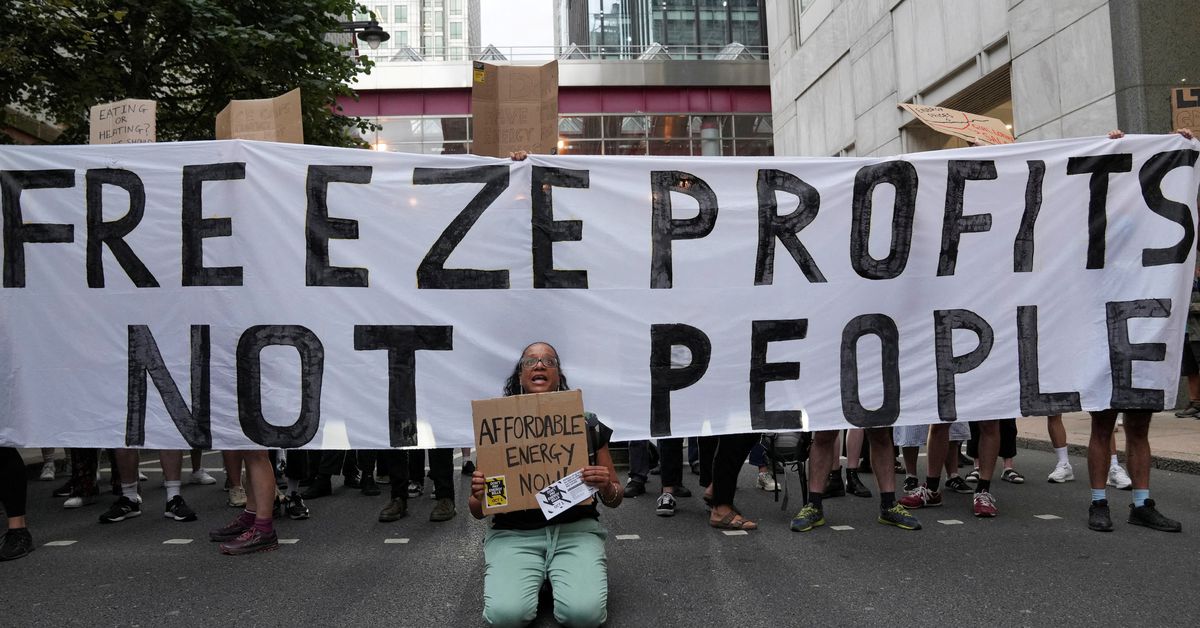 Half of UK Conservative voters back renationalising energy firms - poll

Around half the backers of Britain's governing Conservative Party support renationalising the country's energy industry, according to a survey published on Monday, as soaring energy prices put pressure on household budgets.
The government has been facing growing calls to do more to help Britons facing energy bills which are set to jump 80% to an average of 3,549 pounds ($4,140) a year from October as wholesale gas prices hit record highs.

The YouGov poll for the Times newspaper found 47% of those who currently plan to vote Conservative at the next election favoured returning the energy companies to public ownership, with 28% percent opposed and 25% unsure.

Among those who voted for the Conservatives at the last election in 2019, 53% backed renationalisation.

Foreign Secretary Liz Truss, the frontrunner to succeed Boris Johnson as prime minister in a contest due to run until Sept. 5, has said she favours using tax cuts rather than direct payments to help people with the cost-of-living crisis.

The YouGov poll, conducted on Tuesday and Wednesday before the latest rise in energy bills was announced by the regulator, found 55% of those questioned said they would need to turn down their heating or limit its use over the coming months.