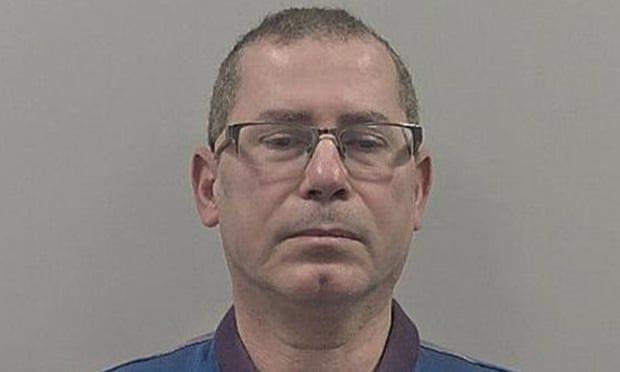 Dr Hossam Metwally injected girlfriend with anaesthetic drugs in belief she was possessed by spirits
An anaesthetist has been given a 14-and-a-half year jail sentence for injecting his partner with drugs during a series of exorcism ceremonies that left her close to death.

Dr Hossam Metwally, 61, made dozens of recordings of himself administering fluids through a cannula to Kelly Wilson, who was left with multiple organ failure.

As he administered the drugs he chanted as part of a “dangerous perversion” of the Ruqya ritual – an exorcism in Islam. He believed Wilson was possessed by supernatural spirits known as jinns.

Metwally, a father of four, worked as an anaesthetist at the Diana Princess of Wales hospital in Grimsby, north-east Lincolnshire, and ran his own pain clinic from his home in the town. He also filmed two female patients without their knowledge.

The doctor was sentenced at Sheffield crown court on Monday for endangering Wilson’s life by the intravenous administration of anaesthetic drugs, supply of various controlled drugs or medicines, possession of a controlled drug with intent to supply, fraud, and voyeurism.

The court heard earlier in the trial that Metwally believed there were a number of the entities “hiding” inside his partner, and that he had to remove them by reciting verses of the Qur’an and placing holy water and oils on her skin. He performed more than 250 rituals and made dozens of recordings over a four-year period starting in 2016.

Metwally was arrested after his partner fell into a coma on 4 July 2019. Wilson was on the brink of a cardiac arrest and a police investigation found a “vast stock of drugs” at his home, including ketamine, propofol, fentanyl, and Diazemuls.

Sentencing Metwally, Judge Jeremy Richardson QC, the Recorder of Sheffield, told him he was a “disgrace”.

He said: “You are a disgrace to your profession. You will not be a doctor for very much longer. I trust you will never, ever be a doctor again. You perverted medical practice for your own ends.

“You are also not a very good doctor because, in these perverted practices, you very nearly killed the woman you said you loved.”

Detective Chief Inspector Rhodri Troake, of Humberside Police, said: “The offences Dr Metwally committed were extremely serious and an abuse of his position and the trust his victims had in him. He is now exactly where he belongs, in prison.”
Add Comment