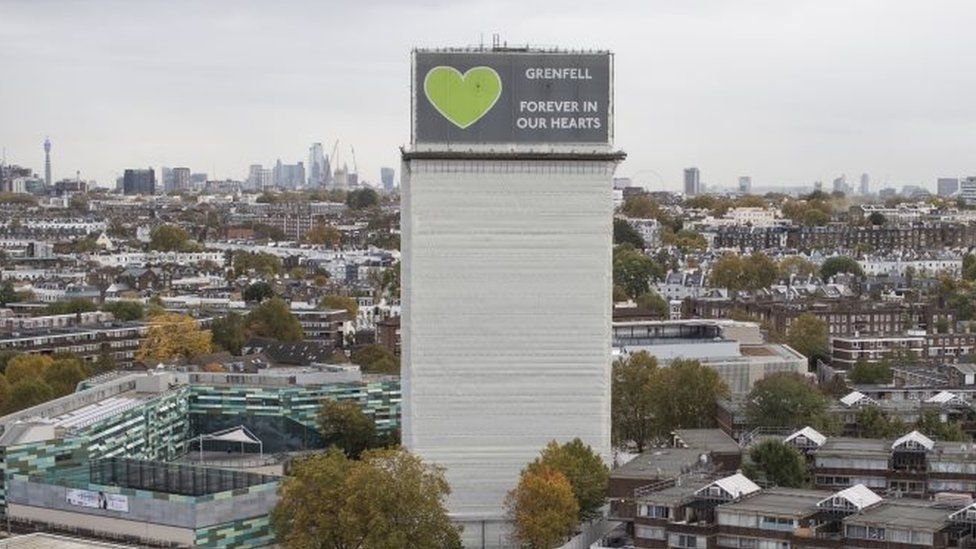 The firm that made the Grenfell Tower cladding was warned of the risks of a building fire that would kill "60 to 70" people a decade before the tragedy.
The chilling prediction of the Grenfell fire came at a presentation attended by a marketing manager from Arconic.

It never happened and the fire, made worse by Arconic's cladding, killed 72.

The public inquiry is hearing evidence relating to three Arconic employees who have refused to give evidence, citing a law in France where they live.

Reading from internal company documents obtained by investigators, the senior inquiry counsel, Richard Millett QC said that the company's marketing manager had been "very impressed" by a presentation on fire safety which he attended in 2007.

A consultant, Fred-Roderich Pohl set out the risks of the plastic used to make aluminium composite cladding (ACM), which he said had the same "fuel power" as a 19,000-litre truck of oil.

The plastic, polyethylene or PE, is highly flammable.

Mr Pohl showed pictures of a fire in Doha, Qatar, which developed quickly in the cladding system.

In his memo about the presentation, Mr Sonntag said Mr Pohl warned: "What will happen if only one building made out of PE is on fire and kills 60 to 70 persons."

It was a chilling prediction of the exact circumstances of the Grenfell Tower fire.

In his memo, Mr Sonntag also asked colleagues what the responsibility of the cladding supplier would be in that situation.

This is now a key question for the inquiry and the police, who are investigating Arconic's sales of flammable cladding.

Arconic now says that it made the raw materials for cladding systems and could not be held responsible for the ways in which they were used.

Mr Sonntag's response to the 2007 presentation was to recommend the company stop selling the PE version of the cladding in favour of a fire-retardant (FR) type.

He also said Arconic should cut production costs so that the FR version could be produced at the same price as the cheaper PE version.

The company did pursue this strategy but kept the PE version on the market until after the Grenfell fire, when the role of the product in allowing flames to spread had become clear.