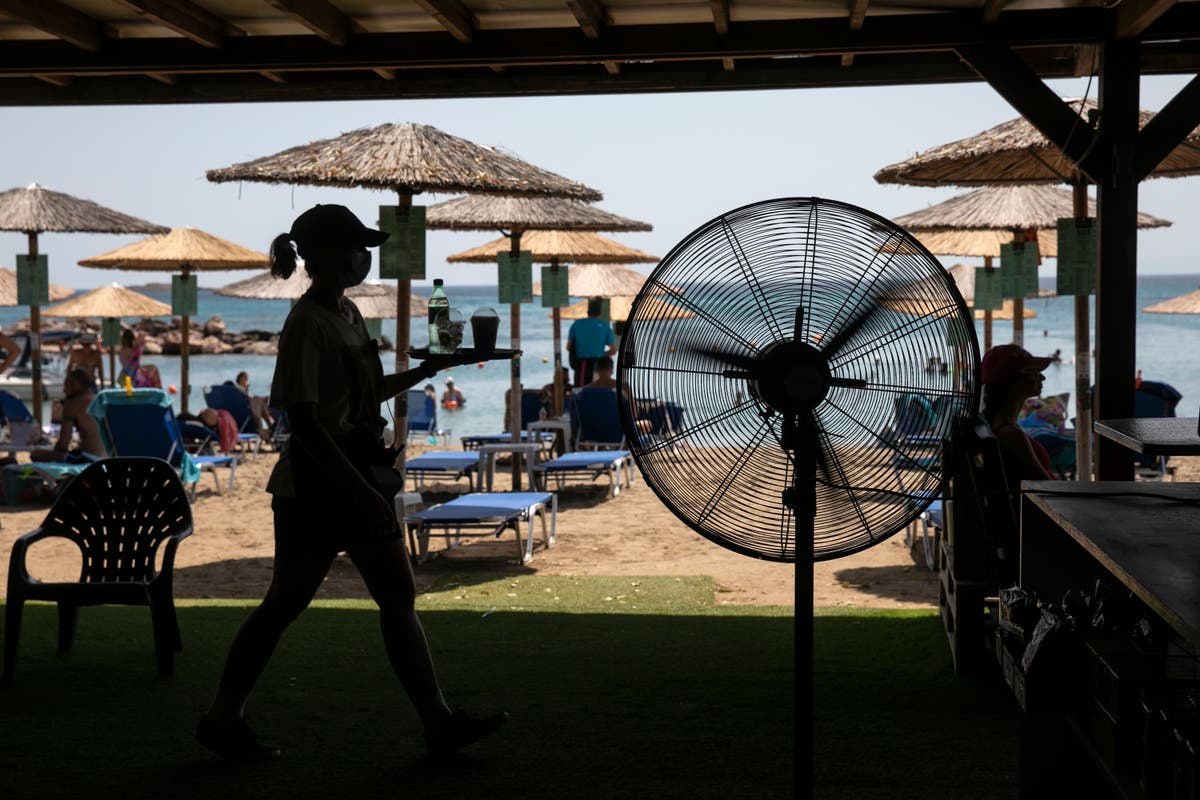 Vaccinated Brits between 40-60 years old have been partying at some of Greece’s popular bars in a bid to enjoy some post-lockdown fun.
Greece is currently on the UK amber list, meaning holidaymakers do not have to quarantine on their return if they are fully vaccinated.

And many double-jabbed Britons have been taking advantage of their travel freedoms and have taken over the nightlife scene which was predominantly occupied by 18-30 year olds pre-pandemic.

Among them was Richard Noble, 48, from Leeds, who was seen enjoying a drink at the Wicked bar on the Malia strip.

Mr Noble told The Mirror: “Maybe 48 to 60 is the new 18-30!I think especially with Covid, and older people being vaccinated, there’ll be more of us here.

“I wasn’t keen to get the jabs, to be honest – but I want to travel and get on holiday, so it had to be done.”

Malia DJ Senior Pierre, 41, told the paper this year’s crowd has “been older than previously”.

He said: “2019 was really young and that’s changed. It means there’s less trouble, so it’s better for us.”

Jacky Berkman-Pagomenou, 57, who runs the Dolphin Beach Bar, said she hosted the first-ever 18-30s bash in Malia in the 1990s. She said: “The 18-30 people came to us back then, but it is different now, especially this year. You do see more people aged 50 and over.”

It comes as Greece is said to be considering new rules for UK holidaymakers.

Greek deputy civil protection minister Nikos Hardalias said Mykonos and Ios were “one step” away from authorities imposing restrictions amid a rise in Covid cases.

All but essential travel has been discouraged to and from the country’s south Aegean islands after a surge in transmissions.

The region was marked dark red on the European Centre for Disease Prevention and Control’s (ECDC) Covid-19 map on Thursday.

Greece, which depends heavily on tourism, had relied on promoting “Covid-free” islands to draw visitors back this summer after its worst summer in decades in 2020.

Mykonos, Santorini and Rhodes are the most popular tourist hotspots, drawing millions of people every summer.

But despite a strong June in terms of arrivals and optimism from ministers and tourism officials, uncertainty remains over how the season will unfold.