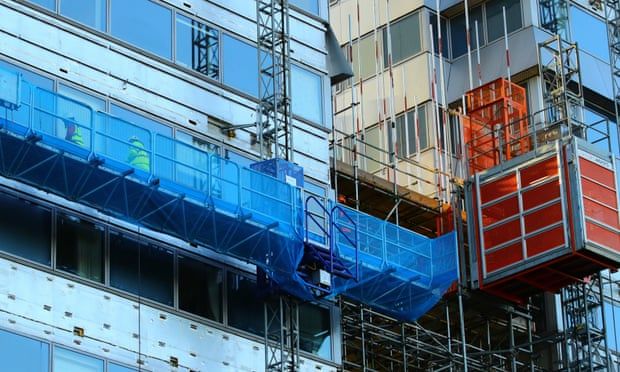 Michael Gove must spend billions more on ending the fire safety crisis in homes across England, campaigners will say on Monday, as they warn that his latest move to replace all Grenfell-style cladding overlooks myriad other risks faced by leaseholders.

The secretary of state for levelling up, housing and communities will unveil a £4bn package that enables leaseholders to escape the onerous costs involved in replacing combustible cladding, announcing to parliament that residents of blocks between 11m and 18m tall will no longer face crippling bills.

He will tell building companies and manufacturers of combustible materials: “We are coming for you” in a new plan to hold them accountable, with a warning that firms have shown “insufficient contrition” since the disaster that killed 72 people in June 2017.

But leaseholders in buildings with other fire-safety problems – such as wooden balconies – will still face huge bills, and campaigners will urge Gove to help these people to finally draw a line under the crisis.

“This feels like it could be the beginning of the end of our cladding scandal, but we are still a long way away from solving it,” said Giles Grover, a spokesperson for the End Our Cladding Scandal campaign group. “The government is still focusing on cladding, but they know full well it goes beyond that. People are still facing life-changing costs.”

People living in unsafe properties have been landed with bills of up to £200,000. Many blocks have combustible cladding, but also problems with defective fire doors, flammable balconies and missing firebreaks because of non-compliant building works. Under the new Treasury-approved plan, which aims to force developers to pay the £4bn bill but could require funds to be diverted from existing government budgets, only cladding remediation costs will be covered.

Campaigners want a change to the law to protect them from all costs caused by fire safety defects that were not their fault. The latest funding will add to the £5.1bn already announced for fixing combustible cladding on apartment blocks over 18m in height. Yet the cost of remedying all post-Grenfell fire safety problems was last year estimated by MPs at £15bn – and may be even higher.

Gove will say if developers and builders don’t pay, government could legislate to force them to pay up.

In the meantime, the Treasury has made clear that any public funds required will have to be diverted from the Department of Levelling Up’s existing budget, according to a letter leaked to BBC Newsnight. 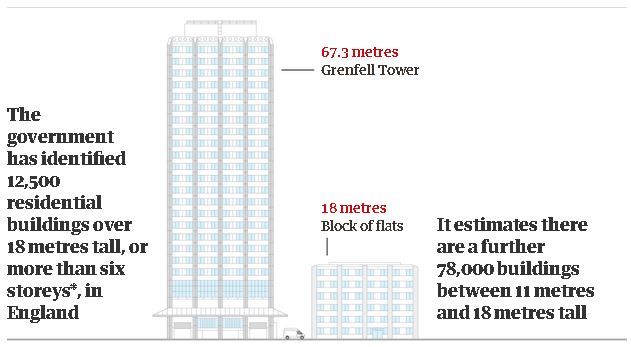 Source: Government estimates of all buildings, not just those with dangerous cladding,April 2020 (over 18 metres), September 2021 (under 18 metres) . *whichever is reached first

However, construction lobbyists argue that firms that manufactured or supplied combustible cladding should be urged to shoulder the financial burden.

The Home Builders Federation (HBF) said the largest housebuilders had already spent or committed £1bn to fix the buildings for which they were responsible.

Stewart Baseley, the HBF’s executive chairman, said: “Whilst housebuilders are committed to playing their part, there are many other organisations involved in the construction of affected buildings, including housing associations and local authorities.

“As well as developers and government, other parties should be involved in remediation costs, not least material manufacturers who designed, tested and sold materials that developers purchased in good faith that were later proved to not be fit for purpose.”

Ministers could end up paying millions of pounds if developers cannot be identified. For instance, foreign developers often set up UK shell companies that share out work between subcontractors, then dissolve once it is finished. In other cases, developers may have since gone bust, meaning there is no corporate entity to target.

If the Treasury does not give the housing department more money to cover the costs of remediation for buildings with no obvious developer, it could eat into the government’s budget for other projects to increase the supply of new homes, an industry source warned.

Taylor Wimpey said the company had already committed to fixing its buildings. “We trust that we will not be penalised for our early action to do the right thing,” a spokesperson said. “This is an industry-wide issue and therefore needs an industry-wide solution.”

Gove’s expected announcements were cautiously welcomed by leaseholders, who feel a solution may be finally be in sight, after many have suffered serious mental health problems in the intervening years. Homeowners have been trapped in unsellable, in effect worthless homes, which has destroyed plans to move jobs, have children and marry.

Striking a more aggressive tone than his predecessors, Gove is set to say: “Those who manufactured dangerous products and developed dangerous buildings have shown insufficient contrition.”

He is planning to signal a new “proportionate” attitude to risk and, crucially, will scrap post-Grenfell advice from the government that all residential block wall systems need checking for possible removal and replacement, regardless of building height.

He will say sprinklers and fire alarms should be used more often to mitigate risks instead of expensive remediation works. The government will also start auditing assessments of the risks posed by buildings to make sure expensive fixes are only being proposed where lives are at risk.

Gove’s intervention comes ahead of former ministers facing questioning at the Grenfell Tower public inquiry over claims that Conservative-led governments prioritised a “bonfire of red tape” over safety.

Labour’s shadow housing minister, Matthew Pennycook, said: “On the face of it, these proposals appear far less significant than they sound … There is nothing new for the significant numbers of leaseholders facing huge bills to fix non-cladding defects; no guarantee that the cost of remediating buildings under 18 metres won’t be drawn from already allocated public funding; no help for the countless leaseholders currently mired in mortgage chaos.”