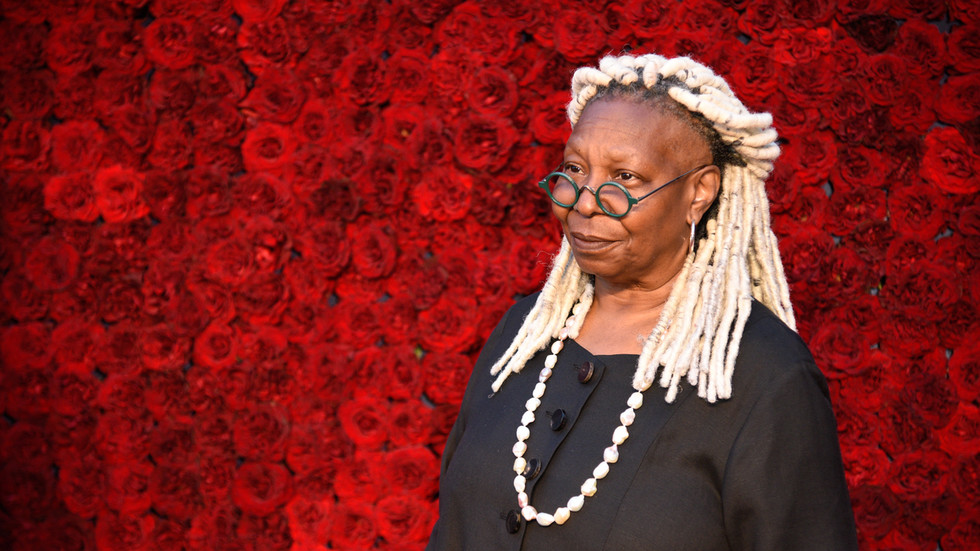 “The Holocaust isn’t about race.” Have you ever heard a statement so insensitive, so offensive, and – to be blunt – so downright ill-informed and stupid? However, this is what was said by Hollywood actress Whoopi Goldberg when she appeared in her regular slot on ABC’s daytime talk show, ‘The View’.

I know that ‘The View’ is not known for its in-depth or insightful debate. The all-female panel usually focus on banal topics or spend their time bashing former President Donald Trump. But it was during a discussion about a Tennessee school board’s decision to remove ‘Maus,’ Art Spiegelman’s graphic novel about the Holocaust –which depicts Jews as mice and Nazis as cats –from its curriculum that Goldberg put her foot firmly in her mouth.

As the panellists denounced the decision to remove the book based on the fact that it contains nudity, Goldberg intervened with this pearl of wisdom: “But it’s not about race. It's not. It’s about man’s inhumanity to man… these are two white groups of people.” Naturally, the other panellists were flabbergasted, and when they challenged Goldberg about her statement, she doubled down, which prompted the show to swiftly go to a convenient commercial break.

Goldberg’s comments unsurprisingly caused uproar, and she has been roundly criticised for her crassness. For example, Jonathan Greenblatt, the chief executive of the Anti-Defamation League, said: “The Holocaust was about the Nazis’ systemic annihilation of the Jewish people – who they deemed to be an inferior race. They dehumanised them and used their racist propaganda to justify slaughtering six million Jews. Holocaust distortion is dangerous.”

Goldberg obviously does not know anything about Adolf Hitler or Nazi Germany; if she did, she would never have made such an idiotic statement. Indeed, Hitler made his views clear about whether the Jews were a race in ‘Mein Kampf’, his poorly written semi-autobiographical manifesto. Hitler asked, “Is not their very existence founded on one great lie, namely, that they are a religious community, whereas in reality they are a race?”

Then, one only has to look at what the Nazis did when they came to power as proof that they viewed the Jews as a race. In 1935, for example, they initiated the Nuremberg race laws, which barred Germans from marrying Jews because they believed it would dilute their Aryan stock. Moreover, those working for the government had to provide evidence that they had no Jewish ancestry. There are many, many more examples of the blatant racism of the Nazis – because theirs was an ideology based around race. And the Holocaust was not just another form of racism, it was an organised attempt to wipe a race off the face of the Earth.

I am afraid Goldberg’s statement highlights where you arrive at once you go too far down the Black Lives Matter rabbit hole. You end up seeing everything through a prism, where the pigmentation of a person’s skin is the be all and end all. And with that logic – or lack thereof – the extermination of the Jews cannot be about race, because they were white and the Nazis were white too. It’s as ridiculous as it is insidious.

Indeed, using this warped logic, transatlantic slavery was racist because it happened to black people, but white slaves being taken by the Arabs and Turks – of which there is a mountain of evidence – is not. You see, this logic dictates that racism is a one-way-street.

Following her misguided statement, Goldberg issued a grovelling apology. She wrote on Twitter, “On today’s show I said the Holocaust ‘is not about race, but about man’s inhumanity to man’. I should have said it is about both… The Jewish people around the world have always had my support and that will never waiver [sic]. I am sorry for the hurt I have caused.”

Fine words indeed, but they are meaningless unless Goldberg addresses why she said that the Holocaust was not about race in the first place, which would mean an end to her and others seeing everything through a lens of black versus white.

I am not sure that’s going to happen anytime soon, as she later said, “I feel, being black, when we talk about race it’s a very different thing to me … I thought it was a salient discussion because as a black person I think of race as being something that I can see.” But history shows us it is not, as the Holocaust is the worst example of racism in the last century, and arguably the worst the world has ever seen.

So, now what happens to Whoopi Goldberg? Will she be cancelled, or will her apology suffice? Well, I expect it will be the latter, because when it comes to politics, she is seen to be on the side of liberal righteousness. However, if a celebrity on the right – and there are a few – made such an outrageous statement, they would almost certainly be cast into Hollywood’s outer darkness.

Oh ya 187 days ago
A washed up nobody just trying to stay in the limelight. Ignore the idiot
View all comments (1)Add comment