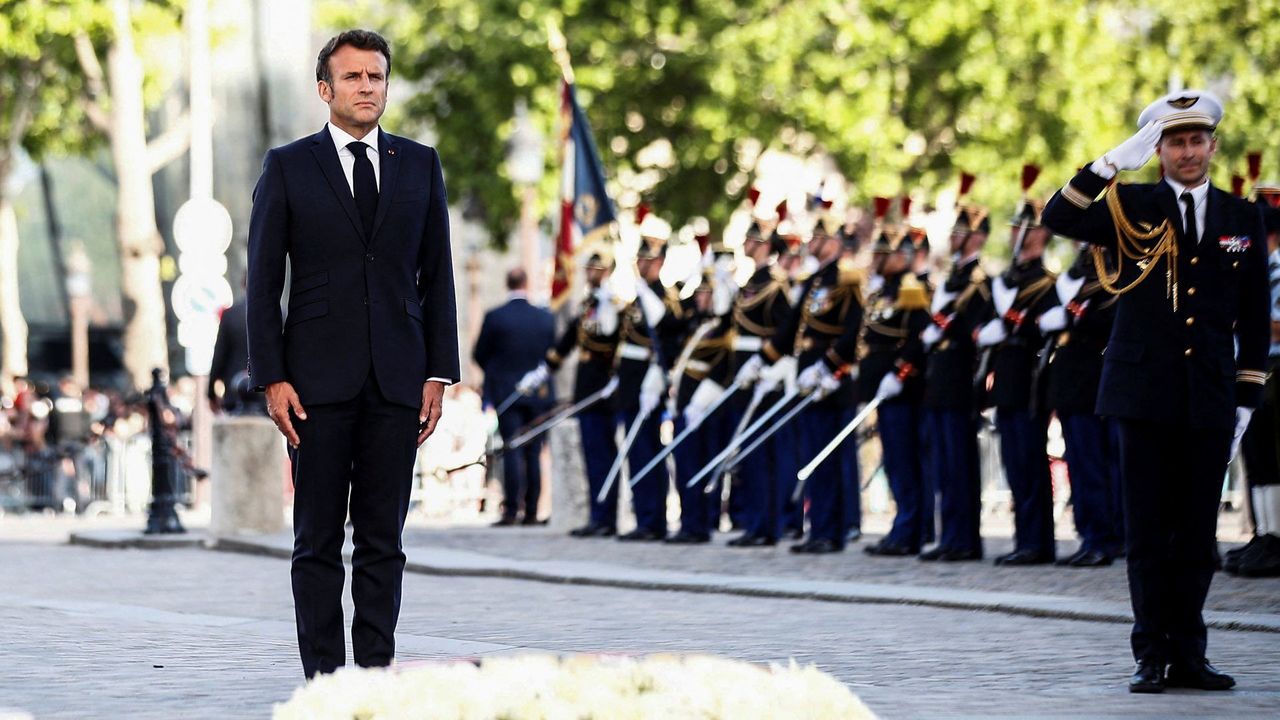 'God save the Queen' played at Paris Jubilee celebration

The anthem was played before French President Macron rekindled the 'eternal flame' by the Arc de Triomphe.

Britain's national anthem 'God save the Queen' was played before a ceremony to mark the Queen's Platinum Jubilee in Paris.

France's President Macron was accompanied by the British Ambassador to France, Menna Rawlings in rekindling the 'eternal flame' that lies beneath the Arc de Triomphe.

The flame burns in front of the Tomb of the Unknown Soldier, a memorial to the dead who were never identified in World War One and World War Two.