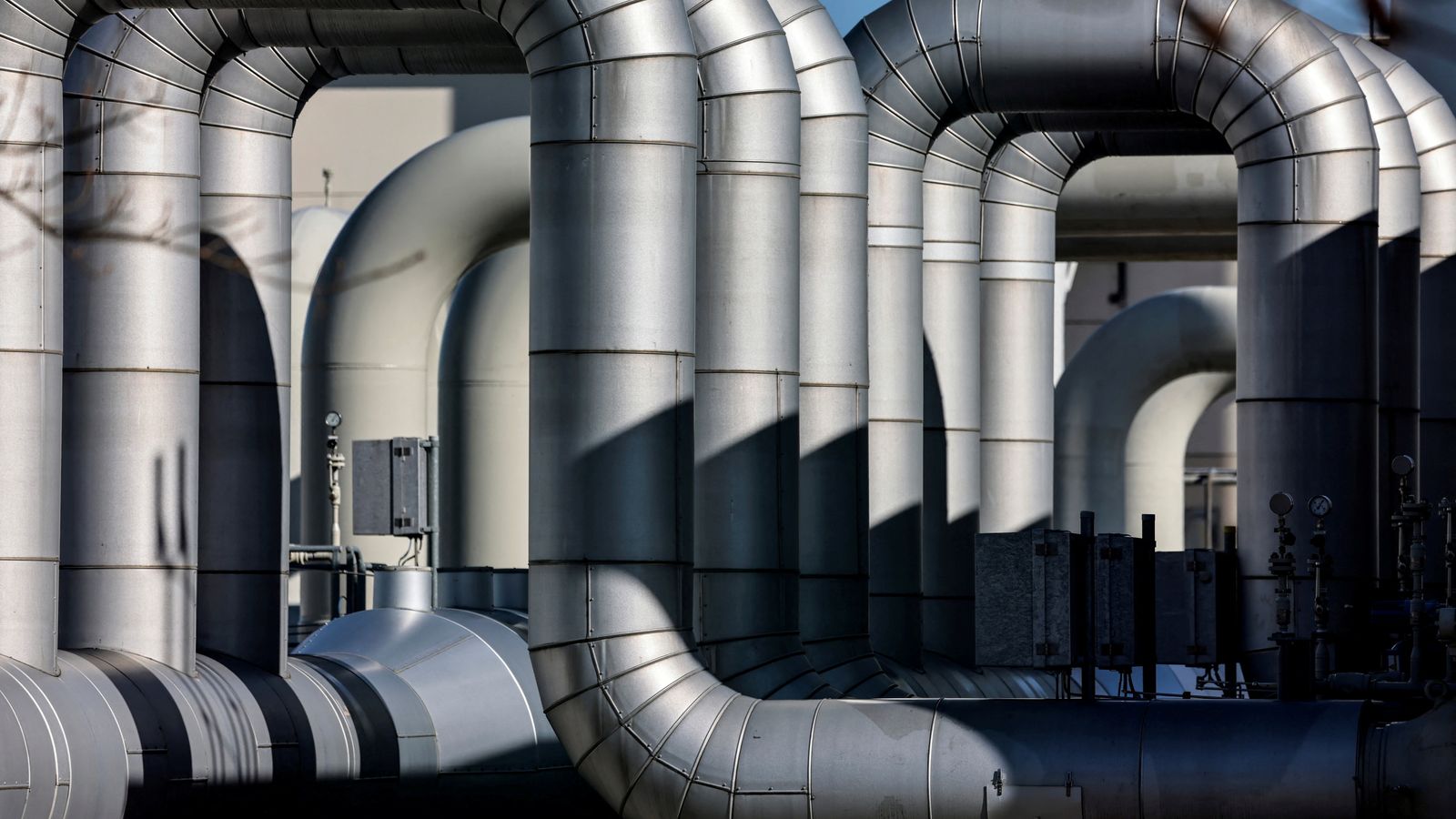 Germany has accused Russia of trying to push up gas prices by cutting supplies.

Germans have been urged to save energy after Russia's Gazprom announced significant cuts in natural gas supplies via a key pipeline.

Gazprom, which is state-owned, announced a 40% reduction in gas flows to Germany through the Nord Stream 1 pipeline on Tuesday.

On Wednesday the cut was increased to 60%.

Kremlin spokesperson Dmitry Peskov said reductions in supply were not premeditated and related to maintenance issues.

Gazprom said it had been unable to secure the return of equipment sent to Canada for repairs due to sanctions the country imposed over the war in Ukraine.

Russia's ambassador to the EU told state news agency RIA Novosti more delays could lead to flows via the pipeline being completely suspended.

Gazprom chief executive Alexei Miller said he could see no solution to the equipment problem affecting the Portovaya compressor station, which is part of the pipeline.

Germany said maintenance should not have been a problem until the autumn, calling Russia's excuse "unfounded".

Putin 'is doing what was feared'

It accused Russia of trying to push up gas prices and create uncertainty.

Dutch wholesale gas prices, the European benchmark, surged about 30% on Thursday afternoon in response to the news.

Russian President Vladimir Putin "is doing what was to be feared from the beginning: he is reducing the volume of gas, not in one go but step by step", German Vice-Chancellor Robert Habeck said.

He pointed to earlier Russian decisions to cut supplies to Bulgaria, Denmark and others.

Mr Habeck, who had already launched a campaign for people to save energy last week, drove home the message after Gazprom's announcements.

"Gas is coming to Europe - we have no supply problem, but the volumes of gas must be acquired on the market and it will get more expensive," he said.

He added the government has implemented a law requiring gas storage to be filled and is prepared.

He applauded Germans for their willingness to save energy.

Germany is not the only one facing falling Russian supplies.

Austria's OMV said Gazprom notified it of reduced deliveries, while France's Engie said flows were down but clients were not affected.

Italy's Eni said it would receive only 65% of the volumes it had requested from the company due to the issues at Portovaya.

The Italian government said it has drawn up contingency plans in case gas supply cuts continue in the days ahead.