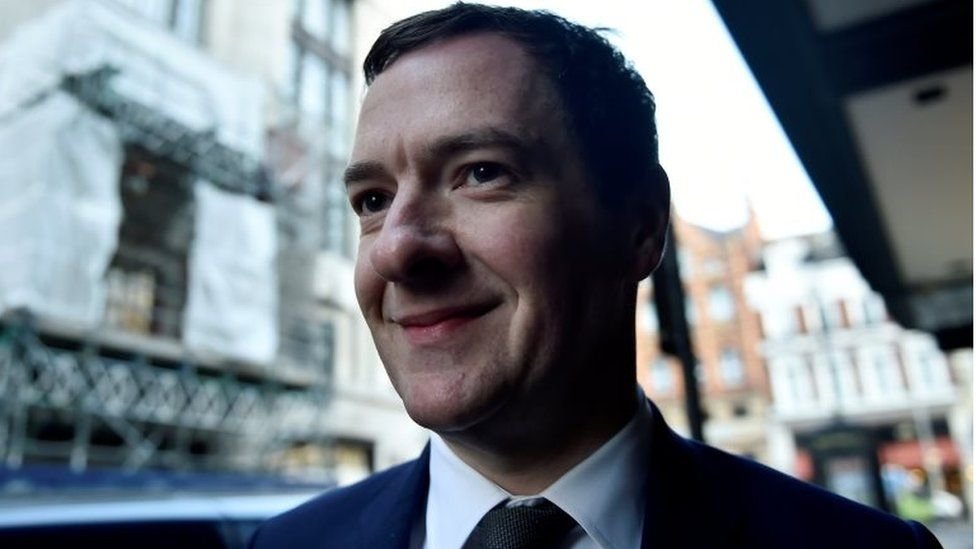 George Osborne, the former UK chancellor known for having an eclectic range of jobs since leaving office, is taking up a full time role at a small investment bank, Robey Warshaw.

It will mean leaving jobs at London's Evening Standard newspaper and BlackRock, the powerful financial firm.

At Robey Warshaw, Mr Osborne, chancellor from 2010 to 2016, will specialise in big takeover deals.

He said he was "proud to be joining... the best of the best".

Mr Osborne had been editor of the Evening Standard. Last year he became editor-in-chief of the London free-sheet when Emily Sheffield took over as the day-to-day editor.

BBC media editor Amol Rajan said he leaves the paper "at a time when its business model, depending on heavy commuter footfall in London, is broken".

Mr Osborne was a key lieutenant in David Cameron's Conservative government, pushing through policies to reduce Britain's deficit in an austerity drive that divided popular opinion.

Shortly before leaving Parliament he took up an advisor role at fund manager BlackRock, a one-day-week job that reportedly paid £650,000 a year.

He also had jobs in academia and at the McCain Institute, a think-tank founded by the late Republican senator John McCain.

Mr Osborne joins Robey Warshaw as a partner in April. The boutique investment bank specialises in mergers and acquisitions, and its clients include Centrica, Vodafone, and BP.

The firm is thought to have only about 13 staff, but has advised on some major deals, most recently the London Stock Exchange's $27bn takeover of Refinitiv, a data company.

Mr Osborne said: "Robey Warshaw is the best of the best, advising great businesses on how to grow, and I'm proud to be joining this first-rate team."

He will remain as chairman of the advisory board of Exor, the holding company through which Italy's billionaire Agnelli family manages its investments.

Last year Sajid Javid, who served as chancellor from 2019 to 2020, took an advisory role at US investment bank JP Morgan.