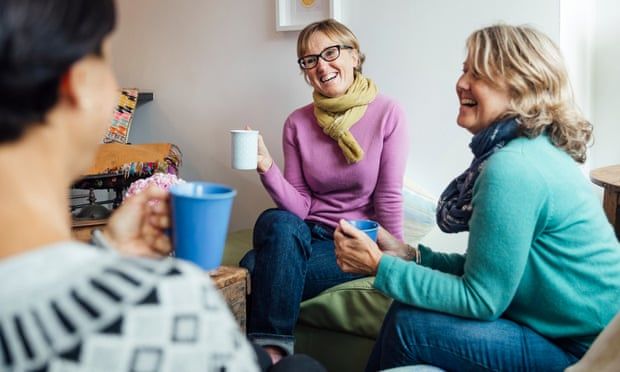 Research could lead to doctors being able to tell women how long they have got left to start a family
A series of genetic signals that influences the age women begin menopause has been identified, potentially paving the way to fertility treatment that could extend the natural reproductive lifespan of women.

Researchers scanned the genes of more than 200,000 women and found nearly 300 genetic signals that researchers said could help identify why some women are predisposed to early menopause, the health consequences of going through menopause early and whether these signals can be manipulated to improve fertility.

The study, led by scientists from the universities of Cambridge, Exeter and Copenhagen and still in its early stages, found that two genes named CHEK1 and CHEK2 were key to understanding the difference between these women.

When CHEK2 was inhibited in mice, their offspring had a longer reproductive life span.

Similarly, when CHEK1 was overexpressed in the mice, that extended the offspring’s reproductive lifespan by enhancing the starting number of eggs in fetal life.

Their data suggested that women who lacked enough CHEK2 protein experienced menopause more than three years later than those who had normal CHEK2 levels.

The researchers also examined certain health impacts of having an earlier or later menopause.

They found genetically that earlier menopause increased the risk of type 2 diabetes and was linked to poorer bone health and increased risk of fractures.

But they also found earlier menopause decreased the risk of some types of cancer, such as ovarian and breast cancer.

Study co-author Dr Katherine Ruth of the University of Exeter said: “We found that earlier menopause was causally associated with a lower risk of hormone-sensitive cancers.

“We think this is probably due to having a shorter lifetime exposure to high levels of sex hormones (which are at higher levels while a woman is still menstruating).”

Ruth added: “We hope our work will help provide new possibilities to help women plan for the future.

“By finding many more of the genetic causes of variability in the timing of menopause, we have shown that we can start to predict which women might have earlier menopause and therefore struggle to get pregnant naturally.

“And because we are born with our genetic variations, we could offer this advice to young women.”

Prof Eva Hoffmann of the University of Copenhagen, also a co-author on the study, said their findings “provide potential new direction for therapeutic approaches that might seek to treat infertility, particularly, in IVF treatment”.

She added: “There are, of course, a number of scientific questions and safety concerns that have to be addressed before this is attempted in humans.

“But what our studies show is that it is possible that targeted short-term inhibition of these pathways during IVF treatment could help some women respond better.”

The female reproductive lifespan begins with puberty and ends with menopause, but the timing of menopause varies considerably among women – most women go through menopause between the age of 40 and 60 (about 1% have their menopause before 40). Akin to nearly every health condition, this timing is determined by genetics coupled with environmental and lifestyle factors.

These environmental factors, such as smoking and BMI, are well studied – but the genetic basis of menopause has been relatively opaque. These genetic underpinnings have been difficult to investigate because although women’s supply of eggs is determined in the womb before birth – over the course of her reproductive lifespan some are lost due to cell death triggered by DNA damage.

“We found five times as many genetic factors than were known previously,” said study author Dr John Perry from the University of Cambridge. “In terms of what we know about the genetics of menopause, it’s a huge leap forward.”

One of the key aims of the study was to help predict a woman’s natural fertility window. There are some tests that can measure hormones that indicate a woman has a low ovarian reserve but by the time it is detected the decline has already begun – there’s no long-term predictor of when the decline will begin, said Perry.

Further research could help identify some women who are at relatively high risk compared with others, he added.

“Ultimately, what we’re working towards is this sort of predictive test where you could analyse someone’s DNA, and then try to infer what their natural fertility window would be … then women can make more informed reproductive choices,” he said.

On the basis of the identified genetic variants, the researchers also crafted a risk score to assess whether it was possible to pinpoint which women were likely to reach menopause early.

“We compared the predictive ability of our genetic risk against the best non-genetic predictor that we knew of, which was smoking,” noted Perry.

“As it turns out, our genetic risk score hasn’t yet reached the level for clinical utility, but it’s a better predictor than smoking.”
Add Comment