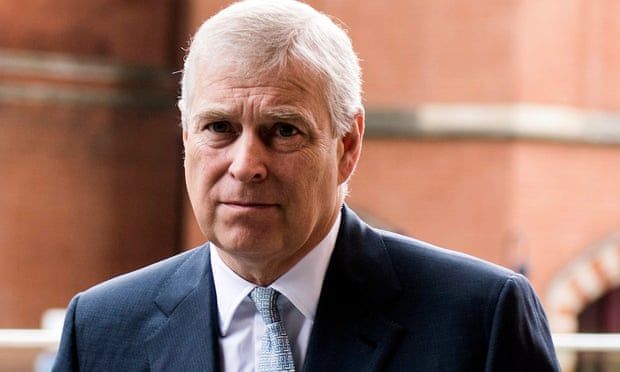 Funding of Prince Andrew’s settlement to be raised in parliament

A Labour MP intends to seek assurances in parliament that public money will not be used to pay for the Duke of York’s settlement with Virginia Giuffre.

An out-of-court settlement for an undisclosed sum, reportedly as high as £12m, was reached with Giuffre, who was suing the Queen’s son claiming he had sexually abused her after she was trafficked by his friend and convicted sex offender Jeffery Epstein.

Andrew, 61, announced a “settlement in principle” with Giuffre, 38, on Tuesday in a joint statement that made no admission of guilt over the allegations which he has always denied.

Andy McDonald, the MP for Middlesbrough, said he would raise the issue when MPs return to Westminster next week after their half-term break.

He told BBC Two’s Newsnight: “This is a person of very high profile involved in a case where his position of authority and privilege has been allegedly abused and it is an enormous sum of money.

“We don’t know the precise figure but there is a risk that this will be at the public’s expense so we need to have that resolved. We need to know exactly where this money is coming from.

“I am going to take the opportunity to raise this issue in parliament because the issue isn’t going to go away until people have that information and receive assurances that public money is not going to be used to in any way contribute to the settlement.”

Andrew has also agreed to make a “substantial donation” to Giuffre’s charity for victims’ rights, and pledged to “demonstrate his regret for his association with Epstein” by supporting the “fight against the evils of sex trafficking and by supporting its victims”.

Buckingham Palace has declined to comment on reports the Queen will be contributing to the financial settlement from her private income, derived from the Duchy of Lancaster estate.

The shadow secretary of state for Scotland, Ian Murray, earlier told the BBC that transparency was needed about how the settlement will be funded if public money will be involved.

Mark Stephens, an international reputation lawyer from the firm Howard Kennedy, said the duke will have to give details of where the settlement money is from or risk more “reputational damage” to the monarchy.

He said: “I think there’s equal concern that it comes from the royal family and what they want to see is that Andrew is paying out of his own pocket – that he’s personally being financially punished here.”

Andrew is reportedly in the process of selling his Swiss ski chalet with the property expected to generate many millions in funds.

Last month, the Queen stripped Andrew of his remaining patronages and honorary military roles as the monarchy distanced itself from the duke ahead of potentially damaging developments in his lawsuit.

It is understood he will remain a counsellor of state, able to step in temporarily for the Queen, along with retaining his title Duke of York and military rank of vice admiral.