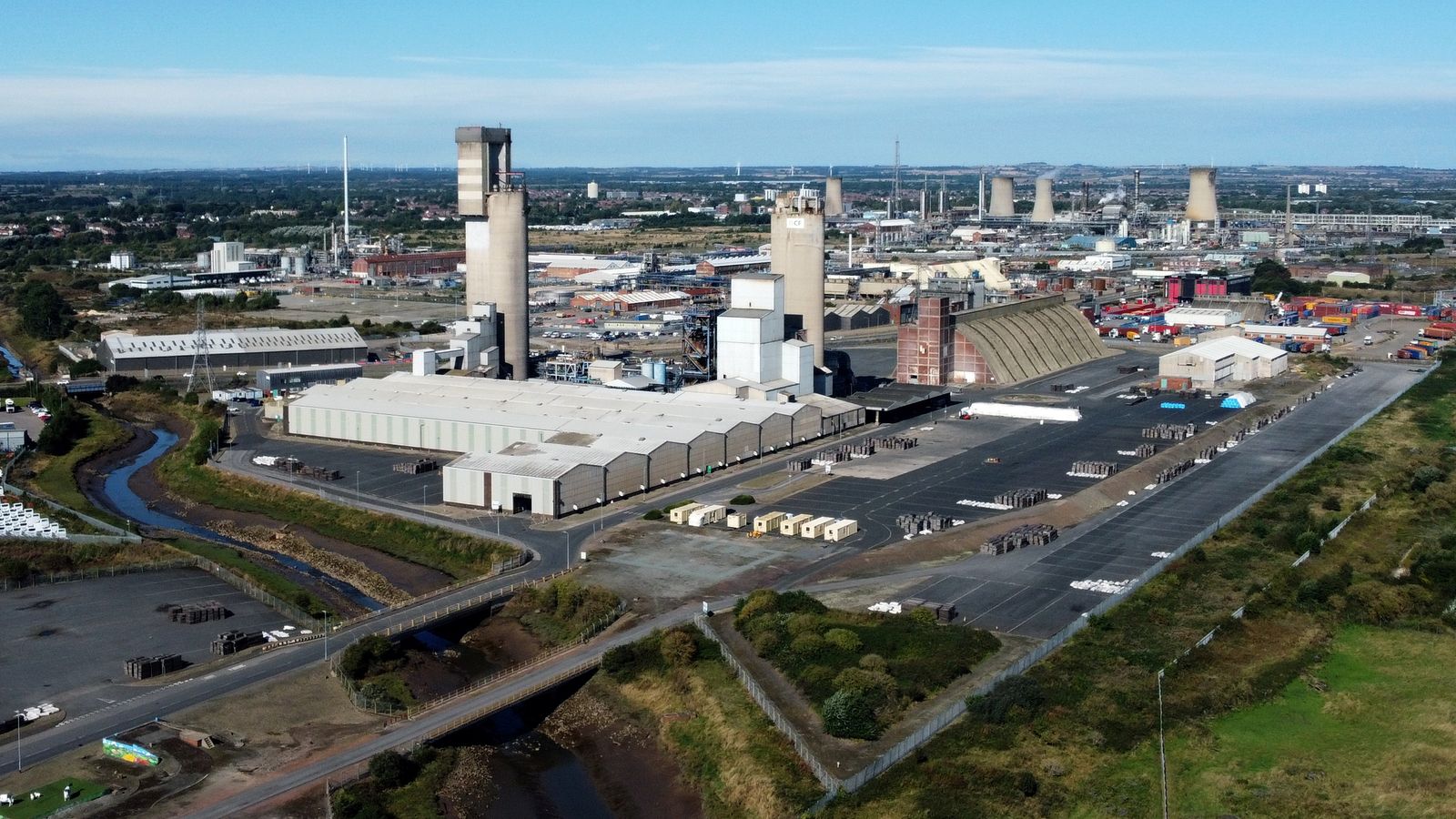 Ministers were forced to intervene nearly two years ago with financial support for a plant near Middlesbrough after its closure threatened a food supply crisis.
Fresh fears have flared over a shortage of carbon dioxide - critical to the food and drinks industry - after a major supplier said it was halting production in the face of soaring energy costs.

There are renewed worries after CF Fertilisers said it was pausing operations at its remaining UK ammonia plant at Billingham near Middlesbrough, because rocketing gas prices made it "uneconomical".

The development comes as millions of households learned they will see their energy bills rocket as a record 80% price hike was announced, driven by Russia's invasion of Ukraine.

The firm supplies 42% of the UK's CO2, which is a by-product from the production of ammonia.

CO2 plays a key role in the food supply chain, keeping food fresh and adding fizz to beer and soft drinks, as well as being used in the humane slaughter of pigs and chickens.

It has been warned any disruption in supply poses a serious risk to food production and security, and animal welfare.

Ministers were forced to intervene nearly two years ago with financial support for the plant after a shutdown, blamed at the time on a surge in gas prices, triggered a food supply crisis.

The government has said it is "aware" of the latest decision and is examining options to improve the resilience of CO2 production in the UK.

Whitehall assurances over the impact of the stoppage are now being sought by the chair of the Commons Environment, Food and Rural Affairs Committee.

Sir Robert Goodwill, who has written to the environment secretary to express his concerns, said: "Recent reports that CF Fertiliser will be halting production of ammonia are worrying, given the knock-on impacts this decision will have on CO2 production in the UK.

"Any disruption to CO2 supply could have serious effects on food production, national food security, and animal welfare."

Nick Allen, chief executive of the British Meat Processors Association, said the government would "need to step in".

He said: "Whilst we are in a much better position now than we were a year ago, if CF Industries follows through on its threat to close Billingham the British meat industry will have serious concerns.

"Without sufficient CO2 supplies the UK will potentially face an animal welfare issue with a mounting number of pigs and poultry unable to be sent for processing.

"It's for this reason that securing CO2 supplies is of key strategic importance and, following this latest development, we can't see how government can sit on the sidelines and insist that it's for companies to work it out amongst themselves."

Emma McClarkin, chief executive of the British Beer and Pub Association, said the timing of the announcement "couldn't be worse" as she also called for the government to intervene.

"This decision raises serious concerns for the sustainable supply of CO2 to the brewing and pub industry," she said.

"A guaranteed supply is essential for operations across pub and brewing businesses and this announcement comes at a time when they are already facing extreme cost rising that are threatening businesses and people's livelihoods across the country."

CF said: "At current natural gas and carbon prices, CF Fertilisers UK's ammonia production is uneconomical, with marginal costs above £2,000 per tonne and global ammonia prices at about half that level."

A government spokeswoman said: "We are aware that CF Fertilisers has taken the decision to temporarily halt ammonia production at Billingham.

"While the government continues to examine options for the market to improve resilience over the longer term, it is essential industry acts in the interests of the public and business to do everything it can to meet demand."

The CBI warned earlier this week that many viable companies face "distress" unless urgent action is taken by the government to get a grip on the energy cost crisis.
Add Comment