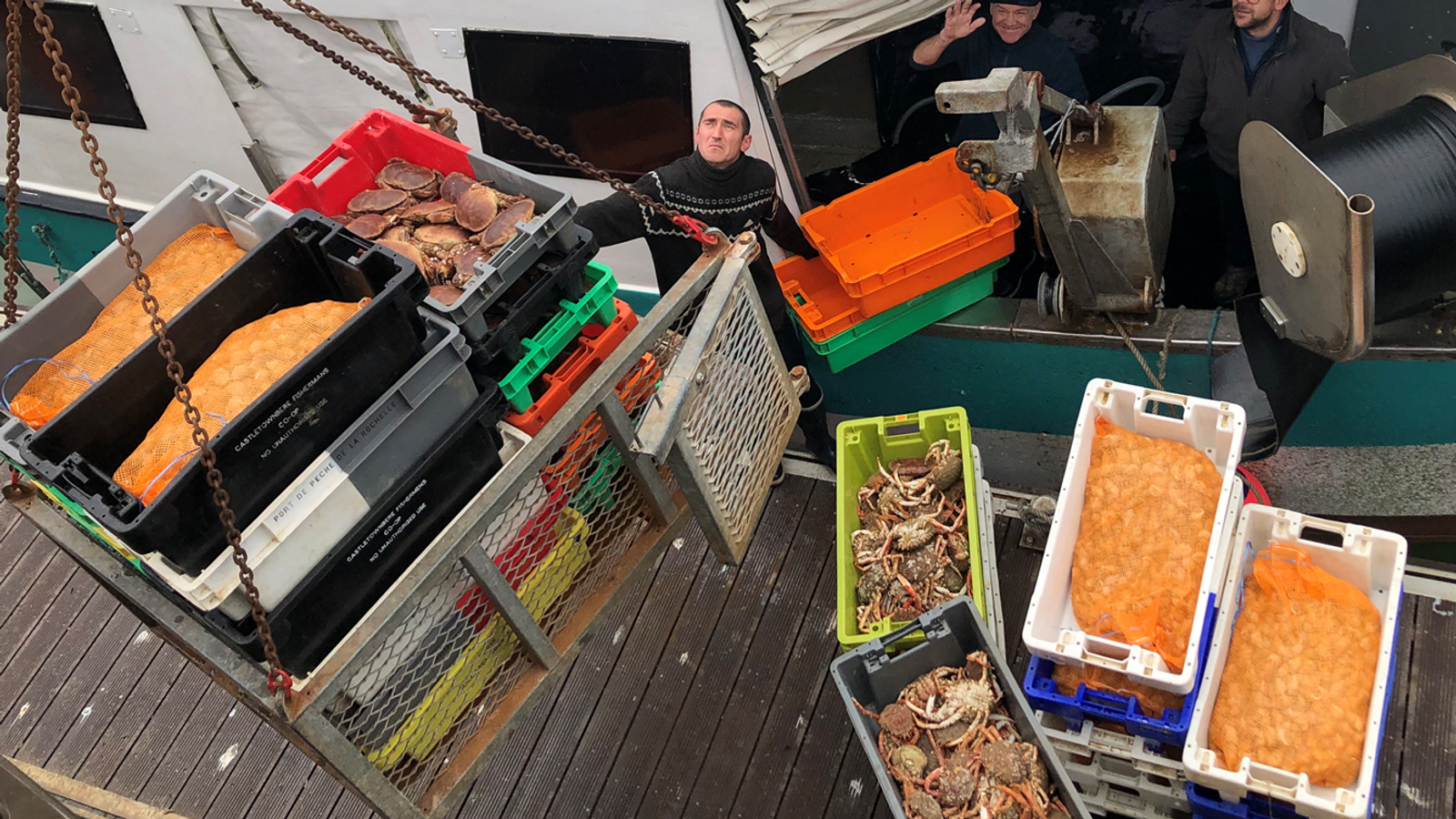 One captain says he has decided to keep fishing, regardless of official licensing requirements, as his livelihood depends on it.

On the quayside in Boulogne-sur-Mer, a small crowd is gathering. As they watch, a boat ties up and starts to unload its haul.

In this fishing town, they know the significance of this.

The tradition is that nobody goes to sea on New Year's Day, so this is the first catch of 2021 - crabs, lobsters, sea snails and some assorted other fish. 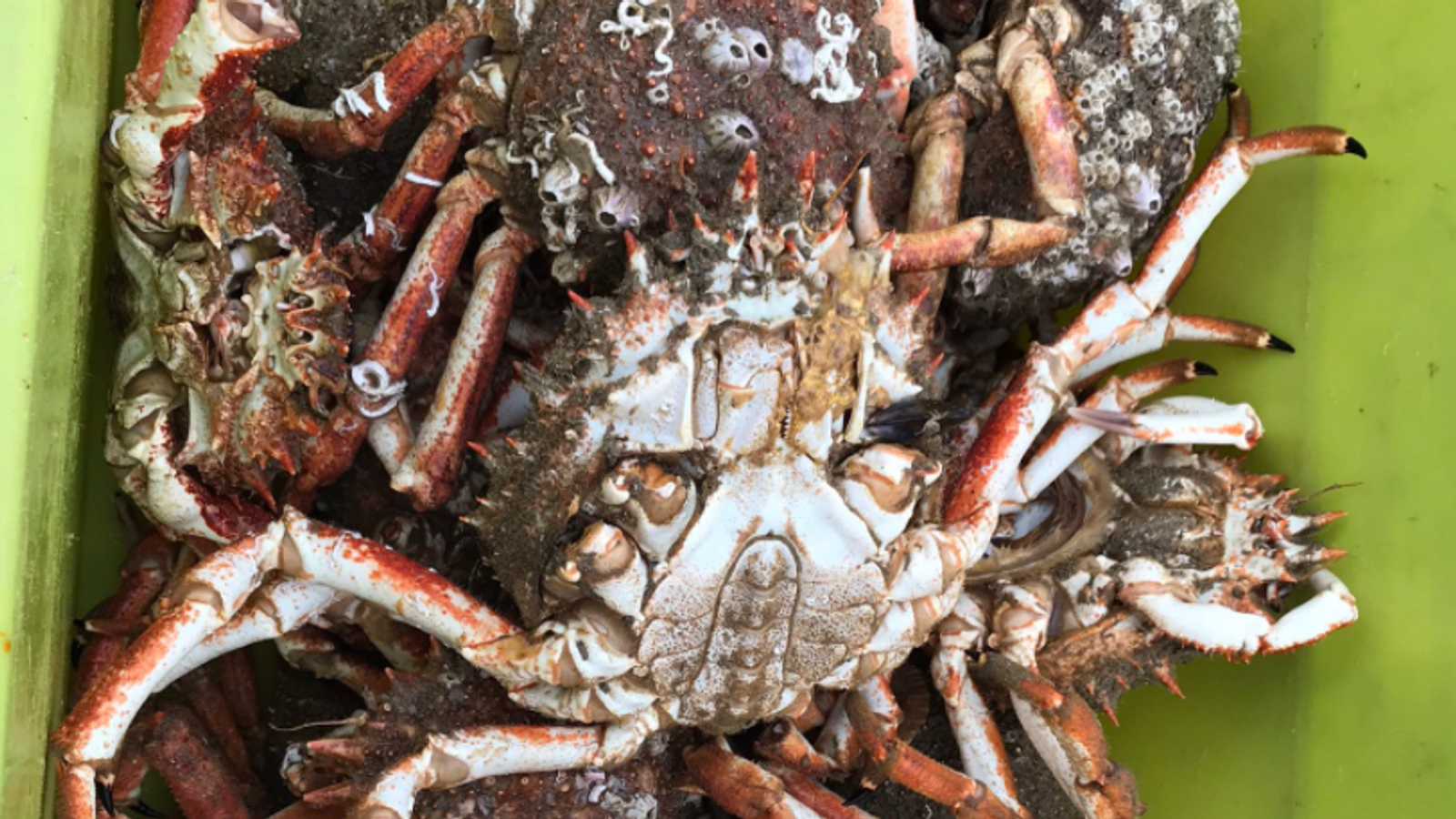 'These are Mr Johnson's crabs,' the captain says

A father pushes his child to the front to watch; some are taking photos.

We went out with the crew of this boat during the summer, watching as they entered British waters to access crab and lobster pots and talking to the captain, Laurent, about his views on Brexit.

Back then, he was calm, expecting a deal, but in the months that followed he became more and more worried.

A few weeks ago, when we last spoke to the skipper, he was increasingly anxious that Brexit was about to see his boat banned from British waters.

Now, as we greet him and the three other members of the crew, they are happy and relieved.

"These are Mr Johnson's crabs," he says, pointing to the boxes of shellfish. "Happy New Year".

They had set to sea at 2am. As they unload, the time clicks over to midday.

The shellfish that he unloads will be on dinner plates in a few hours' time.

It is the rhythm of fishing that has persisted throughout Laurent's life, as well as the lives of his fishermen father and grandfather before him. 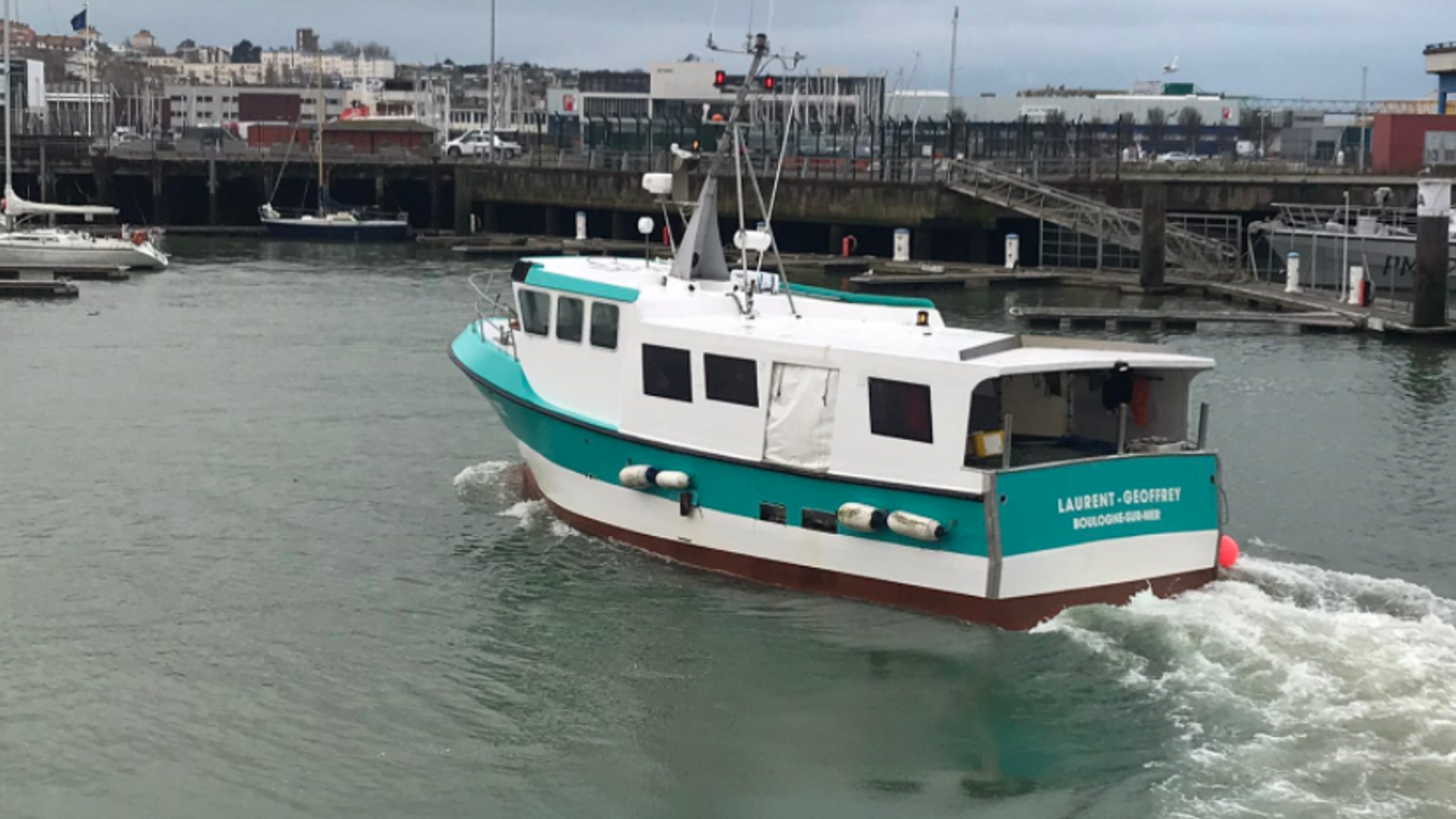 The crew set sail at 2am and returned at 12pm

That is why the Brexit deal was felt with such profound relief by him, and by this town.

But an issue does linger.

He tells me that, as things stand, it's not clear if he's actually supposed to go fishing in the British waters from where he has just returned.

"When the news came through on December 24th that we wouldn't immediately be affected by Brexit, we were relieved," says Laurent.

"But then came a panic in the early hours of December 30th, when we were told that we would still need a permit in order to fish in UK waters in the future."

The message was that the paperwork could take up to a week to come through.

Clement Beaune, France's Europe minister, came to Boulogne to reassure fishermen that the licences would be processed as quickly as possible.

But few here want to wait. 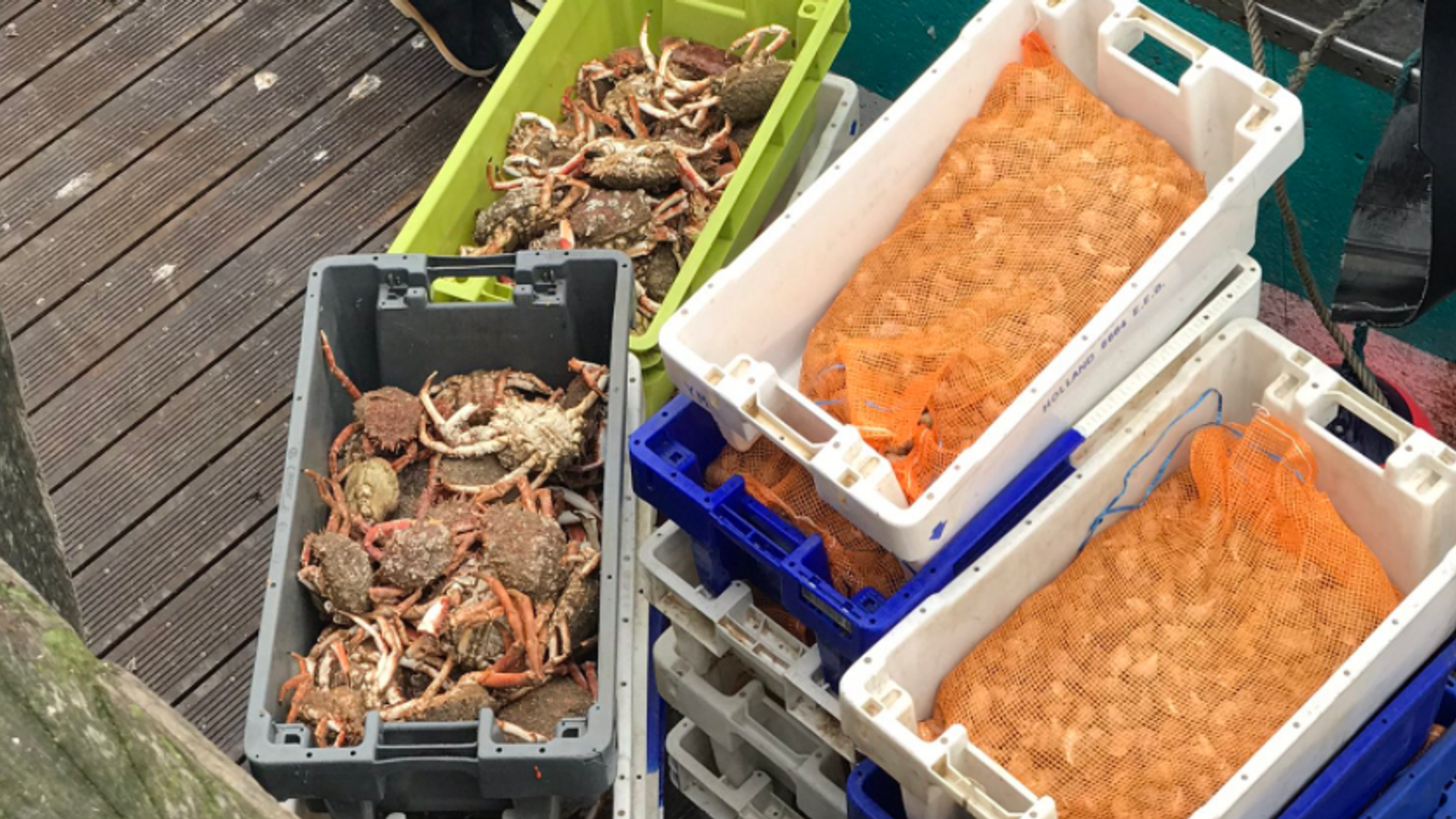 Laurent says that his livelihood depends on accessing lobster and crab pots positioned in British waters and so, along with what he tells me are 1,300 other European boats, he has decided to keep fishing, regardless of official licensing requirements.

His assumption, unsurprisingly, is that the Brexit deal has already assured him access.

So why wait to have a piece of paper that confirms something already announced by both the British government and the European Union?

In his mind, along with every other Boulogne fisherman, the challenge of Brexit has been mitigated, for the time being at least.

But all are aware that, in five years, the deal will change again.

"I am just pleased that it's over because we were so stressed," Laurent says.

"The final few days and hours before the deal were the most stressful time for the industry. But let's see what happens in five years."