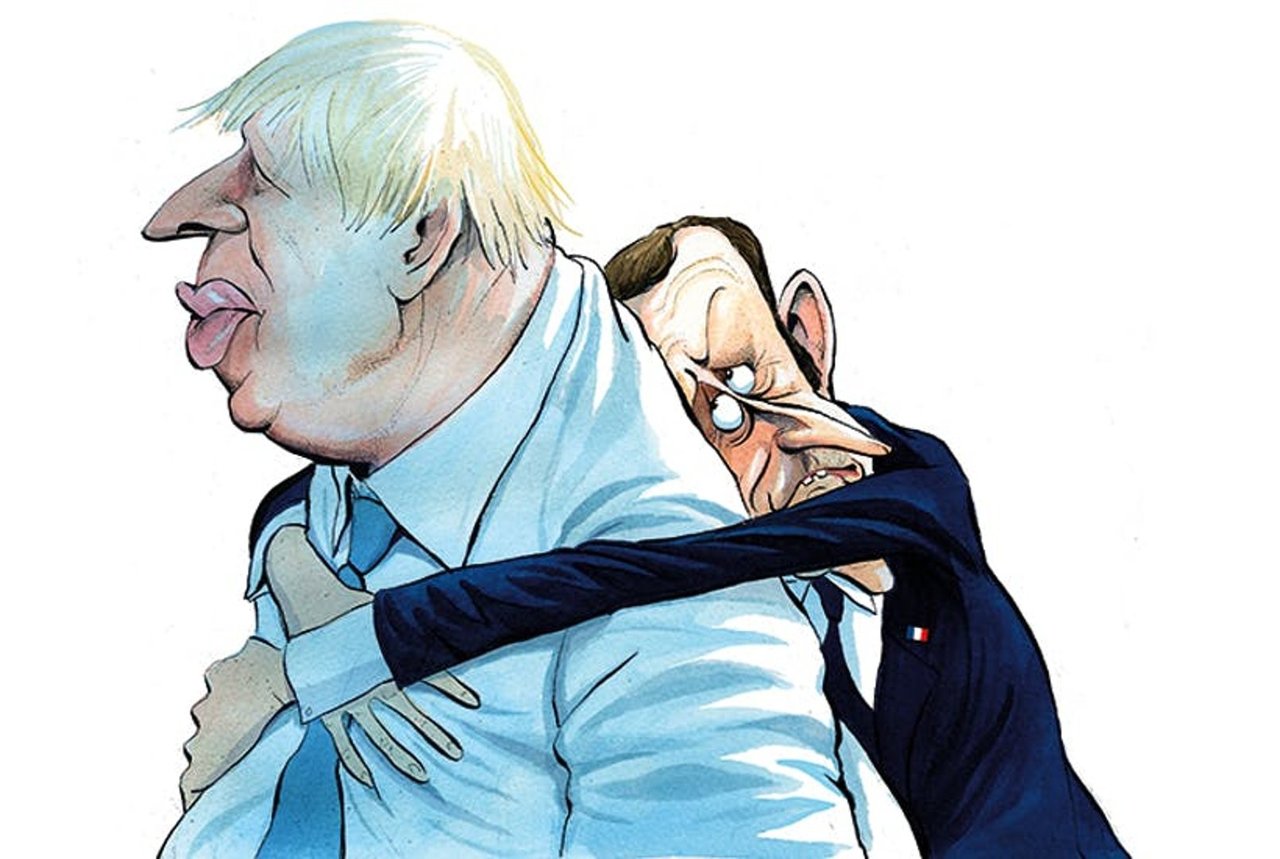 France would be foolish to veto a Brexit deal

ritain and France are heading for an almighty bust-up over Brexit. This morning the French junior minister for European affairs, Clément Beaune, specifically confirmed that if France was unhappy with the final Brexit deal - notably on fishing - it would use its veto. France would carry out ‘her own evaluation’ of the deal and act accordingly, he told radio Europe 1.
Whether there is a deal or not, a blame game is about to be unleashed. Given this late stage, if there is a deal then the French cannot possibly get all they want on fishing. The French Prime Minister said so yesterday to French fishermen at France’s largest fishing port, Boulogne. But that won’t stop President Macron raising merry hell and publicly blaming Britain’s intransigence.

For centuries, such Brit-bashing has gone down well with the French public and Macron needs a distraction from his domestic strife of simultaneous health, security and political crises.

If there is no deal, the British Prime Minister - while not uncomfortable with that outcome - will lay the blame squarely on the French. Historically, that always goes down well with the man on the Clapham omnibus, or today’s red wall voters, albeit not with Guardian readers and the metropolitan middle-classes.

In terms of chauvinistic firepower, then, Macron can outgun Boris. But looked at in the round, France has most to lose from a long-running public row with Britain resulting from no-deal.

First, Macron, whose standing among European leaders and public is seriously patchy, will have to assume responsibility for no-deal just as a number of European states come up to sensitive national elections. He has already burned much political capital with member states and cannot afford to expend more.

But most importantly, France needs Britain even more for foreign policy and defence co-operation across the globe. Macron said so in a keynote speech to French ambassadors two years ago, regardless of Brexit. At present France is a lone and powerless voice on the diplomatic stage - what's more, she is currently militarily overextended (the 5,000 troops in the Sahel are making little progress).

France cannot turn to a militarily self-neutered Germany, whose restrictive rules of engagement reduce her to a glorified camping organisation (however much this would have been a godsend in the past).

France's military and diplomats have high expectations for a new Britain to emerge from its Brexit hibernation, boosted by the recent £16.5 billion increase to the defence budget - already the largest in Europe - and its two new aircraft carriers entering service. France needs the world’s fourth military power.

For that reason, Macron made much of his June visit to London, celebrating the British wartime support for General de Gaulle and his BBC broadcasts to the resistance. Macron spoke of his planned return to London in November, again to celebrate his country's ties with the United Kingdom, this time the tenth anniversary of an unsung Franco-British agreement on defence co-operation.

Covid got the better of that. This substantial but little commented bilateral treaty is the basis for co-operation between Paris and London in everything from defence and security to arms manufacture and nuclear weapons.

One look at the content of this Lancaster House agreement indicates why Macron will not want a UK row to be anything more than for domestic consumption. The resulting combined joint expeditionary force is now at full operating capacity for deployment of 10,000 personnel to an overseas crisis.

Co-operation extends to a joint nuclear weapons facility, complex weapons manufacture on everything from missiles to drones and cyber, and an integrated carrier strike group with HMS Queen Elizabeth II operating for the first time with the French navy's flagship Charles de Gaulle next year.

Since 1995, Britain and France have remained committed to the notion that a vital threat to the interests of one constitutes a vital threat to the interests of the other. With France over-committed internationally and Britain under-committed, even self-proclaimed risk-taker Macron cannot afford a Brexit row to spiral out of control. Even overlooking France’s £9 billion trade surplus with the UK, Boris has the upper hand.
#Covid
Add Comment