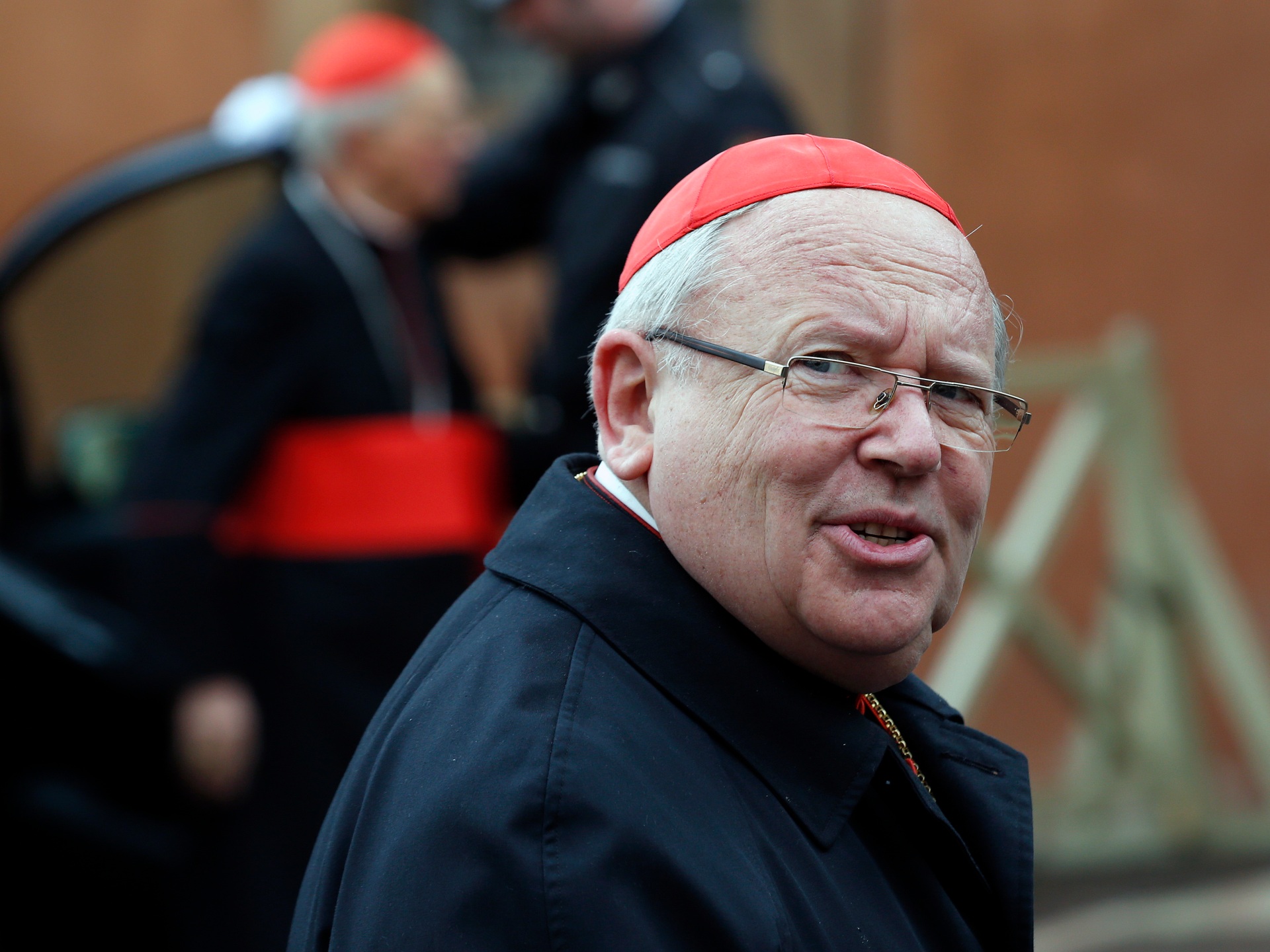 Prosecutors in Marseille probe the facts after a cardinal admits to ‘reprehensible’ acts against a girl in the 1980s.

French prosecutors in Marseille said on Tuesday they had opened an inquiry into child abuse by a French cardinal after he confessed publicly to “reprehensible” acts against a 14-year-old girl in the 1980s.

Jean-Pierre Ricard, a retired bishop who was made a cardinal by Pope Francis in 2016, was named among 11 senior clergymen who face sexual abuse allegations in an announcement by the French Catholic church on Monday.

In a message read out at a conference of bishops, Ricard said: “35 years ago, when I was a priest, I behaved in a reprehensible way towards a girl of 14. There is no doubt that my behaviour caused serious and long-lasting consequences for that person.”

The most serious sexual offences in France such as rape usually have a statute of limitations of 30 years, but the period to bring charges can be extended if the victim was a minor at the time of the offence.

The maximum period for charges for sexual abuse of a minor is usually 20 years from the date at which the victim turns 18.

“A preliminary enquiry has been started to verify the facts of this revelation,” prosecutor Dominique Laurens told the AFP news agency in Marseille where Ricard said the abuse took place.

Judicial sources in Marseille said the bishop of Nice had alerted prosecutors on October 24, after Ricard told him that he had “kissed” a teenage girl.

The confession by the 78-year-old was received “like a shock” by fellow church leaders, the head of the Bishops’ Conference of France, Eric de Moulins-Beaufort, told reporters on Monday at a meeting in the southwestern town of Lourdes.

Ricard served as a bishop in Coutances, Montpellier and most recently in the western city of Bordeaux from 2001 to 2019, when he retired.

“It’s a good thing that he confessed and acknowledged it,” a 70-year-old parishioner in Bordeaux, Martine, told AFP when asked for reaction.

She said it “was a shame that in the Catholic religion we don’t allow priests, archbishops and other people to get married”.

Another 10 bishops, either retired or still serving, face sexual abuse allegations, de Moulins-Beaufort said on Monday in the latest revelations of sexual abuse in the upper reaches of the French church.

French Catholics were rocked last year by the findings of an inquiry that confirmed widespread abuse of minors by priests, deacons and lay members of the Church dating from the 1950s.

It found that 216,000 minors had been abused by clergy over the past 70 years – a number that climbed to 330,000 when claims against lay members of the Church are included, such as teachers at Catholic schools.

That led French bishops to jointly kneel in repentance in November last year during a meeting in Lourdes, the spiritual home of French Catholics.

“It’s more than an earthquake,” Christine Pedotti, the head of the Temoignage Chretien magazine, told AFP. “How can we believe people who were on their knees in Lourdes a year ago?”

She said she feared another exodus of church members, which would deepen the steadily declining influence of the Catholic church in France.

Other senior French clergy have become embroiled in sexual abuse scandals that have undermined the Catholic church in countries from Ireland to Australia to the United States over the last 10 years.

Another French cardinal, Philippe Barbarin, was accused of covering up for a priest who had assaulted dozens of scouts between 1986 and 1991.

He was convicted in 2019 for not reporting the abuse, but had the guilty sentence overturned a year later.

In 2020, he resigned from his role as a cardinal, a position which is usually held for life.

Ricard is expected to tender his resignation to the pope.