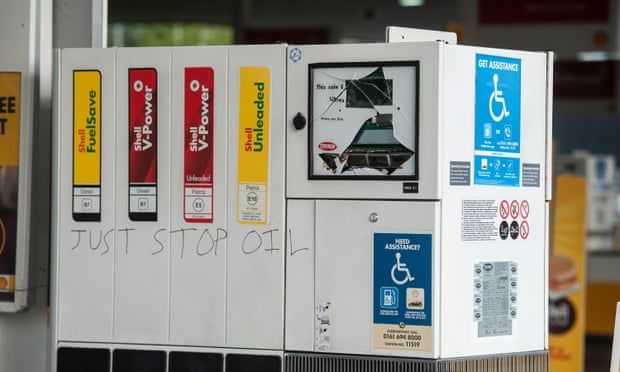 Four other people remain in custody, the force added.

Officers were called to Cobham and Clacket Lane service areas just after 7am on Thursday after reports Just Stop Oil protesters were at the sites and had glued themselves to pumps and blocked access to the forecourts.

Surrey police said in a statement on Friday that 55 pumps in total were damaged during the protests.

McGovern, Alexander, Hawkins and Sharkey appeared at Crawley magistrates’ court on Friday afternoon, the force said. They were released on police bail with conditions imposed by the court.

Bail conditions also included living and sleeping at their home addresses, not affixing themselves to any part of a petrol station or petrol tanker and not associating with other defendants save for prearranged solicitor appointments or at court.