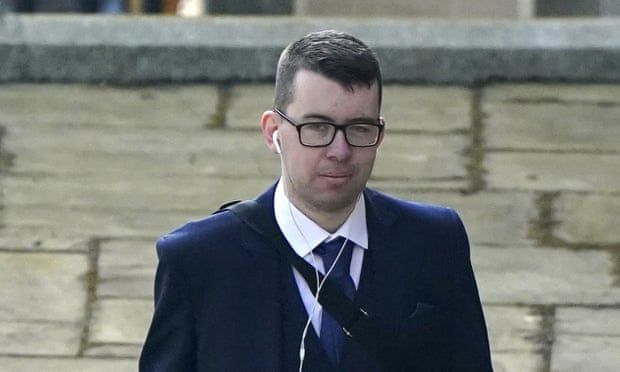 Alex Davies found guilty of being a member of banned National Action group, which aimed to inspire race war
The founder of a violent neo-Nazi group created with the aim of inspiring a race war in the UK has been jailed for eight and a half years.

Alex Davies, described in court as the “biggest Nazi of the lot”, was found guilty of being a member of National Action (NA) after it was proscribed by the UK government.

Davies, 27, from Swansea, set up the “continuity group” NS131 with the aim of getting around the ban, brought in after NA posted “congratulatory” tweets after the murder of the MP Jo Cox.

At the Old Bailey in London, Judge Mark Dennis QC told Davies: “You are an intelligent and educated young man but you have held, over a period of many years, warped and shocking prejudices.”

The judge said that by relaunching NA with the acronym NS131, Davies had tried to hide the group in “plain sight”. He said: “This was a well-orchestrated and determined effort to flout the ban on the activities of National Action and continue to promote and strive to achieve the long-held objectives.”

Members of NA armed themselves with machetes, swords, firearms and crossbows as they plotted “white jihad” across the UK. One man associated with the group was jailed for planning to kill an MP, and another was in close contact with a man imprisoned for a racist machete attack.

At his trial in Winchester, Davies was described by the prosecution as “the founder, the galvaniser, the recruiter … an extremist’s extremist”.
Add Comment