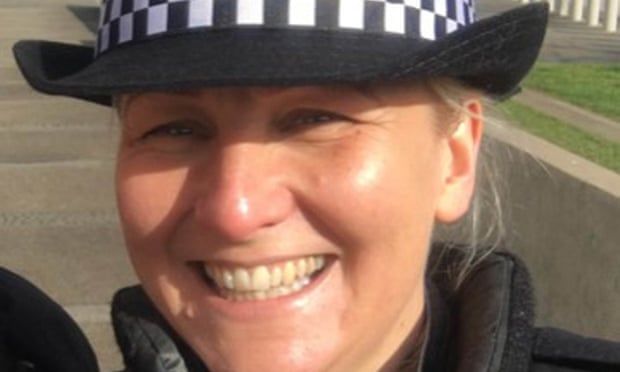 Rhona Malone began her action against the force after a senior police officer said he did not want to see two female armed officers deployed together when there were sufficient male staff on duty.

An employment tribunal heard how Insp Keith Warhurst cited “the obvious differences in physical capacity” and a “balance of testosterone” as reasons for the decision.

When Malone challenged Warhurst, he denied being sexist and threatened to suspend her from duty because she was not acting in a “calm/restrained and controlled manner”.

The employment tribunal also heard of other instances of sexist and misogynistic behaviour, including Warhurst distributing images of topless women on an internal WhatsApp group, Warhurst describing the pregnant wife of another officer as “a fucking fat bitch”, and a senior officer telling one female firearms officer to “fuck off” when she requested a two-piece uniform instead of a boiler suit, to make it easier to use the toilet.

The tribunal found there was an “absolute boys’ club” culture within the armed response unit in Edinburgh where Malone had worked.

In its judgment in October last year, the tribunal upheld Malone’s claims of victimisation but dismissed her claim of direct discrimination.

Malone said no amount of compensation will “ever make up for the pain or sacrifices” she had made – including incurring costs in the region of six figures – but hoped winning would “benefit many women now and in the future”.

However, she criticised both Police Scotland and the Scottish Police Federation, the body that represents rank and file officers, saying that they had “failed” her and “grossly underestimated my determination for acknowledgment and accountability”.

Malone said in a statement to PA Media that her “quest for justice” had “come at great personal risk” adding that it was “sadly one that could have so easily been avoided”.

She said: “At long last I have closure to what has been an excruciating and torturous few years, but one that I hope will benefit many women now and in the future.

“It is important for me to say that had the individuals in positions of trust and authority who victimised and suppressed my pursuit for acknowledgment and accountability been honest, shown moral integrity and empathy for my situation, then perhaps Police Scotland could have taken the opportunity to communicate and evidence a far more progressive and inclusive organisation.

“This would have empowered police officers and made Scotland proud.”

Malone also said that had she received “care and support from the Scottish Police Federation then perhaps Police Scotland would not have responded with contempt or attempted to suppress and deny me justice”.

Her comments came after it was revealed a settlement had been agreed with Police Scotland in which Malone will receive £947,909.07.

In a statement issued on Friday, the force apologised for “its poor response when a dedicated and promising officer raised legitimate concerns. The chief constable also emphasised his personal commitment to leading change in policing in Scotland, which drives equality and inclusion to improve the experiences of all women, including our own officers and staff.”
Add Comment