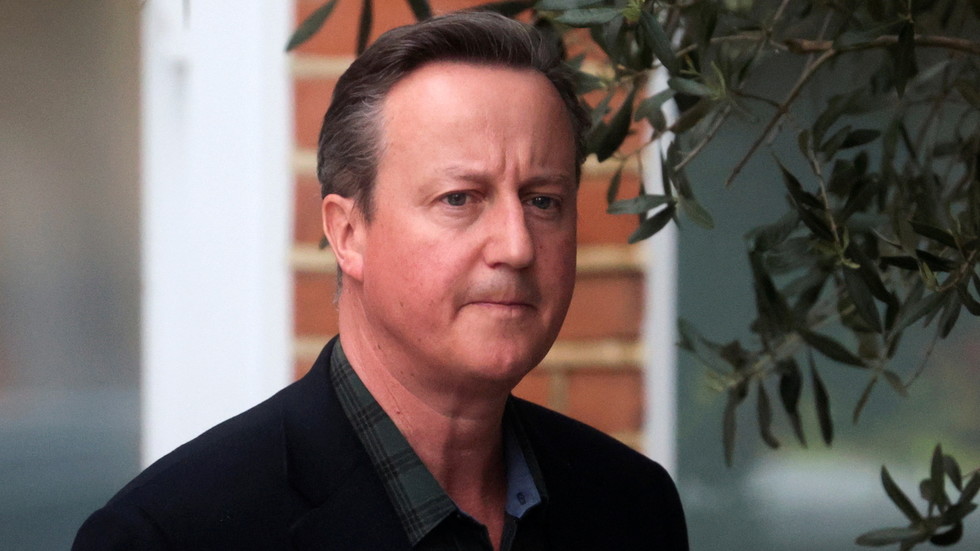 Former British Prime Minister David Cameron has admitted he had shares in a now-collapsed financial firm that he secretly tried to support with cash from a government fund intended for companies hit by the effects of Covid-19.
Giving evidence to the Treasury Committee on Thursday for the first time, Cameron denied he broke lobbying rules.

A string of his text messages to ministers during the pandemic were published by MPs this week, exposing his attempts to seek support for Greensill Capital.

Cameron said he had “no sense” of the supply chain finance firm’s impending collapse before it filed for insolvency in March this year.

After leaving Downing Street, the former PM became an adviser and salaried employee of Greensill, whose “potentially criminal” collapse is now under investigation by the UK’s Financial Conduct Authority, the watchdog has confirmed.

In response to questions about reports that Cameron could have earned £60 million ($84 million) from Greensill, he told MPs he had “a big economic investment” in the company, and said his salary was “far more” than he had received as prime minister.

The scandal around the company blew up this year after reports by the Financial Times and the Times reported that its eponymous founder, Lex Greensill, took advantage of his own close relationships with government departments.

When Cameron was in office, Greensill allegedly used his relationship and influence with the PM so his company could bring in complex payment schemes to Britain’s National Health Service.

The scandal has deepened in recent weeks, with British newspapers reporting that, after leaving office and going to work for Greensill, Cameron attempted to return the favour by lobbying on his behalf last year, when the company encountered cash-flow problems.

MPs published pages of correspondence this week that showed the former PM sent messages to ministers in a bid to get Greensill access to the Treasury and the Bank of England’s Covid Corporate Financing Facility (CCFF) for firms affected by the pandemic.

Cameron signed off “Love DC” at the end of some of the correspondence, and, in one message, asked Chancellor Rishi Sunak to give Greensill’s bid for access to the CCFF a “nudge over the finish line.”

The former Tory leader told MPs on Thursday that lobbying is a “necessary and healthy” part of any democracy, and that he signs off messages “love DC” to anyone he knows “even at all well.”

Both he and Greensill have apologised for the company’s collapse and associated job losses.
#COVID-19  #Covid
Add Comment