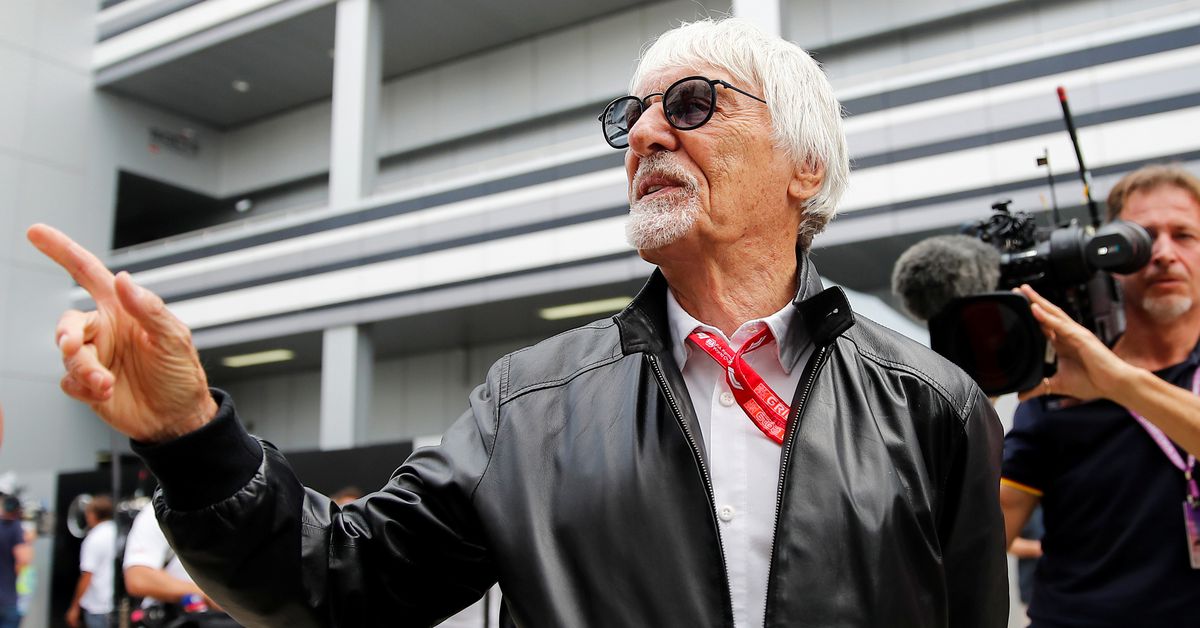 Former Formula One supremo Bernie Ecclestone has been charged with fraud over a failure to declare more than 400 million pounds ($477 million) of overseas assets to the British tax authority, prosecutors said on Monday.
The Crown Prosecution Service said Ecclestone, 91, faced one count of fraud by false representation.

The first hearing in his case is due to be held on Aug. 22 at London's Westminster Magistrates Court.

Contacted by Reuters in Ibiza, Ecclestone said he was yet to see the details.

"I haven't seen that so I don't know so I can't comment," he said when the statement was read to him.

The British billionaire indicated it had not come out of the blue, however.

"It's something that has been talked about happening, but not in the way you said, something a little bit different to that, quite a while ago," he said. "They've probably got all excited again. Let's see what happens."

In 2015, Ecclestone faced a demand from HMRC for payment of more than 1 billion pounds ($1.19 billion) in relation to a family trust.

He said then that HMRC had not respected an agreement made in 2008 over the 'Bambino Trust', set up for the benefit of his ex-wife Slavica and daughters Tamara and Petra, and he was taking legal action.

The Briton was ousted as Formula One supremo in 2017 when U.S.-based Liberty Media took over the sport's commercial rights.

He maintains an office in London but now spends most of his time abroad, with residences in Switzerland and Ibiza as well as a farm in Brazil.

He has continued to make headlines however, and in May Brazilian police said they had arrested him after finding a handgun in his luggage as he was trying to leave the country.

Ecclestone acknowledged owning it but said he was unaware it was in his luggage. He was freed to leave after paying bail.

The businessman, who has a history of controversial comments, caused offence and drew condemnation in June when he defended Russian President Vladimir Putin in a television interview as a "first class person" he would "take a bullet" for.

He apologised in a video released on Saturday, saying he was not defending the Russian invasion of Ukraine.