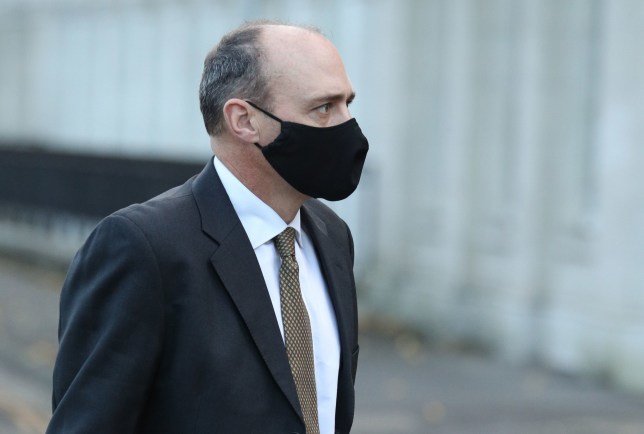 Matthew Mowbray, from Locks Heath, Southampton, entered boys’ rooms late at night on the pretext of discussing schoolwork before touching them for his own ‘sexual gratification’, Reading Crown Court heard. On Wednesday he was found guilty of eight charges and not guilty of one count of sexual activity with a child against a girl.

The father, 49, admitted downloading hundreds of indecent images of children, as well as superimposing pupils’ faces on to the naked bodies of unknown children on his computer. He had denied nine counts of sexual activity with a child against four boys and one girl over a period of several years.

Mowbray remained expressionless and clutched a face mask as the verdicts were read out, after the jury had deliberated for six hours and 34 minutes.

Presiding judge Heather Norton QC told Mowbray that it was ‘inevitable’ that he would receive a prison sentence.

She added: ‘You should prepare yourself for that’.

One victim from the prestigious Berkshire school told jurors that Mowbray made physical contact with him during late-night visits to his bedroom on ‘five to six occasions’.

In a statement read out in court, the victim said Mowbray came into the room ‘in the dark’ and sat on his bed while chatting to him. 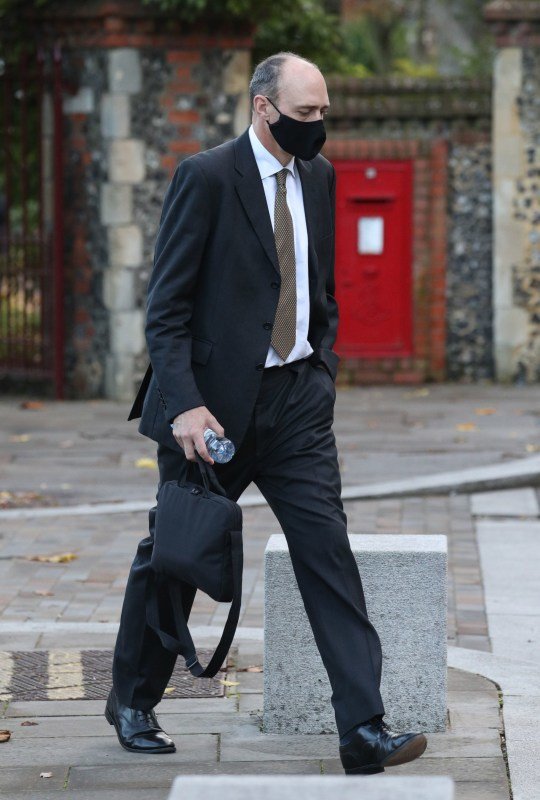 Mowbray was found not guilty on one other count

He said: ‘While he was doing so he would gently put his hand down on my thigh and knee and rub his hand up and down my thigh over and over.

After a boy made a complaint about Mowbray touching him, prosecutor John Price QC said the teacher sent an email to the deputy headmaster in which he wrote: ‘A big part of the awful feeling I have of the situation is that, regardless of whether it’s true or not, it would be impossible to stop the rumours that will inevitably spread among the boys and around the school.

‘It leaves me with a feeling I will never go back to normal unless this is managed very carefully.’

Mr Price told jurors: ‘When he spoke of (the victim’s) complaint being managed very carefully so that he can get back to normal, did he mean prevent it coming out to minimise risk of others coming forward?’

Jurors had previously heard that one victims told police that Mowbray had ‘put his head on my arm, basically laid down on me without putting his legs up’.

Mowbray had previously pleaded guilty to six counts of making indecent images of children and one count of voyeurism in relation to a series of covertly filmed images showing a boy getting dressed at the school near Windsor.

On the charges the former geography teacher denied, defence counsel Sallie Bennett-Jenkins QC said: ‘There’s no covert, surreptitious behaviour, no overt sexual touching, no words to accompany the touching such that it was to convert it into something sexual.’

She said Mowbray was ‘well-respected’ by students and that he had sat and chatted with the boys and occasionally put his hand on them ‘as a gesture of comfort’.

Mowbray did not give evidence during the trial.

He is due to be sentenced at Reading Crown Court at a later date.

Mowbray was granted bail on the condition that he does not contact parents or staff from Eton College, must not enter the school or the surrounding area, and must not have unsupervised contact with children under the age of 16.

The Head Master of Eton College today apologised unreservedly to the victims and paid tribute to their ‘extraordinary courage and dignity’.

Simon Henderson said: ‘I am outraged at the way Mr Mowbray abused his position of trust and betrayed those in his care.

‘It is a difficult truth that many of us – colleagues, pupils and parents – trusted a man who succeeded in hiding his criminal conduct for so long. There is a palpable sense of betrayal, coupled with shock and deep regret that we did not identify his offending earlier.

‘We shall all be redoubling our efforts to ensure that Eton remains an ever more open and supportive environment for all of our pupils, so that they can continue to feel confident to come forward with any concerns that they may have.’