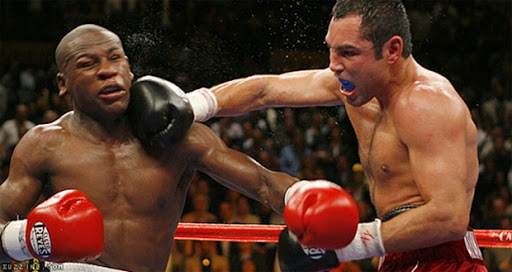 Boxer Floyd Mayweather will release his own NFTs before the upcoming bout with Youtuber Logan Paul. The exclusive collection celebrates Mayweather’s legacy in life and sport with unique items.

The NFTs will represent а digital collection of artwork, animations, and rare memorabilia offered to boxing fans and non-fungible token (NFT) collectors around the world. The exclusive pieces will be released later this month, ahead of Mayweather’s exhibition match with famous Youtuber and now boxer Logan Paul in early June. Speaking about the initiative, the boxing icon stated:

“I started from nothing and beat all the odds to achieve what I did in my career and I think that’s the American dream… These digital collectibles give everyone a chance to be part of the Mayweather legacy.”

The items in the NFT collection will be secured using blockchain technology. Non-fungible tokens (NFTs) provide a reliable means to prove ownership of various digital artifacts such as images and videos using distributed ledgers. They have enjoyed a growing popularity and Mayweather Jr. now joins an expanding club of artists, athletes, and other celebrities who have issued NFTs. Logan Paul launched his own tokens in February, reportedly making millions from their sale.

The pieces in the unique collection are being designed by Reality Gaming Group, a publisher of blockchain-based digital entertainment, which works in partnership with Ironbend, provider of turnkey digital NFT solutions and NFT production company Zytara Labs.

The NFT drop is scheduled for May 26, ahead of Mayweather’s fight with Paul on June 6. Floyd “Money” Mayweather is coming out of his retirement with 50 wins in his professional record to face the young Youtube influencer who has over 20 million subscribers but only one professional boxing match that he lost to British Youtuber and rapper KSI.


“As anticipation of the event builds, this NFT drop will offer rare, must-have digital collectibles for both NFT collectors as well as die-hard Floyd Mayweather fans from around the world,” a press release detailed. “The officially licensed content will be of the highest quality and fans can start collecting the limited-edition items secure in the knowledge that they will own a unique piece of Floyd Mayweather’s legacy,” said Reality Gaming CEO Morten Rongaard.

Mayweather’s NFT endeavor is not his first foray into the cryptocurrency world. Four years ago, the boxing icon began promoting token sales in initial coin offerings (ICOs). Then in late 2018, the U.S. Securities and Exchange Commission fined the boxer for his involvement in unlawful ICO promotion and he agreed to pay over $600,000 to settle the charges. The SEC found that Mayweather had failed to disclose promotional payments he received from three ICO issuers.