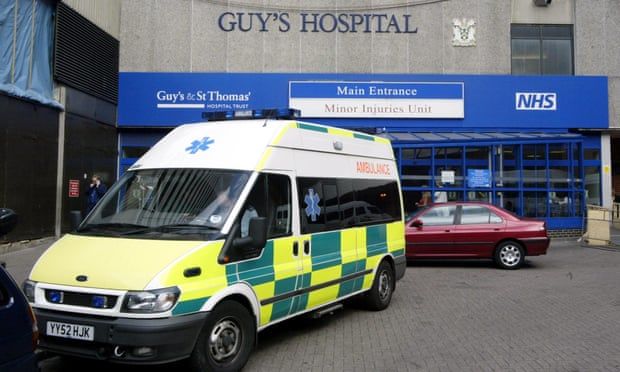 The patient, who had a weakened immune system, caught the virus in 2020 and tested positive for Covid for 505 days before they died. Previously, the longest known PCR-confirmed case of Covid was a US cancer survivor in her 40s who tested positive for 335 days.

Researchers at King’s College London and Guy’s and St Thomas’ NHS foundation trust followed nine patients with persistent Covid to see how the virus evolved over the course of their infection. All of the patients had weakened immune systems due to organ transplantation, HIV, cancer or therapies for other illnesses.

The infections typically persisted for 10 weeks or so, but two patients had the virus for more than a year. In addition to the patient who was infected for 505 days, a second has so far tested positive for 412 days and may exceed the 505-day record at their next follow-up appointment. Last summer, doctors in Bristol revealed that a 72-year-old patient, Dave Smith, had tested positive for nearly 10 months.

Patients with weakened immune systems are particularly vulnerable to long-running Covid infections. In the latest study, four of the nine patients died, with Covid contributing to perhaps a third to half of those deaths. Persistent infections may also be a source of new Covid variants because the virus acquires fresh mutations as it evolves in the patient.

“These individuals seem to have a very poor outcome when they have persistent infection,” said Dr Luke Blagdon Snell, a clinical research fellow at Guy’s. “There’s an imperative to develop better treatments to clear infections for the patient’s own benefit. It may also have the added benefit of preventing the emergence of variants, but that is not yet clear.”

Genetic analyses revealed that in five of the nine patients, the virus acquired at least one mutation found in the variants of concern that are prone to drive major waves of disease. The virus obtained from the patient who was infected for 505 days carried 10 mutations that arose separately in several major variants including Alpha, Gamma and Omicron.

Many scientists suspect that some variants of concern, such as Alpha, arose in patients with persistent infections, but other sources of new variants are possible, such as animals that contract the virus and then pass it back to humans. Snell said none of the mutated viruses found in the study’s patients appeared to have spread beyond the infected individuals.

One patient in the study is likely to have had a rare “occult” infection, meaning they tested negative on PCR for Covid despite having an ongoing infection. After falling ill with the Alpha variant in 2021, the patient’s symptoms subsided and they tested negative several times, but later saw the Alpha variant bounce back and cause further symptoms, despite the variant no longer being present in the UK. The patient had not travelled outside the country. The virus may have been lurking deep in their lungs where nose and throat swabs could not detect it, Snell said.

Dr Gaia Nebbia, a co-author of the study, said new treatment strategies “are urgently needed” to help patients clear persistent infections. “This may also prevent the emergence of variants,” she said. The work is to be presented at the European Congress of Clinical Microbiology and Infectious Diseases in Lisbon on Friday,

Paul Hunter, a professor of medicine at the University of East Anglia, who was not involved in the study, said there may be some people who never clear their Covid infections. While antiviral drugs and antibody therapies help many patients, the antibody treatments in clinics today are less effective against Omicron than previous variants. “Equally important would be to manage the underlying cause of the immune suppression in the hope that the person’s immune system could recover,” Hunter said.
#Covid
Add Comment