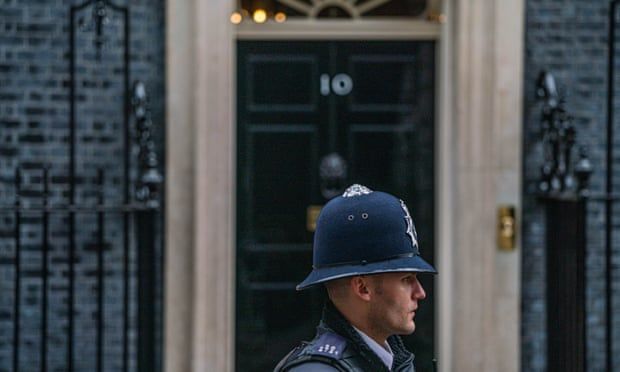 Met police send out penalty notices to those it has ‘reasonable belief’ attended gatherings at No 10
Officials have begun to receive emails giving out £50 fines for attending Downing Street parties, according to sources.

After the Metropolitan police said on Monday that they were issuing 20 penalty notices, emails have gone out to some of those involved, who the police “have a reasonable belief” attended gatherings during lockdown.

Government sources said the Met appeared to have tackled the “low-hanging fruit first” by concentrating on parties where those involved had acknowledged their participation.

The Met suggested the fines were issued as part of a “first tranche”, indicating that more could be handed out in relation to more complicated events where those involved are denying having attended illegal gatherings.

One of the events where some of the people in attendance are believed to have got fines is a leaving party on 18 June, which was held for a departing No 10 aide.

There is little transparency over the issuing of fines, with civil servants not obliged to tell their bosses if they have received penalty notices. The Met is also not providing a breakdown of which out of 12 events being investigated have led to fines so far.

No 10 has said it will provide an update if Boris Johnson receives a fixed penalty notice. The prime minister is believed to have been present at several of the gatherings under investigation, including a birthday party and a gathering in the garden of No 10 organised by his principal private secretary, Martin Reynolds.

However, he has refused to accept that a fine would mean he has broken the law, and his allies suggest he would not resign if he is issued with a penalty.

In contrast, Kit Malthouse, the policing minister, appeared to back the view of two cabinet colleagues in stating that the issuing of partygate fines is evidence that police believe the law has been broken.

Malthouse, a Home Office minister, said it was fair to say a fixed-penalty notice (FPN) signalled police felt an unlawful act had been committed.

Speaking to BBC Breakfast, Malthouse said: “A fixed-penalty notice means police have a reasonable belief that you’ve broken the law – you still have a right to challenge it if you want.

“Having said that, the police practice is not routinely to release the names of those who receive fixed penalties, and I don’t see why that rule should be waived for those people who may or may not be in receipt of it in Downing Street.”

Malthouse, who attends cabinet, said he had not personally received a fine in relation to the Scotland Yard investigation, but he would declare it if he did.
#Boris Johnson  #Johnson
Add Comment