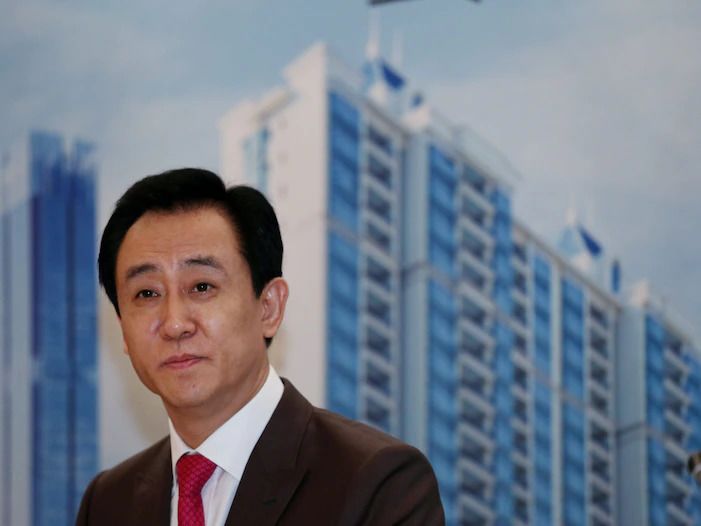 The government has stepped in to manage Evergrande's crisis after it said there was 'no guarantee' it would have enough funds to meet debt repayments.
Chinese authorities are auditing the assets of embattled real estate developer China Evergrande and its billionaire founder, Hui Ka Yan, Reuters reported.

The audit aims to determine the value of the assets and uncover any hidden assets, according to Reuters, citing two sources with direct knowledge of the matter. The exercise will also enable authorities to decide if Evergrande would require a bailout that involves state-owned entities, they told Reuters.

China's government has stepped in to oversee Evergrande's debt crisis after the real estate giant announced earlier this month that there was "no guarantee" it would have enough funds to meet debt repayments.

Shenzhen-headquartered Evergrande is the world's most indebted property developer, with $300 billion in liabilities. Investors are scrutinizing its every move as they fear its collapse could have a domino effect on China's economy — possibly sending the rest of the world into a financial crisis.

Fitch Ratings has already cut its rating on the company last week and said it considered the property giant to be in default after two subsidiaries missed coupon payments.

Regulators have sought to assure the market that Evergrande's troubles are ring-fenced and managed — but the Chinese government has also signaled there will be no outright bailout for the real estate giant. The market is now expecting a long-drawn restructuring mirroring high-profile meltdowns Beijing has handled in the past.

And Evergrande has divested some businesses to raise cash, including Chinese streaming platform HengTen and Dutch electric motor maker e-Traction.

The developer's troubles have already personally cost its billionaire founder and chairman. Hui has reportedly been selling and pledging assets to keep the company afloat after the Chinese government instructed him to use his own money to pay down company debt, unnamed sources told Bloomberg in October.

Last week, Hui was forced to sell 277.8 million pledged Evergrande shares after an unnamed third party enforced a "security interest" in them. He still owns about 60% of the company and is worth about $6 billion, according to the Bloomberg Billionaires Index.